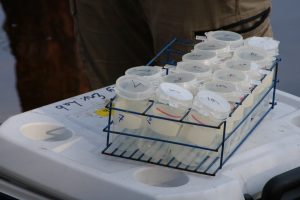 Water samples from the Estero River collected in 2019

The physical and emotional toll mounted for Jake Voth as he and his crew from ISC Materials cleaned the sand along Southwest Florida’s beaches, removing pieces of destroyed homes – twisted metals, tricycles, stuffed animals, family photos stuck together – from the deluge of Hurricane Ian.

As a child, Voth visited Fort Myers Beach with his family nearly every summer.

“We’d come to the Neptune Resort and Outrigger,” he said. “When I told my sister they were destroyed, she cried.”

Four million cubic yards of debris have been picked up in Lee County alone. To give some perspective, the average pick-up truck would have to make 1.6 million trips to the junkyard.

Tamara Pigott, executive director of the Fort Myers Visitors and Convention Bureau, said no estimates have been made on the hurricane’s impact to the local economy, but she pointed out tourists spent $3.7 billion in Lee County in 2021 and spent $2.6 billion from January through June 2022.

“In order to assist with the long-term economic recovery, it is critical that we promote the businesses that are open,” Pigott said. “But, we have avoided any blanket statements that would convey that the entire area is open.”

With so much hurricane damage along the coastline, Pigot said it’s unknown when Lee County beaches will reopen.

Gasparilla State Island Park is open, and Naples has reopened several beach accesses, but the city still cautions visitors about potential hazards lurking under the sand and in the water. 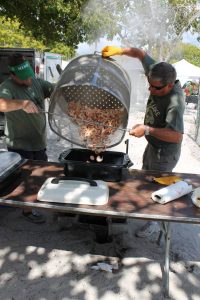 Cleaning the beaches is a big step to Southwest Florida’s recovery. But it’s just part of the 1-2 punch Hurricane Ian delivered.

The other part is the water. It’s not just the debris that went into the Gulf of Mexico, but there’s also red tide and flesh-eating bacteria to worry about.

Adam Catasus, a marine scientist and coordinator of FGCU’s Vester Education and Research Center, gave compelling evidence for why it’s a bad idea for anyone to go into the water anytime soon. Think of Hurricane Ian being to the Gulf waters what COVID was to the local population.

“It’s like the flu – I tell people everything got messed up,” Catasus said. “And it’s a big area, from south Sarasota to Marco Island. That’s a big chunk of coastline. It has economic and environmental aspects.”

Catasus was chief scientist for The Water School in a collaborative effort to collect water samples for seven days following Hurricane Ian. The Water School partnered with the Florida Institute of Oceanography and the Sanibel-Captiva Conservation Foundation. Satellite equipment from the University of South Florida helped them find red tide blooms.

“The bottom was completely stirred up. Within the sediment on the bottom is stored nutrients that have other chemicals and compounds that initiate different blooms which are released when hurricanes hit,” Catasus said.

Heavy rains, storm surge and flood waters caused ground scrubbing which washed pollutants into local waterways – nitrogen and phosphorous from fertilizers and animal and human feces (from antiquated septic systems). This toxic cocktail would cause any waterway to become sick. 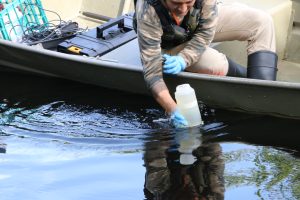 Red tide blooms produce brevetoxins, potent neurotoxins that cause various species of marine wildlife to get sick or die. Even walking the beach can be dangerous because the blooms release toxins that make the throat itchy and nose tingly.

“This is similar to 2017 when we had two years of red tide (following Hurricane Irma),” Catasus observed.

The seafood business – estimated at nearly $14 billion – suffered massive blows after the effects of the hurricane turned the Gulf of Mexico into a toxic dumping ground.

Fort Myers’ Sailing School was forced to move this year after marinas were totaled on Fort Myers Beach, Captiva Island and Cape Coral. Fishing boat captains lost many of their tours. Service-industry workers and musicians lost their coastal gigs.

Hotels – which have pockets of space available in early 2023 – are working with the Lee County Tourism and Visitors Convention Center on marketing campaigns.

The questions is, will golfing, shopping and eating outdoors in 70- and 80-degree weather be enough for winter visitors – without the beach?

The Gulf’s healing waters are amazing, but it will take time, Catasus said.

Reconstruction of Fort Myers Beach, Sanibel Island, the Naples Pier and other coastal tourist attractions doesn’t seem to be slowing the demand for seasonal rentals in Estero, where the majority of residences and businesses were not greatly affected by Hurricane Ian. 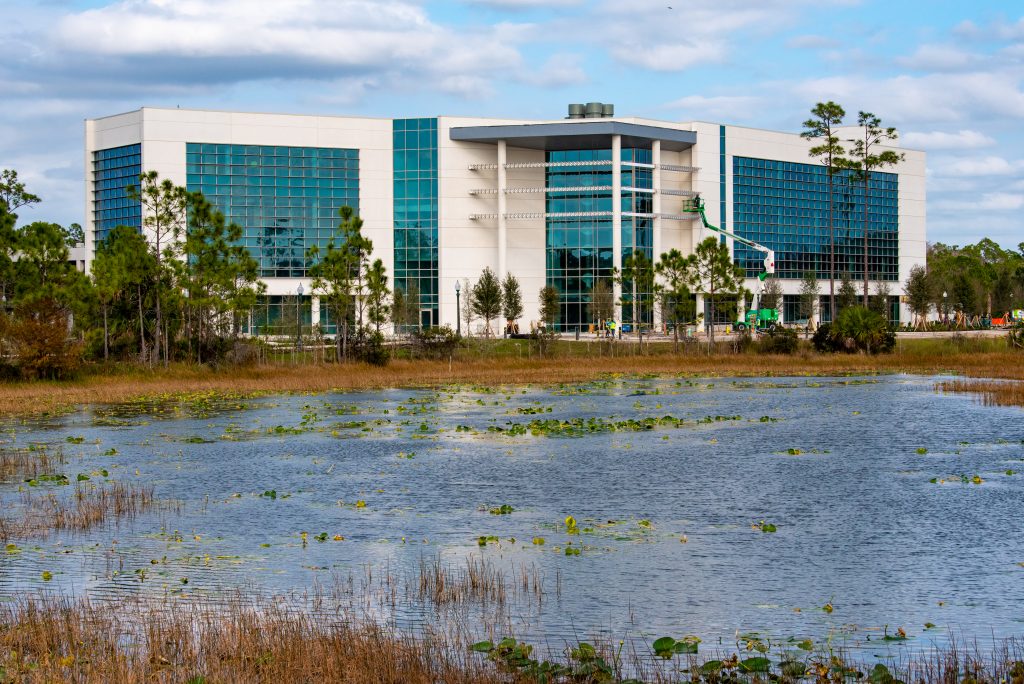