Motorists will soon know when they’ve entered the Village of Estero as they drive along U.S. 41/Tamiami Trail. The Village, in partnership with the Florida Department of Transportation (FDOT), is planning to beautify the medians within Estero’s boundaries along this major north-south artery to create a distinctly “Estero” look.

FDOT has agreed to pay for initial installation costs — projected to be around $750,000 — while the Village will assume maintenance responsibilities for the median’s upkeep, estimated at $100,000 annually. The result will be a distinctive landscaping pattern which will run through the Village of Estero, extending from the northern boundary (just north of Estero Parkway) down to the Village’s southern boundary (south of Coconut Road).

The purpose for this project is simple; the Village and FDOT want to create a sustainable, beautiful corridor through Estero. Aesthetically, the design incorporates botanicals which will provide distinctive coloring patterns, as well as gray/silver undertones, which will generate a look and feel unique to the Village of Estero. The proposed design combines both native and non-native plants, with the requirement that all horticulture included provide for relatively simple maintenance. This is being done to ensure that maintenance costs for the Village will be limited over time. The Village’s leadership aims to manage not only for the present, but also the future, by considering future budget implications in every decision.

Although the specific timeline for this project has not yet been officially established, it is expected that installation will be completed in the summer of 2018. This project represents one of several significant beautification and infrastructure improvement efforts to be completed within the Village of Estero next year. 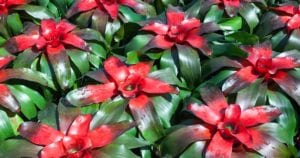 The current design for median landscaping along U.S. 41 is preliminary, with specific details to be finalized in the months to come. The conceptual plan shows yellow-flowering Perennial Peanut for ground cover, along with Carissa plants. Color will be added by bromeliads and bougainvillea. Trees include live oaks and palm trees.

Once the design has been finalized, FDOT will come before the Village Council and publicly present the plan in its entirety, including a clear project timeline and final cost projections. The Village of Estero looks forward to continuing this partnership with FDOT in the months and years to come.