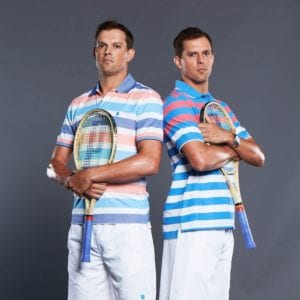 Witten is an ATP-ranked player from Naples, and Encalada brings the Estero rivalry as director of tennis at The Cascades.

“Jesse and Manny have that impressive combination of power and speed,” says Harrington. All three players are perennial powerhouses in the Naples and Southwest Florida Pro leagues. “But (Orlando-based) Robert and I have every intention of returning the title to Shadow Wood.” 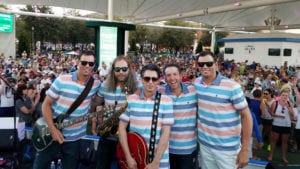 Encalada, who has represented his native Ecuador in the Davis Cup, is in his seventh year supervising tennis at Cascades and looks forward to the PROSHOT Tournament each year.

“I especially appreciate the camaraderie of the club pros (in Southwest Florida),” he says. “We compete hard against each other. But more important, we support each other.”

Off the court, friends say the burly Witten is a laid-back, easy-going dude. On the court he is an explosive, athletic player with strong groundstrokes, superb foot speed and a formidable return game. In January, he reached the semifinals of a $15,000 ATP Pro Circuit tournament in Naples, and he has played in all four of the Grand Slam Singles events. 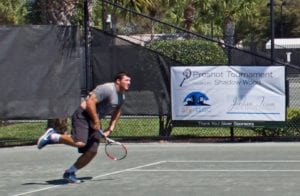 The women’s field is headed by WTA tour player Mara Schmidt and former Big East Player of the Year and Notre Dame standout Britney Sanders. A Friday evening clinic with the pros will kick off the event. Saturday’s action includes a morning Pro-Am. The professional final is scheduled for March 10 at 1:30 p.m. A portion of the PROSHOT proceeds will be donated to the Shadow Wood Charitable Foundation.

“It’s a great place to be on a Saturday if you want to see some quality tennis and not break your budget,” says PROSHOT Director Sharon Rosen.

Madisen’s Match
Southwest Florida’s biggest charitable tennis tournament is celebrating 10 years of giving. Duane Chaney established Madisen’s Match in 2008 after his three-year-old niece, Madisen Abramson, was diagnosed with an inoperable brain tumor. He decided to use his love of tennis as a way to raise funds for cancer charities. 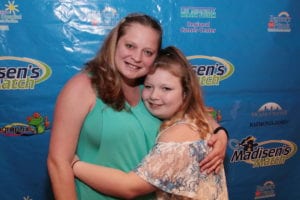 “The event started with small aspirations, and we felt lucky to be able to raise a little money,” says Chaney. Momentum grew when tennis coach and former pro player Tom Gullikson jumped onboard (his twin brother died of brain cancer). “It just kept growing and got bigger and bigger. I can’t believe what it is today.”

To date, Madisen’s Match has raised more than $650,000 benefitting national and Southwest Florida charities including the Brain Tumor Navigator Program at the Regional Cancer Center, Barbara’s Friends-The Golisano Children’s Hospital Cancer Center Fund, and the Tim and Tom Gullikson Foundation. The “Madisen’s Match Activity Room” at Golisano Children’s Hospital was funded by a $75,000 donation from this annual event. 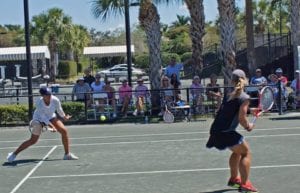 Today, Madisen is 13, and her tumor is stable, showing no signs of growth. Her uncle is looking forward to giving her a tour of the new children’s hospital including her namesake playroom. Madisen and her family will visit from their home in Maryland to serve as guests of honor at Madisen’s Match.

Madisen’s Match festivities begin Sunday, March 18, with the 10th Anniversary Gala Celebration and Auction at Miromar Lakes Beach & Golf Club. There, the Bryan Brothers will trade their tennis rackets for guitars to rock out poolside at the Miromar Lakes clubhouse alongside Jim Bogios, drummer for the Grammy Award-winning 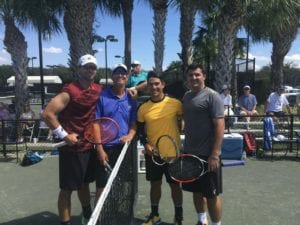 The Madisen’s Match Legends Tennis Camp happens Monday morning at Miromar Lakes, followed by a Pro-Am tournament at 1 p.m. The grand finale will be the Golisano Children’s Hospital Pro Tennis Classic. For the fist time, it will be held indoors at the new Suncoast Credit Union Arena on the campus of Florida SouthWestern State College at 6 p.m. 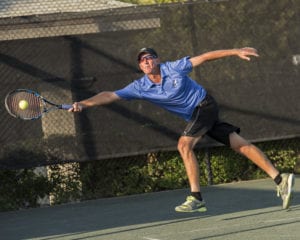 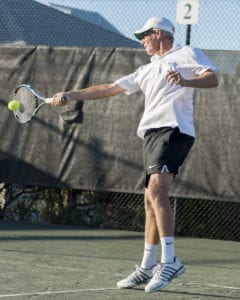