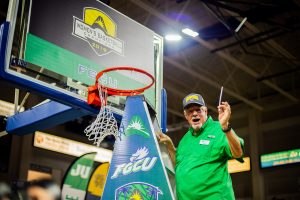 Michael V. Martin, PhD, is a president of the people, and anyone on campus at Florida Gulf Coast University who knows him will tell you so. He can easily be found chatting with spectators at a basketball game or handing out water to new students on move-in day. One of Martin’s favorite weekly routines is grabbing a cup of joe at the Cohen Center and having casual coffee talk with students.

Martin planned to retire this month and hang his hat after more than 50 distinguished years in academia. However, the FGCU Board of Trustees chose to reopen their search for a new president after two finalists withdrew in mid-November. Martin graciously agreed to stay on. As a leader, Martin might be a hard act to follow.

During Hurricane Irma in 2017, he slept on the floor of the Campus Support Complex, along with members of his leadership team and staff volunteers, to ensure his availability for any potential situation. That roll-up-your-sleeves attitude and approachability perfectly illustrates his leadership style.

This has been no ordinary tenure – two major hurricanes and a worldwide pandemic could have easily derailed plans for progress – but under Martin’s leadership, enrollment continued to rise despite COVID-19. When the pandemic hit, faculty and students collaborated over a three-day weekend to convert FGCU’s traditional campus entirely to online learning. Martin is quick to commend the determination and creativity of his staff and students during that uniquely challenging time.

“There are always benefits that come from everything – and one of the benefits that really has stuck with me is the number of outstanding people I came to appreciate who stepped up during difficult times and really sacrificed, in many instances, but brought their talents and their commitment to this place and this community, from both inside and outside of the university,” he said.

Martin takes pride in the staff he has brought on during his presidency, which began in July 2017. In fact, he considers the FGCU staff one of his greatest accomplishments. 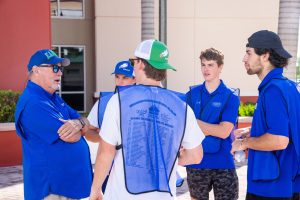 “We’ve built a team here in administration over the last five years that will serve this place for a long time very effectively – really some wonderful people that are colleagues everyday in the process of continuing to develop, advance and seek excellence at FGCU,” he said.

Martin also credits the work of the three presidents who preceded him, Roy McTarnaghan, William Merwin and Wilson “Brad” Bradshaw, for advancing the university so rapidly. Martin visited the FGCU campus in its infancy in 1999 when his friend, Gene Hemp, briefly served as interim president. Upon Martin’s return 18 years later, he was surprised to find a campus that had flourished far beyond what he would’ve predicted.

“I’ve never been happier to be wrong,” Martin reflects. “What I was struck with almost immediately was how much the institution matured in a relatively short period of time. I think that’s a testament to many, but certainly my three predecessors.”

Martin believes his role — and that of all educators — is one of transformation.

In 25 years, FGCU has developed several highly rated programs, including entrepreneurship and nursing. According to Martin, FGCU has the highest pass rate for first attempts at the nursing qualifying exam of any university in the state.

“We didn’t do this by simply calling out the best students — we did it by giving students a ladder and not a filter,” he said.

Jon Brunner, PhD, a licensed psychologist and the senior director of Counseling and Psychological Services at FGCU, attests to Martin’s commitment to student success.

“There are few university presidents who have the degree of heart that President Martin has for students,” Brunner said.

“Having personally experienced the ‘ladder’ of higher education, President Martin is a dedicated champion for first-time-in-college students, and he looked through the lens of student success in every aspect of his design for the university experience.” 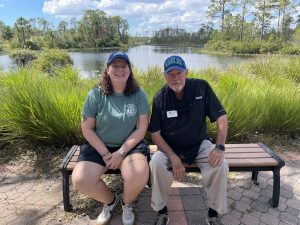 During his time as university president, Martin built strong relationships with state lawmakers to ensure FGCU received funding for new programs and new facilities on campus, notably the recent addition of the nearly $58 million water school. The new four-story building, which opened for classes in August 2022, has roughly 58,000 square feet of research lab space and 23,000 square feet of classroom space. It is the largest building on FGCU’s campus.

With this vital expansion, FGCU can conduct better research on some of Southwest Florida’s biggest issues including freshwater pollution, rising sea levels and algae blooms — which benefits the entire region.

“President Martin set Florida Gulf Coast University on a new path to growth and increased impact in the region by reminding anyone who would listen that great universities serve not only students but also the communities that surround them,” said Greg Tolley, PhD, professor of marine science and executive director of The Water School.

Martin has served on the boards of several community, state and national organizations throughout his career. Locally, he has lent his expertise to the Foundation for Lee County Schools, the Horizon Council and the Chamber of Commerce.

“Since his first days in office, it was clear that Dr. Martin’s genuine interest was in serving not just the interests of FGCU, but those of our community. His pivotal leadership in the timely creation of The Water School will be part of his lasting legacy in the State of Florida,” said Rob Moher, president and CEO of the Conservancy of Southwest Florida. “The Conservancy is proud to feature Dr. Martin as part of our ‘I Stand’ campaign for his leadership role in advancing solutions to our environmental challenges in the region.”

Looking ahead, Martin has some clear ideas to share with his successor.

“More than anything else, the next president must continue to connect to the community — to listen, to explain what’s going on, to engage and be party to many of the things that happen here,” he said.

“The next president needs to embrace the notion of regional comprehensiveness.” 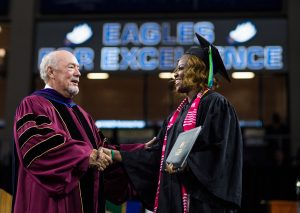 On a more personal level, Martin suggests the new president get to know the people who make FGCU great, from staff to students and faculty members.

“Make it enough of your life that you enjoy coming here,” he said. “My advice has always been, engage and you’ll come to really find things above and beyond the paycheck that make this place worth participating in.”

Martin’s retirement plans include road tripping around the nation, stopping at various cities to visit with former colleagues, relatives and old friends — and playing a little golf. He and wife Jan will keep their “home base” here in Southwest Florida while also spending time at their home in Minnesota, where most of their family lives. The thing Martin looks forward to most in retirement is more time for “being grandpa” to his 10- and 7-year-old grandchildren.

But he will miss some things, too.

“The energy that you get from a campus, from the students that are here, is hard to describe and impossible to replace,” he said.

Many of the students are going to miss President Martin just as much.

“Dr. Martin has been a tireless advocate for students at FGCU while being accessible,” said FGCU Student Body President Grace Brannigan. “He has always been ‘the president next door’ who students knew they could speak to if they had a concern. He’s done a lot for FGCU, and I know that I speak for a lot of people when I say I’ll be sad to see him go.” 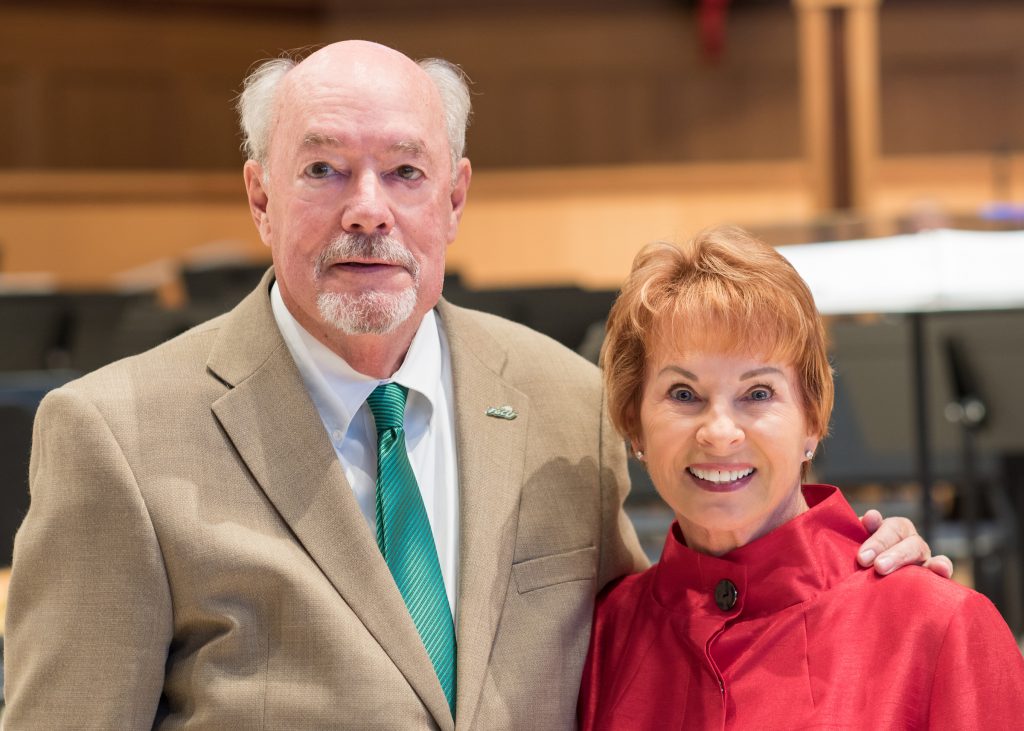