Doug Saxton didn’t set out to become an evangelist. Or a vegetarian.

It happened about a year ago, after he discovered Blue Zones. This health and wellness initiative inspired by the world’s longest-lived cultures is making its way into Estero. And Saxton can’t help but proclaim its benefits. 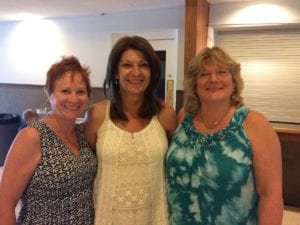 “It’s been an inspiring journey, and it’s hard not to preach to other people about it,” he says.

Carrot chips with hummus are now his go-to snack. And he bikes everywhere from his home in The Reserve at Estero — the grocery store, the library, the bank — only driving to places like Costco or the golf course, which require hauling cargo.

As a representative for Bike Walk Lee, Saxton has always been active, but he credits Blue Zones for helping him refine his purpose as an advocate for healthy living. In February, Doug and his wife, Barbara, chaired Estero’s inaugural Heart Walk, benefiting the American Heart Association. 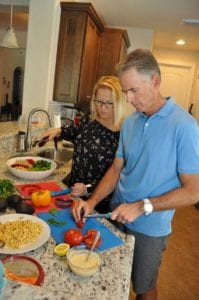 Saxton admits he’s taken the Blue Zones principles to “another level,” and he doesn’t expect everyone to share this level of commitment. But that’s ok.

“If people make some healthy choices, they’re far better than they were,” Saxton says.

The Blue Zones Project is not a quick fix solution. It’s an immersive, eight-year process aimed at changing the culture of the entire community, impacting every area of an individual’s “life radius” — workplaces, stores, restaurants, schools, places of worship and residential communities.

“It’s a multi-year, multi-million-dollar project,” explains Deb Logan, executive director of the Southwest Florida Blue Zones Project. “We’re not trying to push any organization to do this quickly. We want it to be meaningful.”

The Blue Zones “Power 9” offers directives for healthy living: move naturally, have the right outlook, eat wisely and belong. These principles are based on research by explorer and author Dan Buettner, who set out to discover the secrets of the world’s longest-living peoples. In 2004, Buettner partnered with National Geographic to identify five places on the planet where people were living healthy lives to age 100 and beyond. Buettner shared their secrets to longevity in his bestseller, “The Blue Zones.” 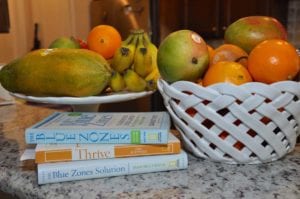 In 2009, the first Blue Zones Project was piloted in Albert Lea, Minn. Based on the success there, Blue Zones projects now have been established in 37 communities and nine states. In Southwest Florida, the Blue Zones Project is funded by NCH Healthcare System, which has a vested interest in promoting wellness initiatives in the community it serves.

“There’s no sense in having someone keep coming back in because they didn’t change their lifestyle after treatment,” Logan asserts. “That’s costly to the individual and to the healthcare system and the community.”

Research indicates zip code has greater impact on longevity than genetics. Blue Zones is about making the healthy choice the easy choice. 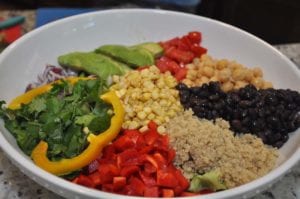 “Part of it has to do with our own will to do what’s best for our own health, but part of it is also environment,” Logan explains.

Blue Zones launched in Naples in November 2015, but didn’t branch into Bonita Springs and Estero until a year later. In just four months since the south Lee County kickoff, changes in culture are emerging.

At FineMark Bank, clients may still enjoy a fresh-baked cookie, but they will have to bypass the fresh fruit bowl to get to it. There also are wellness initiatives aimed at employees. Relationship Banker Dallas Revord now has a height-adjustable work station, allowing him to sit when interacting with clients but move to a standing position at other times. This helps promote blood flow and alleviate back strain. 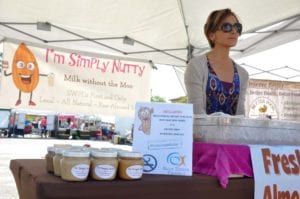 At Foot Solutions Estero, there is a new relaxation room for employees to use when they need time to “downshift.” Cole keeps his guitar there; another employee uses the room for meditation.

“We implemented an entire employee wellness program based on the Blue Zones blueprint,” Cole says. “It contributes to being happier all around.”

Gabrielle Sholez, proprietor of “I’m Simply Nutty,” immediately embraced the Blue Zones mission when she heard it. She sells her almond milk products locally at Mother Earth and at the Coconut Point Farmers Market. I’m Simply Nutty is the first home-based food vendor to be Blue Zones recognized. 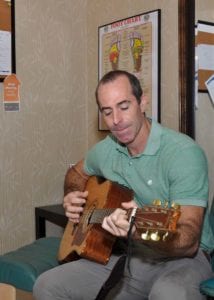 “I like that it’s really a community effort to live, eat and breath healthier,” Sholez says.

Tidewater by Del Webb is Estero’s first residential community to adopt Blue Zones. This new, 55-plus community will offer social, educational and fitness activities like plant-based cooking demos and “Wine at 5.”

“It takes a couple schools to start the process,” says charter school Principal Carissa Carole. “The others will come.”

Estero High School and Pinewoods Elementary are sending representatives to monthly Blue Zones meets at her school. The charter school also has established a student Health and Wellness Team, which is organizing a school-wide event for National Walk Day on April 5. 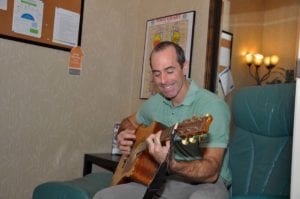 The school has purchased new hydration stations for refillable water bottles and has changed its policies on food. Students can no longer bring cupcakes for their birthdays. Instead, they may bring a healthy snack for the class like fruit or yogurt.

Smith embodies the Blue Zones value of “purpose” as he runs the Smith Family Foundation, the Estero Community Improvement Foundation and the West Bay Community Foundation. 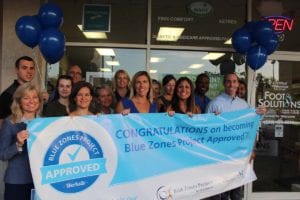 “My ‘tribe’ is my girlfriends,” Leonard says. “Laughing over the silliest things, offering spiritual, positive energy, reinforcing you’re ok even if at times you feel like you’re not, being equal leaders — sincere yet uniquely different — not being judgmental, understanding that not every day is perfect. That’s a true tribe.”

Graczyk has learned the value of “downtime.” As the former branch manager of IberiaBank, she required her employees to get out of the office for at least 30 minutes during the workday to unwind. Now that she’s started her own company (LWG Business Solutions), Graczyk sets a timer to remind herself to step away from her computer.

“I use prayer, praise music, a walk, lunch break or just sitting and enjoying nature,” she says. “I feel refreshed after just 30 minutes away from work.” 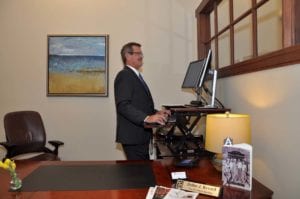 Over the next few years, Blue Zones principles will become woven into the fabric of everyday life in the Village of Estero. At least, that’s the goal.

“It’s nine things people can do, and virtually everybody can find a few of them to wrap their arms around,” Saxton says of the Blue Zones Power 9. “It’s an investment in yourself.”

Blue Zones Project is recruiting ambassadors to help lead efforts to improve the health and well-being of the Estero community. RSVP: Call (239)624-2312 or visit southwestflorida.bluezonesproject.com

Focus on the Blue Zones “Power 9,” and you could add years to your life: