The first time Stephanie Miller went to a major real estate convention in Las Vegas, no one spoke to her. The presence of a woman in a room filled with testosterone was not welcomed. When a man finally approached her, it was to order a drink. He mistakenly thought she was the waitstaff.

“I was not even effective there,” recalls the owner of Select Real Estate, who has been an active broker in Southwest Florida since 1980.

Back then, things were just as tough in Fort Myers as they were in Vegas. Women had broken into residential real estate, but commercial real estate was still a male dominated field. As an ambitious young woman in her 20s, Miller received a cool reception when she joined a real estate investment group which met at The Forest Country Club. 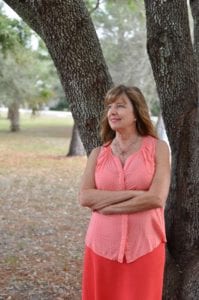 “Men would come up to me and say, ‘We don’t want you here,’” she recalls. “I decided the best way to handle my career was for me to have inventory. Then people got a lot friendlier with me.”

She developed a business strategy of partnering with investors rather than limiting her role to making the transaction. As a minority owner, she now had skin in the game.

“She’s a trailblazer for sure,” says Chloe Maros, a 20-something protégé of Miller who works as a property manager for Select Real Estate. These days, there are plenty of women in commercial real estate, and Maros is eager to learn from one of Estero’s development pioneers.

Miller moved to the region in the 1970s before Interstate 75 was extended to Southwest Florida. In the mid-1980s, when everyone else was investing in Naples and Bonita Springs, Miller took a gamble on land east of the newly built interstate, partnering in a real estate deal that would become Wildcat Run. The naysayers said the site was too far out, but the airport had just opened and soon there would be an outlet mall.

Miller fondly remembers the development of the golf course community which opened in the late 1980s. Her mother named all the wildcat-themed streets.

“Arnold Palmer would fly in on his helicopter to inspect the golf course,” Miller recalls. “It was a fun time.”

She and her partners purchased the land for $500 an acre; it later sold for $50,000 per half-acre-to-acre lot, Miller reports. With that profit, her team invested in about 3,500 acres further east. Their enthusiasm was tempered, however, when the State of Florida began limiting development in this environmentally sensitive wetlands area to one home per 40 acres. Fortunately, a year later, the Trust for Public Lands purchased the property for twice what Miller’s group paid. It’s now home to the Corkscrew Swamp Sanctuary.

“I said, ‘Wow, this is the business for me!’” Miller recalls of her early success.

Throughout the years, she’s held ownership in much of Estero, including 320 acres which became Pelican Landing and 84 acres in and around the Coconut Point development district. Miller moved the Select Real Estate office from Fort Myers to Estero in 2005 into Estero Park Commons office park, which her company manages.

Recently, Miller brokered the sale of 16 acres in the designated Village Center where the Genova condominium community is currently under construction. She and her partners from Lexington, Ky., acquired 17 parcels of land over a period of two decades in the center of Estero. The first property they purchased is now Corkscrew Palms office park, which houses the Village of Estero administrative offices and council chambers. Miller and her investors made a tidy profit, purchasing this land near Estero Community Park for $800,000 in 1997 and selling it for $2.5 million in the early 2000s, Miller reports.

“It’s hard to lose on land in Florida,” she says. “I look at how fast it can double in price. I like to do it in five years.”

Miller continues to maintain ownership interest in 19 acres off Via Coconut Point, as well as undeveloped land along Estero Parkway. Across the street from Genova, on the north side of Corkscrew Road, Miller brokered the deal for Colonnade of Estero, a planned senior living community.

“I’ve owned a lot of Estero at one time or another,” she says from her cheery corner office which overlooks Corkscrew Road. 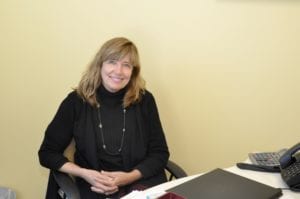 Miller also volunteers on an advisory committee helping to plan the Village of Estero Historic District. The group includes council member Katy Errington and Estero Council of Community Leaders Founding Chairman Don Eslick, along with a local planner, a land use attorney and other interested parties.

The state and county own preserve lands on the northern banks of the Estero River, but there is limited pubic access. Along with petitioning the Florida Park Service for more recreational areas along the river, Miller suggests the village provide incentives to riverfront landowners for creating additional public access points. The village Also should invest in its historical heritage with pavers, street lights and signs designating old town Estero, Miller offers.

“To me, the river is still the lifeblood of Estero,” she says. “That is what we have that nobody else has. In my mind, I see boardwalks that access the bay.”

Although Miller now is a grandmother of two, with another on the way, she’s not looking to retire anytime soon. She enjoys artistic endeavors like writing and painting, but real estate remains her passion.