Southwest Florida economists and business leaders expect steady growth in 2017. It isn’t likely to be a record-setting year, but the sun’s still shining on the Village of Estero. Like a rainy season afternoon in Southwest Florida, the local economy may experience a few pop-up thundershowers, but there are no indications gray skies will linger.

“We expect that because of the diversity of our tax base, and because we have a community comprised of residents who are so committed to and involved in Estero’s future, we should continue to see sunny skies in the year to come,” said Estero Mayor Nick Batos, summarizing the consensus of the Village Council.

In 2016, several major developments were added to the village’s tax rolls, including Walmart, Hertz, Springs at Estero apartments and the Tidewater active adult retirement community, which pulled about 100 housing permits in 2016. Two senior living facilities, Autumn Leaves and American House Coconut Point, also opened in 2016, and a third retirement community, the Colonnade of Estero, has gained zoning approval for the northeast corner of Corkscrew Road and Sandy Lane.

Luxury Real Estate Expert Michael Burke — recently named Realtor of the Year by the Bonita Springs and Estero Board of Realtors — predicts 2017 will be a “buyer’s market” with fair-to-moderate sales.

“Some of the sellers in the high price points are already seeing some equity slip through their hands,” Burke reported. “The ‘sweet spot’ in Estero is under $500,000, and the even ‘sweeter spot’ is under $300,000.” His forecast for 2017: “Sunny in paradise with a slight chance of overcast skies if sellers are not realistic.”

Adding to the housing market in 2017 will be Genova, a luxury condominium complex coming to the southeast corner of Corkscrew Road and Via Coconut Point. Genova is an innovative project by developer Jim Wallace, the visionary behind Lighthouse Bay at The Brooks and Rapallo at Coconut Point. It is the first development to make its way through the Village of Estero zoning and planning process and will feature 17th-century Italianate architecture, with buildings overlooking atriums and lakes. The Estero community at large will benefit from a public linear park along Corkscrew Road, a lakeside sitting area and a future second entrance to Estero Community Park off Via Coconut.

Genova is expected to generate $72 million of local construction employment, and the development is paying impact fees of $1.35 million to the Village of Estero. Nearly half of the community’s 205 residences were sold by the end of December before even one of the six buildings had been started. Future Genova homeowners will pay about $1.2 million annually in property taxes, said Wallace. The demand for low maintenance, high-quality, non-golfing communities is great among millennials as well as baby boomers, he noted.

Another hugely anticipated development, Lee Health Coconut Point, is expected to break ground in June 2017. Directly south of the mall, this $170 million “health care destination” will include an emergency department, surgery center, full diagnostics, outpatient rehabilitation services and more. The Healthy Lifestyle Center currently at Coconut Point Mall will relocate to the new campus and expand its offerings of educational and lifestyle programming.

“While most are very optimistic about our future, there are some raised eyebrows over the current boom in apartments and condos and the ability of our roads to support the rise in traffic,” said Gene Montenieri, chairman of the Estero Chamber of Commerce. “Certainly businesses enjoy the increased customer base, but they also realize gridlocked roads could drive them elsewhere.”

The Village has recently commissioned a comprehensive traffic study to better understand big picture traffic issues as Estero and surrounding areas continue to see growth. Immediately east of Estero’s borders, the WildBlue development has been proposed to add 1,100 single-family homes on an expansive, environmentally significant property which was formerly a mine.

“The road we all see as a problem in the near future is Corkscrew Road, especially east of I-75,” said Batos. “We expect work will be needed to accommodate the additional traffic brought by thousands of units the county is now permitting.”

Another concern voiced by local business owners is lack of a qualified local workforce. In the most recent Executive Business Climate Survey Report released by the Regional Economic Research Institute at Florida Gulf Coast University, nearly half of local executives who participated said they have struggled to find qualified applicants for job openings, with 41 percent reporting they currently have openings they are unable to fill.

“We find our small businesses turning to the colleges and universities for talent and continue to see our partners in education advancing their curriculum to produce the workforce that our businesses are asking for,” noted Tiffany Esposito, executive director of the Bonita Springs-Estero Economic Development Council (EDC).

The EDC works closely with the Southwest Florida Economic Development Alliance, which coordinates regional efforts to attract more businesses to the area. The region’s economy is slowly diversifying, and growth has been steady, if not stellar.

Political uncertainty historically produces a reluctance toward major investments, and the effects of Donald Trump’s impending presidency are yet to be revealed in 2017.

“I perceive there is still a strong tendency towards risk aversion which leads businesses to focus on moves that are safer and have less room for loss,” observed land use attorney Russell Schropp, who co-chairs the Business Issues Task Force of the Horizon Council. “That may provide more opportunity for small businesses and start-ups willing to take on risk.”

Additionally, the return of major homebuilders has helped fuel Southwest Florida’s economic recovery, and Schropp predicts a “steady, although not dramatic” increase in development permits in 2017.

One caveat to optimism is that the national economy is due for a correction, said Regional Economic Research Institute Director Christopher Westley. Using history as an indicator, Southwest Florida tends to “overcorrect” during bust times.

“If we don’t have a recession over the next four years, it would mean we are living in the longest economic expansion in 150 years,” Westley said. “My guess is that the odds of continuing the expansion that long are low. But who knows? This has been an agonizingly slow recovery, and maybe slow-going recoveries last longer.”

Despite his uncertainty about the national economy, Westley thinks Estero is doing well.

“As far as strong retirement/retail/dining/tourism economies with a big Fortune 500 firm smack dab in the middle of them, Estero tops the list,” he joked. “Seriously, Estero is doing fine and was smart to establish some autonomy in terms of governance and economic development.”

Schropp describes the village’s approach to planning as “very deliberate,” and he advises patience as elected leaders, city staff, developers and citizens work toward finding common ground in growth management.

Commercial real estate broker Stephanie Miller knows all about patiently waiting for development opportunities to ripen. Over the last 17 years, Miller acquired parcels of land at the intersection of Corkscrew Road and Via Coconut, selling to Genova in 2016. She currently is shepherding a small enclave of large lots with Gulf access through the village’s entitlement process.

“There are developers who are not anxious to go through the tedious entitlement  process in Estero,” Miller said. “But we have such a desirable location that the hearty venture forth, and the market therefore is less crowded.”

While Estero is known for stringent development standards, this hasn’t stunted the village’s economic growth.

“We have the reputation of being very strict on our zoning and our standards on signs, but at the same time, that is part of our attractiveness,” Montenieri said. His forecast: “2017 will be another great year for Estero! There are many positive steps being taken to prepare for the future, and we are very optimistic.” 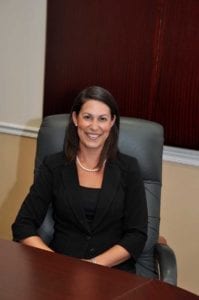 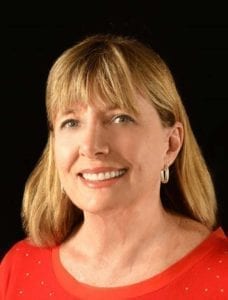 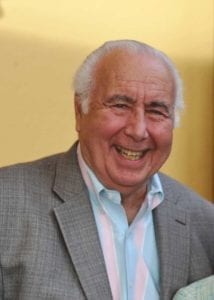 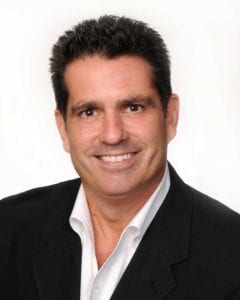 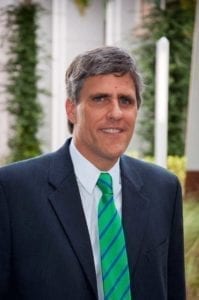