Community concerts invite all to experience the joy of musical appreciation

The first orchestra in Southwest Florida performed chamber music in the middle of the swampland of Estero more than 100 years ago, delivering dignity and culture from an art hall surrounded by rugged nature.

The majority of Koreshan Unity members were from high society in cultural centers like Chicago and New York. When they followed charismatic cult leader Cyrus Teed to Estero to establish a New Jerusalem, they brought music and performing arts with them, building the Art Hall in 1905 as an integral part of their settlement, which is now the Koreshan State Historic Site. 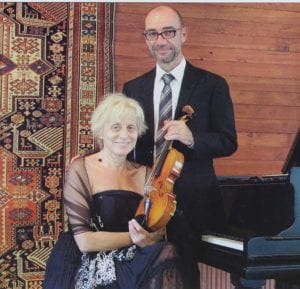 It’s only fitting that classical music would continue to sound from this historic hall, filled with intrigue and set in the midst of natural beauty. November marks the start of the sixth season of the Estero Concert Series at Koreshan Park. Founders Bella Gutshtein and Boris Sandler, both Russian-born musicians, are responsible for bringing chamber music back to Estero’s original cultural center.

Five concerts are scheduled for the 2017-18 season, which includes the music of classical composers including Brahms, Haydn, Tchaikovsky and more. Performing artists include several musicians from the Naples Philharmonic Orchestra. Sandler, a violinist, has been a member of the Naples Phil since 2001 and will be performing with Gutshtein and other musicians for the December and March concerts. Gutshtein will be playing on the same 1885 Steinway piano once played by the Koreshans. 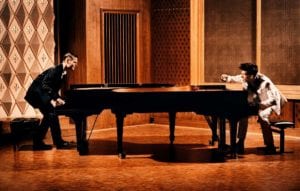 She enjoys the intimacy and enchantment of performing in the Koreshan Art Hall. “When you come here, you feel very calm,” says Gutshtein.

Every concert has been sold out since the opening day of the Estero Concert Series in 2011. Tickets are $42 per performance and include park admission. 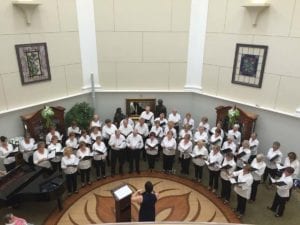 Founded by the late Barbara B. Mann in 1948, the volunteer-run concert association is now headed by her daughter-in-law, Mary Lee Mann, who worked alongside Fort Myers’ “leading lady for the arts” for the last 25 years of her life.

“Artists love to come to our acoustically outstanding facility,” says Mann. “It was designed for non-amplified performances, and performers know their work is going to be presented the way they want it to be. Many of our performers are represented by agents with whom we have worked for many years, and they know we will have great audiences for their performers.” 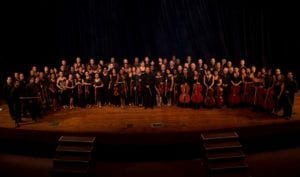 Like the Estero Concert Series, the Fort Myers Community Concert Association anticipates sold-out audiences for all concerts. The association offers a subscription for all five performances for as little as $65. Prime orchestra and mezzanine seats are $165 for the series.

“Where else can you see not one, but five performances for what you would expect to pay for just one?” marvels Mann.

Subscriptions are offset by the generosity of underwriters and sponsors, allowing the association’s more than 1,700 members to pay less than two-thirds of the actual cost of each concert, she notes. Local teachers receive a further discount, and students are admitted free. 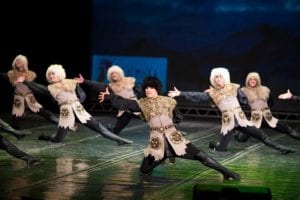 The season kicks off in January with internationally accomplished pianists Andreas Kern and Paul Cibis in “Piano Battle.” Other concerts this season include Puccini’s “Madama Butterfly,” the Lezginka State Dance Company, violin virtuoso Itzhak Perlman and the National Symphony Orchestra of Cuba.

“We just want to expose as many people as possible, so they can hear — many for the first time — classical music that has such timeless appeal,” says Mann. 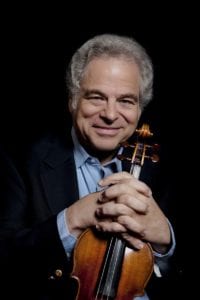 For those who would like to be in the performance instead of in the audience, the Singing Brooks is inviting singers in the Estero area to join them for their 10th season. This gleeful group began in The Brooks communities but has branched out to include others who would like to use their vocal talents to bring joy to local residents of nursing homes and area hospice facilities. The Singing Brooks also perform at many local country clubs throughout the season.

Where: Shadow Wood Country Club at The Brooks