Karin Petrocelli once was a “pink warrior” — a breast cancer survivor who had declared her victory over this deadly disease, joining the crusade for a cure.

Like many women who are diagnosed with breast cancer, Petrocelli doesn’t remember anyone telling her there was a 30 percent risk of the cancer returning and showing up elsewhere in her body long after she was declared “cured.” She had stage one cancer and was relieved it was caught early: “I got a mastectomy and reconstruction, and I just moved on.” 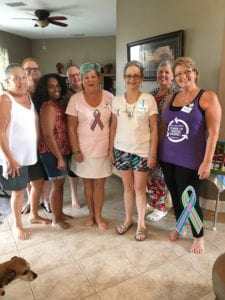 Each year she participated in Susan G. Komen and American Cancer Society events. Today, Petrocelli skips the pink pageantry and instead wears a button which reads: “Ask me about MBC.” That stand for Metastatic Breast Cancer. And it’s not something most people want to talk about.

“It’s devastating; it’s debilitating,” Petrocelli says frankly. “This is the dark side of breast cancer.”

Petrocelli is part of the 30 percent of breast cancer survivors who later develop stage four terminal cancer. It may be months, years or decades after the initial breast cancer treatment, but every day, about 113 people die from metastatic breast cancer in the U.S. 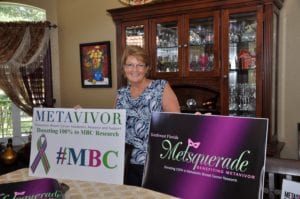 “You don’t die from breast cancer in your breast; you die when it metastasizes,” Petrocelli explains. “My treatment will never end.”

She now shuns what she calls “pinkwashing” during the month of October. “They celebrate, and we kind of get forgotten about,” says Petrocelli of the 155,000 Americans currently living with a stage four diagnosis. 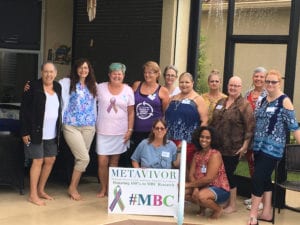 Instead of raising funds for organizations which give little money to metastatic breast cancer research, she’s now raising awareness and funds for METAvivor, a volunteer-run nonprofit which puts 100 percent of donations toward research grants aimed at understanding metastasis and extending the lives of MBC patients.

According to METAvivor, less than 5 percent of total funds raised throughout the nation for breast cancer research is directed toward studying and treating metastasis (the cause of nearly all breast cancer deaths). However, recent awareness efforts by METAvivor, the Metastatic Breast Cancer Network (MBCN) and other organizations is having an impact. 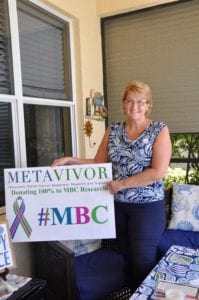 Last year, Susan G. Komen launched a “More Than Pink” movement and announced a goal to reduce the number of breast cancer deaths in the U.S. by 50 percent in the next decade. Komen is investing $166 million to fund more than 400 research grants and 40 clinical trials focused on metastatic breast cancer.

“I need to do what I can while I’m still here,” says Petrocelli, a wife and mother of four young adult daughters who lives in Bella Terra. 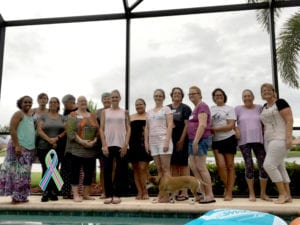 Petrocelli and a team from Bella Terra are organizing the Southwest Florida Metsquerade, a black tie gala scheduled for March 24, 2018, at the Hilton in Naples. It’s modeled after a Metsquerade event in Arkansas benefiting METAvivor which raised $379,000 earlier this year. Petrocelli has set a goal of $150,000 for the inaugural Southwest Florida event, which will include a three-course dinner, cocktails, a live auction and silent auction items. Dr. Andrew Lipman of Florida Cancer Specialists will be the keynote speaker.

A pre-event fundraiser is being held this month on National Metastatic Breast Cancer Awareness Day, Oct. 13, at the Bella Terra clubhouse. Admission of $10 includes a DJ, dancing and appetizers. Another fundraising event is scheduled for Jan. 7 at Painting with a Twist in Fort Myers.

Team Bella Terra members know how to raise money for a good cause. Last year, they were the top fundraising team for the American Cancer Society’s Relay for Life, raising about $14,000. This year, the team – founded by Petrocelli and her “Bunco ladies” in 2011 – agreed to turn their efforts toward METAvivor, which has funded 33 research grants totaling $2.4 million since its founding in 2007.

“Karin is my idol,” says Team Bella Terra Captain Marie Waylen. “She’s such a fighter, and she’s not going to stop fighting. If you are diagnosed with cancer, she will be at your house to comfort and share resources. She’s just remarkable.” 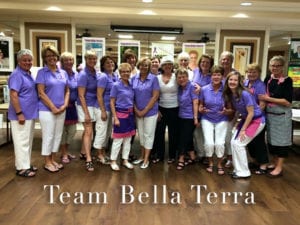 Last month, Petrocelli hosted a weekend retreat at her home for women living with MBC from all over the nation. Most met on a MBC Facebook group, sharing a connection few others could understand.

“We were crying; we were laughing; we were sharing coping strategies,” says Petrocelli of the emotional weekend.

Among the group were Jennifer DeFiebre, a Naples mom of two young children, and Amanda Delamora, who was diagnosed with breast cancer at age 28. It metastasized to the brain just six months after her initial treatment ended. Both women are doing their part to advocate for more research into metastasis.

“I think we could be doing better in many ways for those of us with metastatic breast cancer and all types and stages of cancer,” says Delamora. “That’s why I’ve become an advocate. I hope it helps me, but if it doesn’t, I hope it helps other people who come after me.”

Petrocelli is planning the gala, securing sponsors and procuring auction items in between chemo treatments, often responding to emails and phone calls from her bed.

“I am an outspoken person; I can get balls rolling,” she says. “I feel like that’s why I’m still here, so I can do this.” 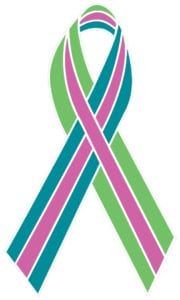 The Cause: Susan G. Komen ‘More Than Pink’

What: A black-tie gala benefitting METAvivor