Three years ago, a comprehensive program to serve children with behavioral and mental health needs was little more than an item on Dr. Emad Salman’s wish list. The medical director for Golisano Children’s Hospital of Southwest Florida had noted the unmet need, but there did not seem to be a financial path forward to adequately address it. 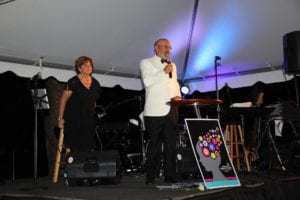 Enter Pelican Landing residents Scott Spiezle and Susan Goldy. This married couple relocated to Southwest Florida four years ago, bringing with them a desire to help. They had been longtime supporters of the Children’s Hospital of Philadelphia, funding research for the mental health department. When they initially met with Dr. Salman and a representative from the Lee Health Foundation, they were willing to support whatever initiative needed the most funding. It just so happens their passion aligned perfectly with one of the hospital’s greatest needs.
They founded the Kids’ Minds Matter initiative in 2016 and organized the inaugural Secret Garden Gala last year, raising about $750,000 to help launch Lee Health’s Pediatric Behavioral and Mental Health initiative. This year’s gala is scheduled for March 7 at Shangri-La Springs in Bonita Springs.
Their motivation stems from experience struggling to help a child with bipolar disorder.  As early as elementary school, Spiezle’s daughter began to voice suicidal thoughts, and in her teen years, she started getting into trouble at school. Back then, no one was talking about mental illness.
“When my daughter first started having problems, I thought it was me,” says Spiezle, his voice cracking at the memory. He did everything he knew to do, including sleeping on her bedroom floor at night to ensure she didn’t harm herself. At age 15, he took her to a psychiatrist for treatment, but she was given a medication not recommended for children which ended up contributing to a manic episode. 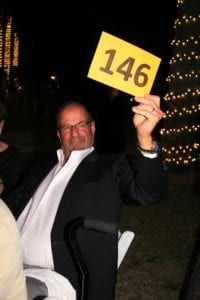 Eventually, Spiezle was able to get his daughter the help she needed, which changed everything. Today, she is getting ready to graduate with a masters degree in psychology and boasts a 4.0 GPA, says her proud father. She’s president of her campus chapter of the National Honor Society and an organizer for the Out of the Darkness Walk to prevent suicide.
Spiezle — who related his story at the 2017 gala and has done so repeatedly to groups and organizations throughout Southwest Florida over the course of the last year — has cast a spotlight on a subject that has too long been taboo.
“Scott Spiezle and Susan Goldy started the conversation; we need to keep it going,” says Dr. Salman. “The momentum is here.”
Pediatric Behavioral Health now makes the “top six” list of funding priorities for the Lee Health Foundation. In addition the Kids’ Minds Matter donation, the foundation has received two other major donations for its behavioral health initiative: $1.2 million from Southwest Florida Children’s Charities (sponsors of the SWFL Wine & Food Fest) and $375,000 from the Lee Memorial Auxiliary. 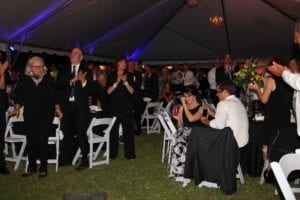 Philanthropic support is critical for sustaining the program, says Armando Llechu, the new chief administrative officer for Golisano Children’s Hospital. About 70 percent of the population Lee Health serves is on governmental funding like Medicaid, he notes, which offers low reimbursement and cannot cover the costs of attracting and retaining quality pediatric mental health providers. Lee Health anticipates the Pediatric Behavioral Health program will operate with an annual shortfall of $3 million.
“Initiatives like Kids’ Minds Matter really help bridge that gap,” Llechu says. “We are really hoping the philanthropic community of Southwest Florida continues to stand behind this mental health initiative.”
Like Spiezle and so many others, Llechu has his own story to share, which he will do as keynote speaker at the upcoming Secret Garden Gala. When his oldest son was four years old, he began exhibiting disturbing behavioral issues that even his dad, a hospital director, could not figure out. Llechu took his son to a behavioral health therapist, who helped resolve the issue in just three sessions. 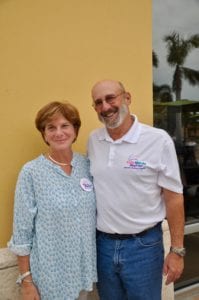 “Those three sessions changed our lives,” Llechu says. “If we catch it early, if we intervene early, if we teach kids coping mechanisms early and teach parents how to manage better, therapy does not need to be long term.”
The grim statistics on childhood mental illness need to change. A conservative estimate shows more than 34,000 children in Southwest Florida are in need of mental health intervention, according to a Lee Health needs assessment. National statistics indicate one in five teens struggles with a mental health condition. This can lead to juvenile delinquency, incarceration and suicide, the No. 2 cause of death for 15-24 year olds.
Early intervention is the key to changing this bleak picture, Dr. Salman says. Many symptoms of developmental and behavioral disorders are observable in the first five years of life, while other disorders tend to manifest during the teen years. The sad reality is that the average length of time from onset of symptoms to intervention is eight to 10 years, Dr. Salman notes. 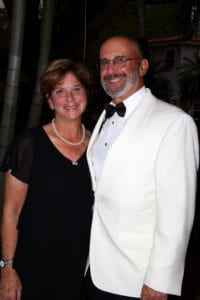 “The longer problems go on, the longer it takes to treat them,” he says. “The stigma needs to be removed so we can really address the issues and take care of these young patients before they become adults.”
Lee Health has used funds from the 2017 Kids’ Minds Matter gala to start a training program for area pediatricians, providing education to help them identify, diagnose and treat behavioral health issues at the primary care level. Last year, 23 physicians went through this program, and 25 more are expected to be trained in March, Dr. Salman notes.
Lee Health’s longterm plan includes adding inpatient care to reduce the number of transfers out of Golisano Children’s Hospital to other treatment facilities which are not specifically designed for children. Another goal is to conduct mental health screenings on 100 percent of pediatric patients who visit a Lee Health emergency room for any reason, in addition to training 100 percent of local pediatricians to conduct primary care screenings.
“We’ve seen tremendous progress in a short period of time,” says Goldy. “The more people talk about it, the better we are able to raise the money needed to put a comprehensive program in place.”

SAVE THE DATE
What: Secret Garden Gala
Why: A fundraising event benefitting Pediatric Behavioral Health at Golisano Children’s Hospital
When: Wed., March 7
Where: Shangri-La Springs, Bonita Springs
How to register: www.LeeHealthFoundation.org/KMM

THE NEED: BY THE NUMBERS