The Ancient & The Modern

I LOVE LONDON, and I try to make my pilgrimage “home” annually to one of the most visited cities in the world – especially now that “Brexit” caused the UK pound to crash, making it so much more affordable. 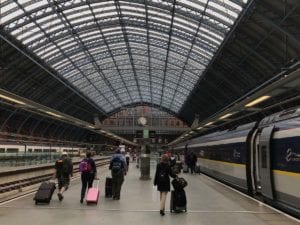 London is the capital of England and the United Kingdom of Great Britain and Northern Ireland. In 43 A.D., the Romans invaded and made “Londoninium” the hub of their new road system and built the first bridge over the River Thames. Angles, Saxons and Danes followed, but, in 1066, King William I and the Normans established a new dynasty with the final invasion of England. William was crowned in the oldest and most revered church, Westminster Abbey, and strengthened his control by building the Tower of London.

London was “remodeled” by fire in 1666 when 80 percent of the city was destroyed. (Fortunately, so was the Black Death plague!) Renowned architect Sir Christopher Wren presented a plan for reconstruction which was not implemented, but he did design the new St. Paul’s Cathedral with its iconic dome, making it the city’s third historic landmark. In the 18th and 19th centuries, the population exploded, but living conditions became miserable – as illustrated in the works of William Hogarth and Charles Dickens. It was only in Victorian times that proper urban management started. The regeneration of the Docklands has happened in the last 50 years, and East End redevelopment followed with the highly successful 2012 Summer Olympics, making London the first city in the world to stage the event three times. 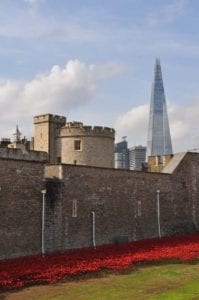 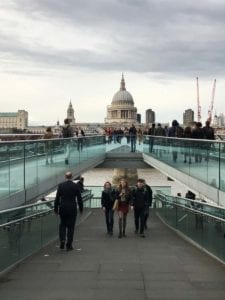 With its 8.8 million citizens, London remains a world center for dynamic commerce, finance, creative media, fashion and education. As the political center of the UK, it is a little like New York City and Washington, D.C., rolled into one. It offers world class galleries, museums and performance venues, interspersed with many “lungs” of lush, green parks and the omnipresent “Father Thames.” Its people of every ethnicity (37 percent were born outside the UK) have a quiet confidence tied to politeness and a humorous friendliness. 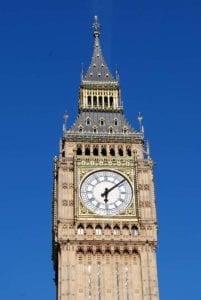 The London Underground — known as “The Tube” — is the oldest underground transportation system in the world and provides a fast, inexpensive way to reach every quarter of the city. However, I recommend you start your visit with an open-top, double-decker bus tour of the quintessential sights — as long as weather permits. I smile as I write this, remembering my step-daughter’s first visit. After a one-hour bus trip to the Tower of London, she said, “I cannot move my hands or legs!” I had insisted this was the very best way to get an overview but had not taken into account it was a damp, 34 degrees Fahrenheit! A tour of London’s historic highlights should take in Westminster Abbey, the Tower and its Bridge, St. Paul’s, the Palace of Westminster (Parliament and Elizabeth Tower with Big Ben), and Buckingham and Kensington Palaces, where the current and future royal families live. But, please also use the river! Two superb day trips are downstream to Greenwich and the Royal Observatory and upstream to Hampton Court Palace of Henry VIII. 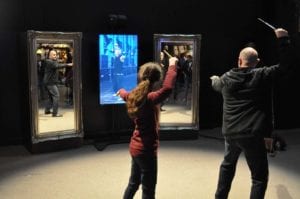 The London Eye (a 443-foot ferris wheel) and the 72nd floor observation deck of the 1,000-foot Shard provide unforgettable views of the city, whilst the Millennium Bridge — of Bridget Jones fame — provides a beautiful pedestrian crossing between the city/St. Paul’s and the South Bank/Tate/Globe. Be reassured it is no longer called the “Wibbly Wobbly Bridge”! About 20 miles away (a train and bus ride), is a fascinating day outing at the Warner Bros. “The Making of Harry Potter” studio tour. It is not only a superb collection of all things Potter but also provides an in-depth insight into modern filmmaking and special effects generation. 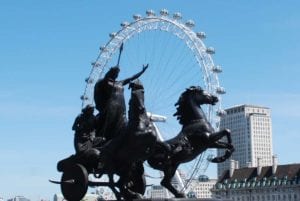 London’s history and world connections make it rich. You could easily spend a week or more exploring the British Museum and Library. The former houses the Elgin Marbles from ancient Greece and the Rosetta Stone which helped decipher ancient Egyptian hieroglyphs. Kensington has the Natural History and Science Museums and the Victoria and Albert (V&A) museum of art and design. One of my favorite museums is Churchill War Rooms,” a World War II bunker frozen in time from 1945 to its rediscovery in the 1980s. Additionally, the National and Portrait Galleries, the Tate Galleries and the Wallace Collection are all worth visiting.

Shopping: Oxford and Regent Streets are hubs for some of the best designer fashions in the world with Selfridges and Harrods in Knightsbridge. And do not miss the numerous, vibrant markets: Borough, Camden, Columbia Road (flowers) and Brick Lane. 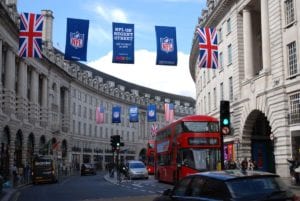 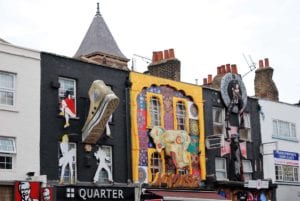 Nightlife: London has a huge range of offerings from the West End theatres (Andrew Lloyd Weber musicals and more) to cinemas in Leicester Square to impressive concert venues (e.g. the Royal Albert Hall) featuring world class orchestras and artists. Pop and jazz concerts abound. One of the latest venues is Shakespeare’s Globe, which we visited for the first time this year while enjoying “King Lear.” It is a reconstruction of the original theatre of 1599 complete with thatched roof and open-air centre for standing patrons. Another interesting night offering is a “Jack the Ripper Guided Tour” through the streets of the Whitechapel district to relive the story of this infamous 1881 serial killer!

Dining: All nights out in London should be preceded by a good dinner. In my lifetime, London has made a night-and-day improvement, enriched by its colonial past and reflected in the offerings of the numerous restaurants in Chinatown. Indian Chicken Tikka Masala is now one of the most popular meals when Brits go out! At the high end is Gordon Ramsey’s Michelin Star flagship in Chelsea, but we also love Rules. The oldest restaurant in London, Rules opened in 1789 and still offers excellent roast and game dinners.

London remains a true jewel, and it is impossible to see all its facets in just one trip. As Samuel Johnson wrote back in 1777: “When a man is tired of London, he is tired of life”!

About the author: Phillip Morgan was born in Wales and holds a PhD in chemistry. He has lived in England, Italy, Belgium, Turkey, Germany and the U.S. He is married to a Cincinnati native and has two step-kids and a flat-coated retriever named Pip. The Morgans split their time between northern Kentucky and Estero, when they’re not traveling.