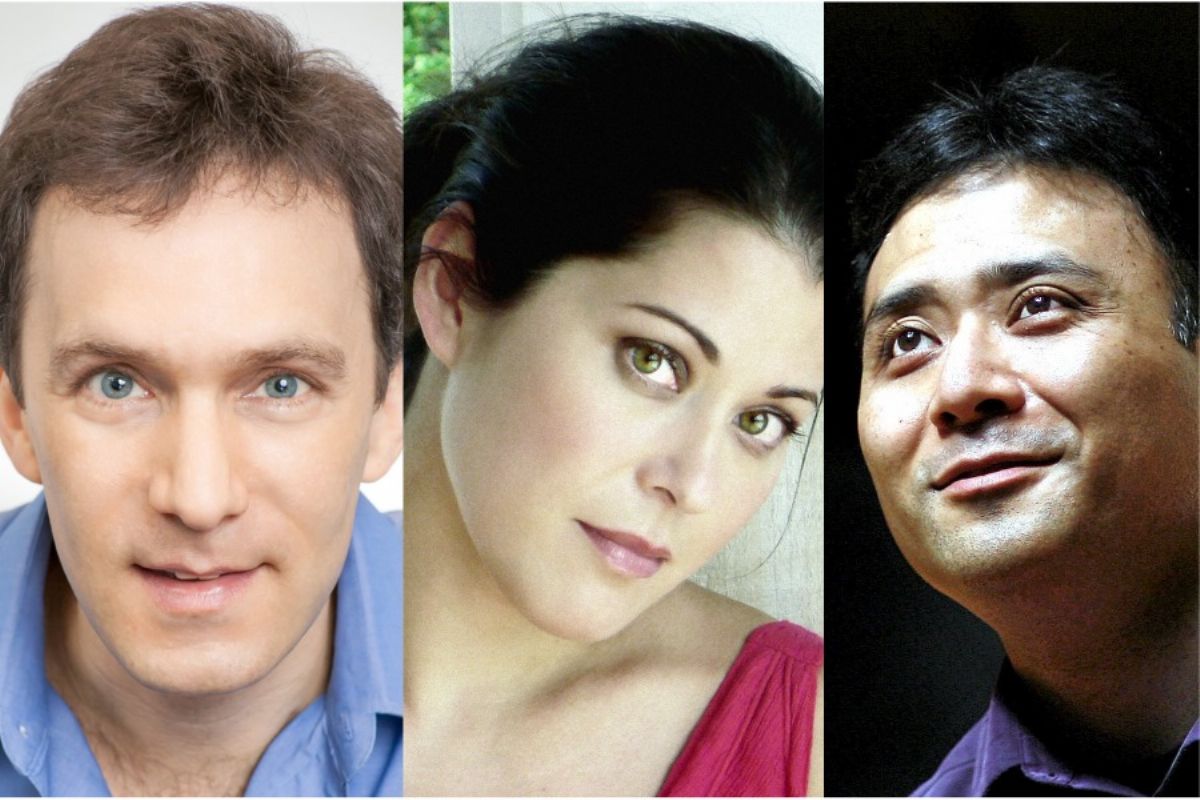 This exciting and eclectic program has something for everyone! The romantic yearning of Ysaÿe, the brooding drama of Chopin’s Fantasie in f-minor, and the imperial grandeur of Weber’s Grand Duo Concertante for Clarinet and Piano. Add to it the Ravel exotic Tzigane and Bartok modernist folk sensibility, and you are in for a musical trip around the world like none other! We are thrilled to welcome internationally renowned musicians who will bring this extraordinary music to life for us.

KHACHATURIAN: Trio in g minor for Clarinet, Violin, and Piano (1932)

RAVEL: Tzigane for Violin and Piano

Two-time GRAMMY nominee and Avery Fisher career grant recipient Jennifer Frautschi has garnered worldwide acclaim as a musically adventurous violinist with a wide-ranging repertoire. As the Chicago Tribune noted, “violinist Jennifer Frautschi is molding a career with smart interpretations of both warhorses and rarities.” Equally, at home in the classic and contemporary repertoire, her recent seasons have featured innumerable performances and recordings of works ranging from Brahms and Schumann to Berg and Schoenberg. She has also had the privilege of premiering several new works composed for her by prominent composers of today.

American pianist Jon Nakamatsu continues to draw unanimous praise as a true aristocrat of the keyboard, whose playing combines elegance, clarity, and electrifying power. A native of California, Mr. Nakamatsu came to international attention in 1997 when he was named Gold Medalist of the Tenth Van Cliburn International Piano Competition, the only American to have achieved this distinction since 1981. Mr. Nakamatsu has performed widely in North and South America, Europe, and the Far East, collaborating with such conductors as James Conlon, Marek Janowski, Raymond Leppard, Stanislaw Skrowaczewski, Osmo Vänskä, and Hans Vonk. Mr. Nakamatsu’s extensive recital tours throughout the U.S. and Europe have featured appearances in New York’s Carnegie Hall and Lincoln Center, Washington D.C.’s Kennedy Center, and in Boston, Chicago, Cincinnati, Paris, London, and Milan. He has worked with various chamber ensembles – among them the Brentano, Tokyo, Kuss, Jupiter, Cypress, Prazak, and Ying String Quartets – and has toured repeatedly with the Berlin Philharmonic Wind Quintet. Together with clarinetist Jon Manasse, Mr. Nakamatsu tours continually as a member of the Manasse/Nakamatsu Duo. The Duo also serves as Artistic Directors of the esteemed Cape Cod Chamber Music Festival in Massachusetts.