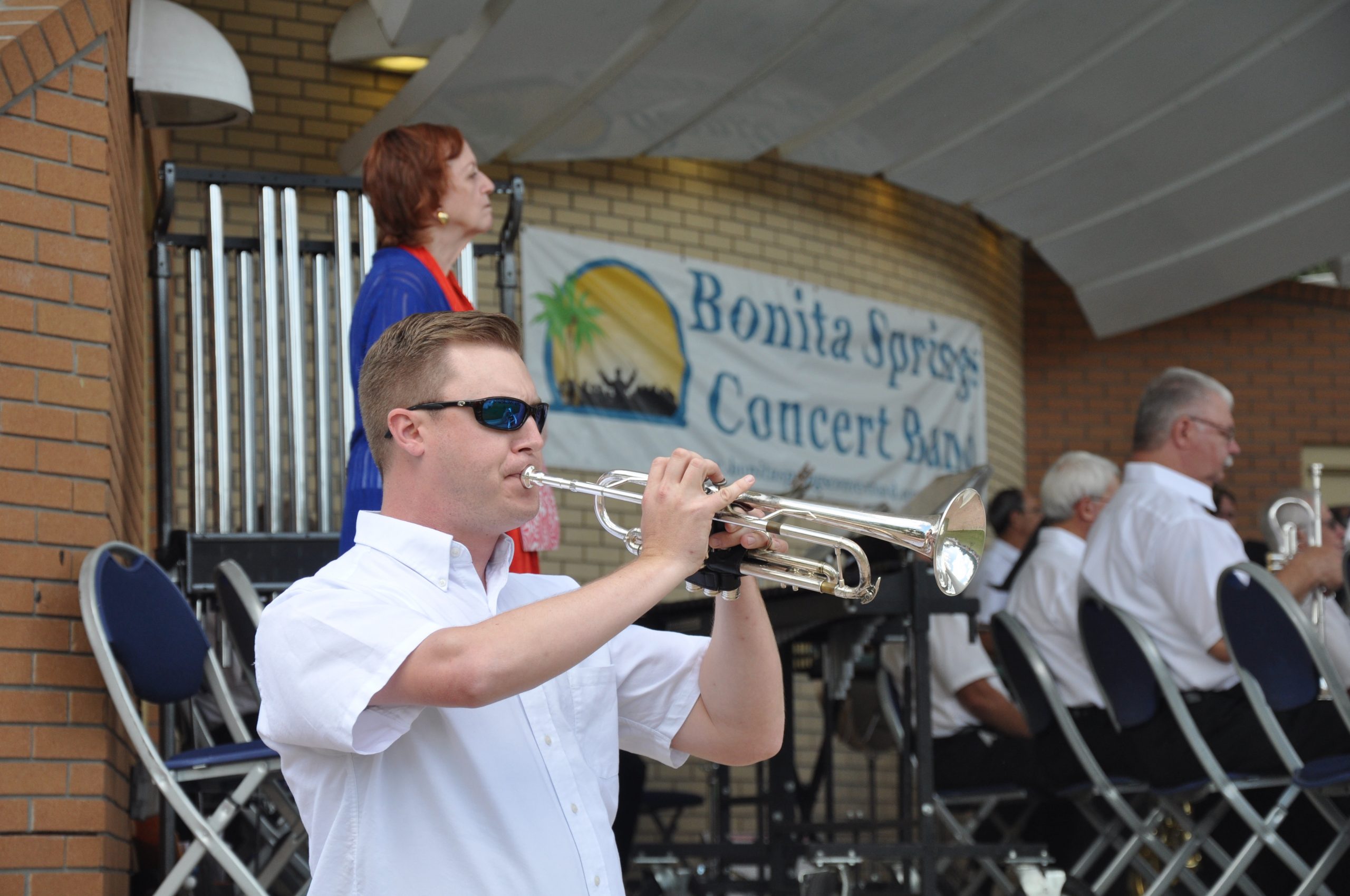 FREE CONCERT IN THE PARK

Offering the joy of sensational music and community connection, the Bonita Springs Concert Band invites locals to come out to its Feb. 21 outdoor event. Conductor Gary Smith will lead a group of talented, local musicians for a melodious concert in Bonita Springs’ historic Riverside Park.

The performance will feature a carefully curated blend of classical, pop, Broadway, film soundtracks, rock, jazz and patriotic music. A variety of instruments will be showcased including the flute, clarinet, saxophone, trumpet, tuba and more. Estero Life Magazine Publisher Gary Israel will be singing both the American and Canadian national anthems.

Featured vocal soloists Carolann and Gerritt VanderMeer will be performing an assortment of songs arranged by Rick DeJonge. The duo has an impressive musical background. Carolann toured as Marian in the first national tour of “The Music Man” and has been a soloist with many orchestras including the Naples Philharmonic. Gerritt has more than 20 years of experience as an actor in independent and feature film, musical theatre and television. He has toured nationally as Harold Hill in “The Music Man” and appeared at major regional theaters.

This special afternoon of music in the park is sponsored by Maureen Lorenze and Café of Life. The event is free to attend; however, donations are welcomed. All donations support local musicians and students in the pursuit of their musical talents.

Mark your calendar for the band’s other community concerts this season: March 21, featuring vocalist Jennifer Gilmore and George Sims on bagpipes; April 11 featuring vocalist CJ Greer and instrumental comedian Lance LaDuke; and for the first time ever, a May concert on May 9 (stay tuned for guest musicians).

Bonita Springs Concert Band is excited to bring residents back together this season. For the safety of attendees, social distancing will be implemented. Bring your lawn chairs and blankets, and enjoy!