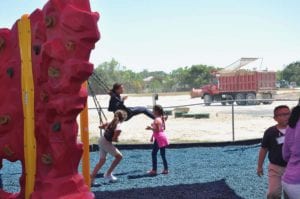 No doubt you’ve seen it: Construction is nearing completion on a $4.5 million expansion of Estero United Methodist Church. The church has been a landmark in Estero for generations, dating back to its founding in 1919. While there have been several expansions over the years, this one is designed to not only serve the church membership but also the community. Space is being added for outreach programs, including New Horizons of Southwest Florida. 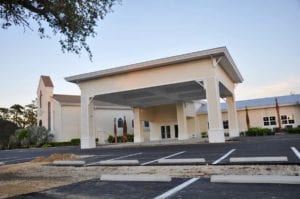 Construction began in late spring 2017 and was going well before Hurricane Irma struck in September. The church sustained about $100,000 of damage, including severe damage to landscaping, wind damage and interior water damage. Drywall had to be replaced in offices, classrooms and restrooms due to water leaks and mold.

To help raise funds for expansion and repairs, the church will be hosting a “Raise the Roof” concert series. A Southwest Florida men’s barbershop chorus, an Ohio quartet and an accomplished Estero soloist will perform at the church during the 2018 “high season.” Tickets for individual shows are $25 each. Ticket purchases for the three-part series will be discounted to $20 each. 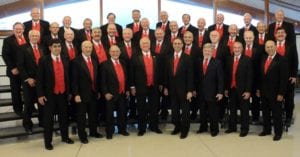 The concert series kicks off this month with the Gulf Coast Harmonizers on Jan. 20. For more than 25 years, this men’s chorus has been entertaining the people of Southwest Florida, starting as the Cape Chorale. In 2017, the organization changed its name to better reflect its membership, as well as the greater geographic scope of its performances. The group currently includes more than 40 singers from Cape Coral, Fort Myers, North Fort Myers, Estero and Bonita Springs. Gulf Coast Harmonizers is a chapter of the Barbershop Harmony Society, a nonprofit organization of about 24,000 choruses and quartets worldwide.

Next in the lineup is the Soul’d Out Quartet on Feb. 24. Soul’d Out is the fulfillment of a dream for Ohio native Matt Rankin. In answering the call of God on his life in 2004, Rankin sought men of kindred spirits to partner with him in evangelizing the Word of God through song. It took a while, but in 2013, a group came together to form the Soul’d Out Quartet, which includes Dusty Barrett (tenor), Jason McAtee (lead), Matt Rankin (baritone) and Ian Owens (bass). Band members are Philip Kolb (piano), Austin Sprouse (lead guitar), Adam Sprouse (bass guitar), Jake McAtee (drummer) and Zach Loyd (front of house sound). 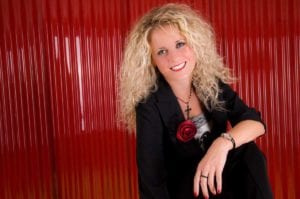 The final concert, on April 7, will feature Estero resident Lindsey Graham, a full-time vocalist pursuing ministry through music. A graduate of Belmont University with a degree in Commercial Vocal Performance, Graham also holds a Masters in Religion and is currently pursuing a Doctorate in Worship Studies from Liberty University. She enjoys incorporating the flute, penny whistle and piano into her concerts, which offer a range of musical styles from gospel to classical to musical theatre.

“Lindsey loves the Lord, loves His people and thrives on singing for His glory!” says concert series organizer Bob Kassi.

Estero United Methodist Church has a long history as a community gathering place extending back nearly 100 years. Portuguese missionaries helped build Estero’s original church on Broadway Avenue, serving a small community of citrus farmers, fishermen and cattlemen. The church was later moved by tractor down Highlands Avenue to its current location. Hurricane Irma is not the first storm this perseverant church has weathered. In 1960, Hurricane Donna took out part of the Fellowship Hall.

Construction on the current expansion is expected to finish by February. The project will add about 12,000 square feet to the church building, including additional classroom space and a giant, enclosed “Children’s Garden.” This will benefit the children who attend the New Horizons after-school program at the church, which offers mentorship, character training and homework help. Estero United Methodist has hosted this faith-based ministry to at-risk kids for the last five years. The extra space will allow the New Horizons Super Teens Club to also meet at the church. Additionally, the church hosts a Hispanic worship service serving many of the New Horizons families. 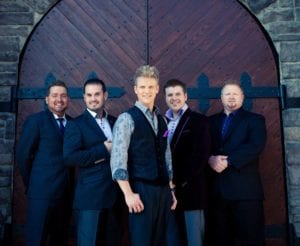