CAUTIOUSLY OPTIMISTIC MIGHT BE THE BEST WAY TO DESCRIBE THE MOOD OF BUSINESS EXECUTIVES IN SOUTHWEST FLORIDA. WHILE ECONOMIC INDICATORS APPEAR TO MOVE IN A POSITIVE DIRECTION, RECOVERY HAS BEEN SLOW AND MANY REGULATORY UNCERTAINTIES LINGER. 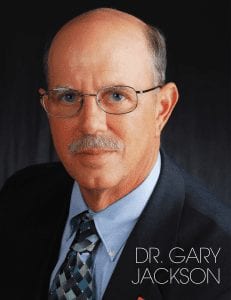 The survey of more than 100 senior executives representing a broad range of industries set the Lee County Business Climate Index at 66, with anything above 50 indicating an improving economy. Seventy-three percent of executives expect economic conditions for their industry to improve in 2013, and a little more than half expect to increase employment and investments this year.

“I do see improvement,” Jackson said. “We are in recovery.” However, those businesses which have survived the worst economic recession since the Great Depression are still in a cautious mode when it comes to expansion. “Businesses, after we go through a recession like this, are very careful about hiring,” Jackson said. “There’s still some uncertainty out there in terms of health care regulation and issues in Europe. The ones who have survived are very careful about spending.”

To determine the pulse of the economic outlook in Estero, Estero Lifestyle Magazine asked some local executives to share how they feel about our regional economy heading into 2013 looks to be stronger compared to 2012, which he considered a “mediocre” year for commercial and residential development.

“My industry is tied directly to new construction, and suffers or thrives accordingly,” he said, noting several new developments coming online in Estero this year. “2013 looks to be improving from the past few years. We are bidding the type of landscape jobs in new and expanding communities that have not been seen in three years.”

The most recent Estero Development Report, produced by the Estero Council of Community Leaders, shows new housing starts, single family home sales, and commercial permits increased slightly in 2012, while numbers remain weak when compared with pre-recession ﬁgures. Year-to-date commercial permits issued in Estero as of October 2012 were 11.7 million, up 5 percent from 2011, yet far from the 152.47 million issued in 2007. New housing starts were at 273, up from 165 in 2011, with most of the new homes being built in Bella Terra, The Reserve of Estero and Belle Lago. As we head into 2013, an increasing number of homes are expected to be constructed in The Preserve at Corkscrew, which opened in 2012. Large commercial projects for 2012 included a $2 million remodeling project at the Hyatt Regency Coconut Point Resort, clubhouse remodels at Spring Run and Shadow Wood country clubs and construction of a new Goodwill store on Corkscrew Road. Wal-Mart is expected to begin construction on a new store at the corner of US 41 and Estero Parkway this summer.

“This area is heavily structured as a resort and retirement destination,” O’Donnell noted. “That is our natural strength and a great advantage. However, this strength is cyclical. “This downturn has been tough. Development and construction industry ﬁrms have gone out of business or reduced to half or one-quarter in size to
try and hang on. Those of us still here will have a better outlook in 2013 and forward.”

Specializing in commercial real estate transactions, Managing Partner Denis Noah ﬁnds reason to be “cautiously optimistic” about the local economy in 2013. “Our view is Southwest Florida has had its own problems, in some ways different than the rest of the country, and we feel we are starting to come out of it,” he said. “A lot of times, we’re ﬁrst into recession and the ﬁrst out. A lot of that is because we do have a heavy tourism component to our economy and a residential component to our economy. At the same time, we’ve got the sunshine down here the northern states do not enjoy year round.”

While the foreclosure industry has been strong in the last four years, Noah sees the number of distressed properties decreasing. “The residential foreclosures are definitely trending down,” he said. “There was stated to be a large number of commercial foreclosures predicted, but I don’t thing it ever came to the level expected.” While the looming “fiscal cliff” could scare of northern investors and temporarily slow the economy again, Noah says the natural resources of Southwest Florida will help our local economy pull through.

“In general, we just have to stay the course at this point,” he said. Fellow attorney Don Thomson agrees. Specializing in business planning, Thomson is active on several economic councils in Lee County, focusing his practice in the Bonita Springs-Estero area. “There seems to be a lot happening which seems to indicate things will be getting better in 2013,” he said, pointing to new ownership and renovations at The Promenade, new residential developments and a new child development center on Old 41 — a success story for the newly formed Bonita Springs-Estero Economic Development Council. “The new economic development council is just a great thing for the area because they’re letting residents and businesses who want to move here know that Bonita Springs, and all of the South Lee County area, is open for business,” Thomson said.

With the lingering recession came great opportunity to evaluate our region’s heavy reliance on tourism, hospitality, and construction related industries, he noted. While those industries will remain important to economic recovery, local leaders are attempting to diversify the economy by courting high tech, scientiﬁ c and medical businesses for a “research diamond” area including FGCU, the international airport, and biotech company Algenol Biofuels. The Southwest Florida Regional Education Summit in October brought local educators and business leaders to discuss ways to improve the ability and education of our local workforce. It’s something on the minds of executives looking to grow their business. According to the RERI’s Business Climate Survey, “lack of qualiﬁed employees” was a key factor limiting business expansion in Lee County.

Although the stock market has seen major ﬂuctuations throughout the recession, as economic outlooks and moods tend to sway easily, ﬁnancial planner John Picone recommends taking the long-term approach to investing in 2013 and beyond. “Constantly reacting to the ever changing current events is not a sound investment strategy,” he said. Like other local executives, Picone sees reasons for optimism in the year ahead. He predicts more “slow growth” as the local economy continues to rebound. “We have found over the last three decades it pays to be optimistic,” he said. “Many people underestimate the strength and size of our economy and the businesses that help create the U.S. economy. We seem to ﬁnd a way to bounce back from the economic downturns which are inevitable.”