Despite being a successful athlete, bar and restaurant owner and sales executive for a computer company, Kevin Gallagher always wanted to write a book about hitting a baseball.

The crack of the bat, the ball sailing in the air and the cha nce to zip around the bases is one of the best athletic feelings. But swinging and missing the pitch – time after time — is the worst. Hence Gallagher’s title: “Teach Your Kid To Hit…So They Don’t Quit.” 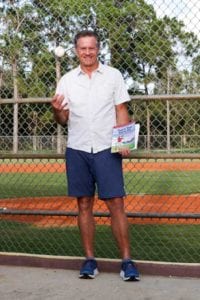 “I wrote this book for all the ordinary kids out there who love and want to play the game but find it difficult,” he said. “And to not hit the ball is embarrassing. Everyone’s watching — the parents, your friends, the boy or girl you may like, strangers, everyone! The longest and loneliest walk in sports is that 60-foot walk back to the dugout after you struck out…again. And if a kid keeps missing, he’s going to quit.”

Gallagher knew he literally hit a home run with his book when his friend Dave Furman read it and told him, “I’m that kid. I was a failure, embarrassed. And I loved baseball. I wanted to play, but nobody knew how to teach me.’”

His own pain literally came as he started to show professional promise. A star in football, basketball and baseball at Croton-Harmon High in New York, Gallagher stayed in state and attended Pace University, where he excelled at baseball and basketball.

“I was a Mets fan,” he added. “I thought I was going to play in Shea Stadium.”

Gallagher made it as far as Class A ball, three steps from the majors. However, a broken navicular bone and torn rotator cuff ended those dreams. Where he was most wounded was in his heart.

“I had my career taken from me, and it stayed with me all these years,” he said. “Maybe that’s why I always wanted to write this book.”

After his baseball career ended, Gallagher and his family ran a successful bar and restaurant called Gallagher’s II in New York for 20 years. However, he silently carried the bitterness with him all that time, contributing to alcoholism. He went into recovery, today is 28 years sober, and he continues to help others change their lives. 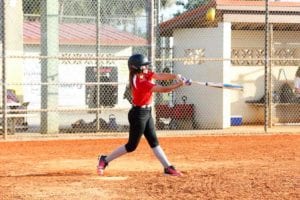 “I was so bitter,” Gallagher recalled. “I needed somebody to give me perspective. It was my brother, John. He said, ‘Kevin, do you realize I’d given my right arm to be you for one day? All those wonderful experiences you had, and you aren’t enjoying them. I would love to have any one of them.’

“It changed how I looked at my life, and I began to see it through the lens of those who never had the joy of playing the game, but so desperately wanted to.”

Gallagher went on to a successful career in selling high technology solutions to large enterprise clients around the globe. But he considers writing this book one of his best accomplishments.

In the book, Gallagher lays out eight steps to help a youth become a successful hitter. The method is designed to help inexperienced players successfully make contact with the ball, which in turn, keeps them having fun and coming back.

It’s not torque and rotation. And it’s not the launch angle, which the pros do but isn’t the best example for youths. 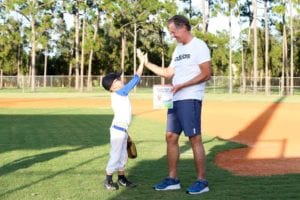 Gallagher focuses on a strong top hand, which keeps the swing plane level. He compared it to chopping down a tree. Because most youth pitching is straight, keeping that level swing increases the odds of hitting the ball.

“You want the child to get the barrel of the bat on the same plane that ball is traveling on, as early as he can and for as long as he can, so he can have multiple points of contact,” Gallagher explained. “Softball or baseball, it doesn’t matter.”

He says it’s important for parents (or whoever is coaching the child) to read this book for two reasons. Children don’t innately know how to hit, and failure will negatively affect their self-esteem and drive them from the game.

“Every parent should want to take his kid to the backyard, then offer a process to empower the kid,” Gallagher said.

His book has received a strong endorsement from former Boston star and Red Sox Hall of Famer Rico Petrocelli.

“Kevin has written a terrific book that will improve the hitting skills of boys and girls of all ages,” Petrocelli wrote. “College and high school coaches can help their players become much better hitters by using the technique that Kevin explains in this book…Kevin knows it works by his experience playing and his extensive research on the subject. This approached helped me hit 40 home runs one year in the Major Leagues.” 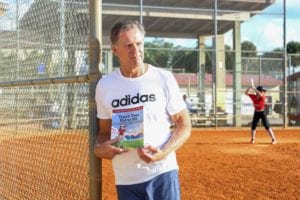 The book also received a favorable review from WFAN talk-show host Rick Wolff, who’s also a book editor, author, college coach, broadcaster and former professional baseball player: “Kevin does a terrific job in outlining how any mom or dad can teach their child the basic-and-right approaching to hitting the first time in their playing days when they begin to struggle. His top-hand process is straightforward and right to the point. I only wish I had Kevin available when I was a kid.”

Gallagher says his hitting technique is not revolutionary, and his goal isn’t to produce a travel ball or high school star.

“Baseball is a great sport. I want to see kids play ball, hit the ball, round the bases and get slapped on their backs when they score a run,” he said. “I don’t want kids to fall by the wayside. I want them to have fond memories of their youth, and create lifelong baseball fans.” 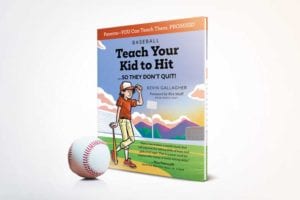 “Teach Your Kid To Hit… So They Don’t Quit” is available on Amazon and is being marketed internationally. A book promo video may be viewed on YouTube at https://youtu.be/Lr8pgxtigt8.