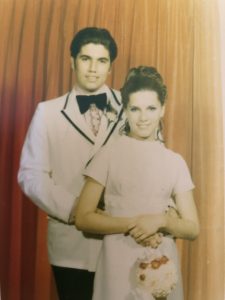 Life was good in the small Chicago suburb of Calumet City in the 1980s, with friends down every other street and family memories made in abundance, but Joe and Joni Pavich slowly began to set their sights further south.  As employment plummeted at U.S. Steel, where Joe was a steel worker, he knew it was time to make a career change.  For a few years, he worked in sales in the automotive glass business, but ultimately, the tropical life beckoned.

Southwest Florida was where both Joe’s parents and Joni’s parents lived in Naples. After diligent research on Joni’s part, writing letters to Lee and Collier County school systems for report card information, she determined Estero High school to be the best place for their sons, Joe Jr. and Jason.

In 1989, after waiting for Joe Jr. to graduate 8th grade, the Pavich family took a leap of faith and bought one of the first 12 homes built in the Fountain Lakes community, when Estero had a population of less than 1,000. The town was predominantly cow pastures. For all the things Estero lacked, Joe and Joni saw its potential for growth and prosperity. Over the next three decades, they actively pursued that vision for their family and community alike.

Celebrating 50 years of marriage this year, Joe and Joni are a force for good wherever they go. 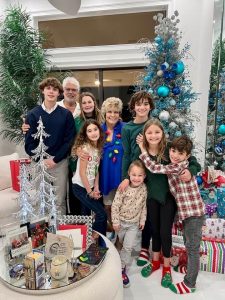 Where Everybody Knows Your Name

Anyone who lives in Estero today likely knows the Pavich name. Billboards for their family-owned company, J. Pavich Real Estate Realty World—which has sold over $1.5 billion in Estero properties—are a familiar sight around town. Their roots in the community run deep – all seven of the Pavich grandchildren were born in Estero.  Joe Jr. and his wife, Jennifer, live in West Bay Club with their three children while Jason and wife Jami live in Bella Terra with their four children.

Perhaps the Pavich family’s  greatest impact has been through community building and service. Joe and Joni were founding members of many Estero organizations and continue to be involved in numerous organizations focused on enhancing the quality of life in the Village of Estero.

“Joe Pavich Sr. is principled, reliable and authentic,” said ECCL board member Jim Shields. “He is all about family and community. Joe is generous of himself when it comes to helping others—he will do his share and more. Joe is a person of very good character and always has a congenial disposition.”

Meanwhile, Joni serves on the board of directors for the Estero Forever Foundation and as the Greater Estero Chamber. Both Joe and Joni were individually named Estero Chamber of Commerce Persons of the Year in 2020, and they were both named to Estero’s “Top 25 Persons of Greatest Influence” in 2021.

Joe was president of Bonita Springs-Estero Realtors when Meighan Harris was promoted to CEO, and she credits him with supporting her personal and professional growth.

“As the two-time president of BER, Joe proved himself to be a great leader of our organization. In fact, in 2009 he was the person behind creating our non-profit foundation to support members who found themselves in a crisis situation,” Harris noted. “Not only is he a great leader, he has a big heart.”

“At our events, you would always see his family in tow,” she added. “He’s been a great mentor to his sons and other agents in his office.”

The story of how every member of the Pavich family ended up in real estate begins on an unassuming Sunday afternoon in January 1992. Joe was at home watching the Bears game when the doorbell rang. Larry Peterson, the salesman from Thomas Galt Custom Homes who sold the Paviches their Fountain Lakes home, asked Joe if he would sit in a model home with him and talk to potential homebuyers.

“Larry said to me, ‘It’s easy! You live here, you have the same exact house as the model. What could somebody ask you that you don’t know?’ So I thought, OK, I can do that,” Joe recalls.

Larry called again the following week, leading Joe to his lightbulb moment – he was selling something he believed in and enjoyed doing it. Joe kept his sales manager position at Safelite Auto Glass, obtained his real estate license, and started selling real estate on evenings and weekends.

Joe’s next career move took him to Staffile and Haywood Realty on the corner of Broadway Avenue and U.S. 41. He and broker Bob Gerrero eventually moved Stafile and Haywood to a space in Corkscrew Shopping Center.  In June 1997, they purchased the Realty World International franchise, locally called Realty World Florida. 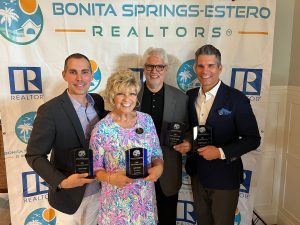 Joe and Joni’s youngest son, Jason, joined the team immediately after high school. He went to the Academy of Real Estate in Fort Myers and at age 18, received his real estate license.

“Jason was the first family member to join his dad. He was also the youngest realtor in the entire board of realtors, and at that time, we had 1,000 members,” said Joni.

Joe Jr. was next to join the group after graduating from the University of Florida in Gainesville.

“Real Estate was not my first career choice, actually,” he said. “I worked at Enterprise Rent-A-Car in the late ’90s and loved my career. My plans were to stay with Enterprise and climb the corporate ladder. My father kept telling me how much I would love real estate and that I need to get my license. I took the real estate class with my mom, eventually gave my notice at Enterprise, and I gave real estate 110%.”

Meanwhile, Joni was still working for the John Scanlon Auto Group as a customer relations manager and loving her job, too. It was Jason who changed her path.

“Jason came to me and said, ‘Mom, you need to give this some thought. We feel like we’re a puzzle and there’s a piece missing. The missing piece is you, and you should really be in real estate with us.’ And that was it,” said Joni, who joined the family business in 2001.

Today all four Paviches are co-owners. When Gerrero decided to retire, the family changed the name of the business to J. Pavich Real Estate Realty World. The firm currently has 40 agents, all of whom are considered “family,” along with the many clients they serve. 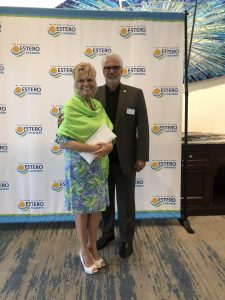 A Family and Community Grow Together

It wasn’t always easy to sell homes in Estero. In the early days, communities like Wildcat Run and Country Creek were in their infancy. Fountain Lakes and Breckenridge were the only other established neighborhoods. There weren’t many other elements to attract potential homeowners.

“We formed some groups within Estero to ensure that anything that was built was smart growth, and a certain design—the Mediterranean design—so when you came to Estero you have a feeling of a newer community,” Joe explained.

Civic organizations such as the ECCL were formed through the efforts of Joe Pavich and other early Estero residents who cast a vision for their growing community. ECCL founding members Don Eslick and Nick Batos were drivers of Estero’s incorporation in 2014, Pavich noted.

In many ways, the Village of Estero and the Pavich family real estate business evolved together. The values that Joe and Joni lived and instilled in their sons have resulted in solid, long-lasting relationships. The family business is based on referrals, hard work and trust.

“My parents are both very selfless people,” said Joe Jr. “They have always put us and everybody else first. What you see is what you get with them. As personable as they appear is how they live life. I have learned my best qualities from them.”

Joe and Joni never envisioned working with their sons in real estate when they moved to Estero back in 1989. Their lived experience has surpassed even their big dreams.

“Bringing them down here young, I always hoped they’d fall in love, get married, have babies, and we’d all end up in Estero and not be separated across the country,” Joni said. “We’ve always taught them to treat people the way you want to be treated, and I see that it’s the same now with my grandchildren — everyone follows that value. That’s the greatest pride we have – how our family takes care of each other and how our customers are taken care of.” 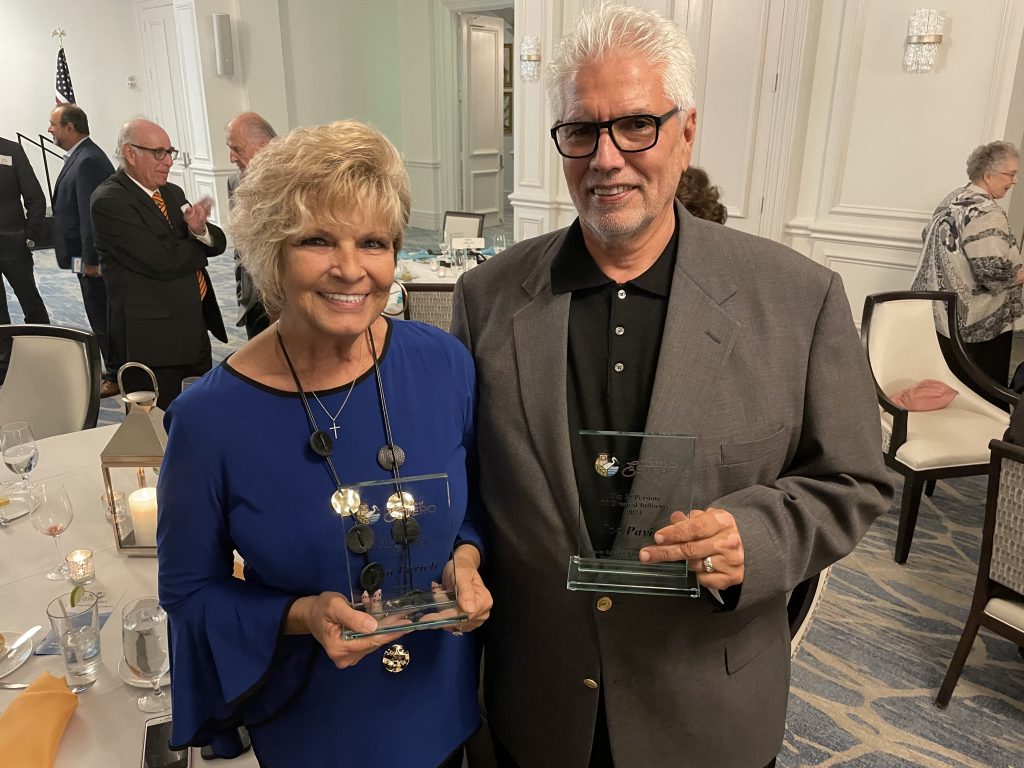 Top 25 Most Influential People in Estero