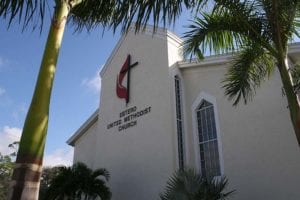 For Estero residents, the United Methodist Church is one of the most familiar landmarks in the Village. Dating back to the times of the original settling families, the church turns 100 this year, making it one of the oldest institutions in the area. Celebrations will be anchored by the second installment of the “Raise the Roof” concert series, starting January 24.

“The series was well attended last year,” says organizer Bob Kassi, “and this year we have new and exciting performers.”

Not only has Kassi focused on finding the talent, but he’s also putting together a concert series booklet honoring the centennial. The pamphlet will tell the story of Estero United Methodist in pictures and dates. Audiences will receive it with their programs — a sliver of Estero history to treasure and share.

At the Estero Historical Society, Marlene Fernandez presides over a table strewn with old pictures and documents. She knows these documents well; her grandparents-in-law were among Estero’s first immigrant settlers and founders of the church. The Fernandez forbears arrived from Portugal in 1898 as missionaries. However, once settled, they had to secure a livelihood fishing and citrus farming. 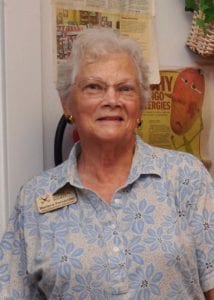 In 1919, the Fernandez family and other Estero locals started congregating for prayer in the one-room schoolhouse, preserved today in Estero Community Park. The small sanctuary grew, and while it had no regular minister, the community persisted in showing up every Sunday. Church oral histories, recorded by Estero residents Della Smith and Helen Horne, detail how, in a time of few automobiles, churchgoers traveled on horseback, by horse and buggy, or on foot to get to Sunday school and the occasional communal dinner, “which was a big day, especially for the younger set.”

The church raised its first building in 1929, on a lot donated by the Soto family, and by a $100 donation from the Fernandez family. The “little white church” was later moved across the street, demolished by a hurricane, rebuilt and expanded. For a long time, Estero was defined by the area between Highlands Avenue and Sandy Lane.

“Our Church was literally the heart of the Estero community,” says Pastor Tim Carson. The current building, and the presence of a full time pastor, date back to 1961.

“The original church was Episcopal,” notes Fernandez, reflecting on the varied religious backgrounds of the founders. Today, Estero United Methodist Church offers services in English and Spanish to a multicultural group of between 350 and 1,200 worshipers, with a rapidly growing Hispanic ministry. Rooted in community service, the church hosts New Horizons of Southwest Florida programs, a Scout troop, AA meetings, Storytellers Creative Arts and a Garden Ministry. To better accommodate these activities, as well as the Bible study groups and youth ministry, last year’s renovation project added 14,000 square feet of space to the main building, says Carson.

The proceeds of this year’s “Raise the Roof” concert series will go toward renovating the Youth Building. Built in 1960, part of the structure was intended as a bomb shelter. An important gathering place for students, at 60 years old, the building needs modernization. The concert series will celebrate the church’s centennial with four concerts, featuring a YouTube sensation, a Grammy winner, a duo of comedians and a family act. 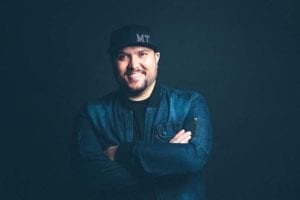 Micah Tyler will be at Estero UMC in January.

Micah Tyler, performing on Jan. 24, is a songwriter from Buna, Texas. His Southern-soul style has thrilled fans on stages across the country. In 2016, his video parody “You’ve Gotta Love Millennials” became a YouTube sensation. His single “Never Been a Moment” was an instant radio hit. Micah’s songs are autobiographical and honest, and relatable to his audiences. 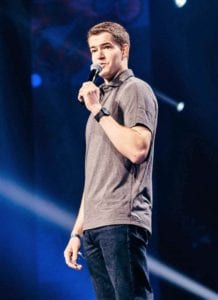 Grammy Award winning artist Guy Penrod is a Christian vocalist with a big personality who became well known during his tenure as a lead singer with the Gaither Vocal Band. His rich, expressive voice has charmed audiences from the Grand Ole’ Opry to the Sydney Opera House. An inductee into the Gospel Music Hall of Fame, Penrod has an ardent following of social media fans, attracted not only by his musical talent and charisma, but also by his devotion to family and faith. He will perform on February 7.

On February 28, in a welcome first for the series, the Laugh All Night Comedy Concert takes the stage. Heading up the family-friendly Christian comedy night will be David Dean and Andrew Stanley. David Dean has been a stand-up comedian for over 25 years, playing iconic venues like Chicago’s Second City, but also on military bases all over the USA, Germany and Cuba. His hilarious commentary is marked by humble, self-effacing honesty and wit. Stanley is an Atlanta-based stand-up act whose observational style and dry sense of humor have made many audiences laugh. His dad being the pastor of North Point Ministries, Andrew jokes he’s forced to “work clean.”

On the last night of the series, March 21, family trio The Martins will grace UMC’s stage. Siblings Joyce, Jonathan and Judy Martin rose to popularity in the 1990s, playing venues like the Grand Ole’ Opry, Carnegie Hall, and even the White House. Their distinctive harmonies have earned them eight Dove awards and two Grammy nominations. The Martins’ goal is through music to “share messages of God’s goodness and providential hand at work in every season of our lives.”

Estero United Methodist will also host a centennial celebration for its congregation on Feb.10. As Church member Jim Burg points out, “We can’t move forward without knowing where we’ve been.”

As the church honors its past, it’s also looking forward with more plans of improvement and community involvement in the next 100 years!

Sketch of the Evolution of Estero UMC by Vicki Fernandez 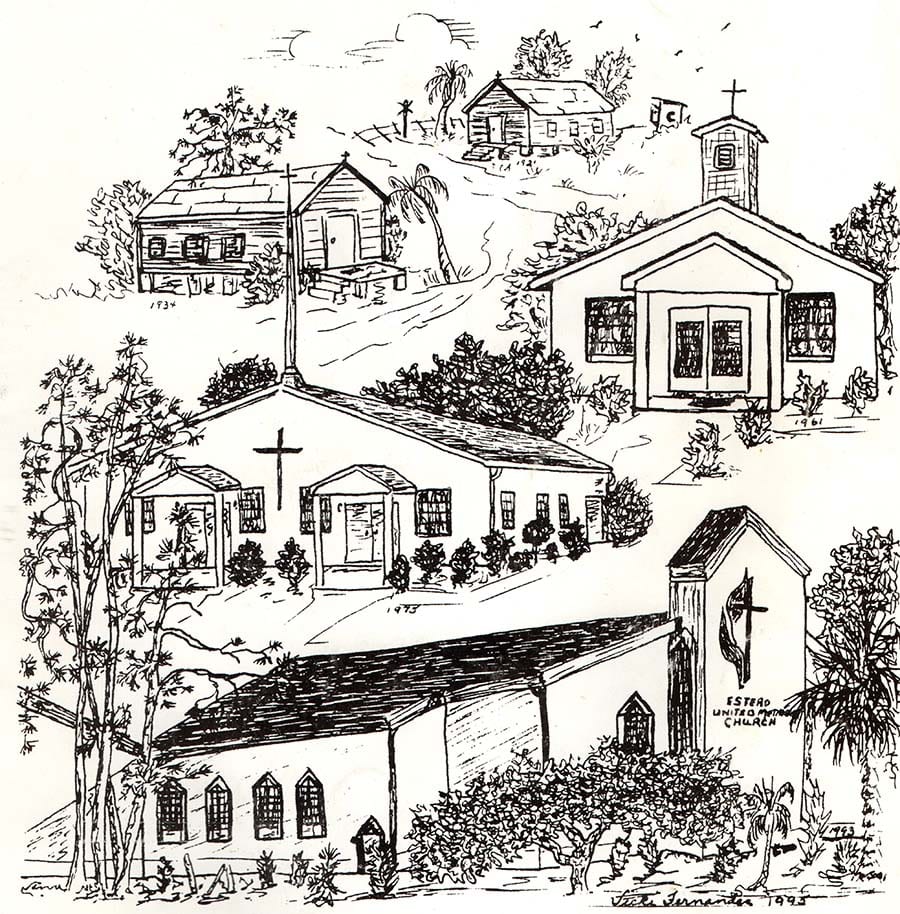