In the current climate, building a healthy immune system has become more important than ever. We asked local fitness experts for tips to keep the respiratory, cardiovascular and lymphatic systems going strong.

In the early 1900s, Joseph Pilates – who developed one of the most popular full-body workouts – held his first studio in an internment camp. His students? Tens of thousands of suspected enemy aliens on the Isle of Man, a British Crown dependency in the Irish Sea. 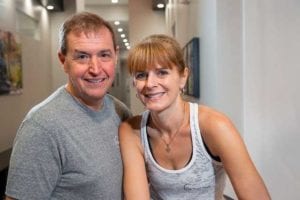 The son of a gymnast and a naturopath, Pilates began watching cats and noticed how they constantly stretched and limbered up. He soon led a field full of men in standing exercises.

While the Spanish flu spread around the world and killed 50 million people, Pilates told Sports Illustrated that none of his participants got sick, much less died—a credit to their stretching regimen.

As the exercises evolved into a full-body workout, they became known as Contrology. When the founder died in 1967, the name changed to Pilates in his honor.

Shannon Willits calls it the best workout around and the secret to longevity. The Sarasota resident, a career instructor and master trainer for Club Pilates, Shannon owns three Club Pilates in Lee County, including a new location in Estero at Shoppes of Grande Oak.

“Pilates is like an orchestra,” Willits said. “Your body is the symphony, and the nervous system is the conductor. And when one violin is out of tune, whether that’s a rotator cuff or organ, we know how to help it play properly with our ‘ABCs of Posture’ which include alignment, breathing and core.”

Pilates based his work on three principles: breathing, whole-body health and whole-body commitment. Within that structure encompasses mind, body and spirit. 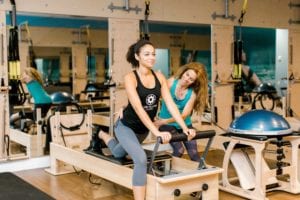 “Above all, learn how to breathe properly,” Pilates is quoted as saying.

“There’s so much lymph up in the neck, along the spine, ankles and calves,” she said. “When we do three-dimensional diaphragmatic breathing, we move lymph. We have a natural built-in lymphatic pump when we walk and do three-dimensional spinal exercises. Moving our whole bodies is elevating the immune system. It’s bio-mechanical immunity because movement is medicine.”

Since coming to the Southwest Florida community nearly five years ago, the Blue Zones Project has worked to help people make better health choices through a set of principles known as the Power 9, practiced by the longest-living people in the world. Blue Zones partners with schools, restaurants, grocery stores, faith-based organizations and worksites to help community members make positive lifestyle changes.

“Now more than ever, people are looking for ways to improve their health and build resiliency while maintaining safety,” said Sebastien Saitta, marketing director for Blue Zones-Southwest Florida. “Our virtual well-being activities are the perfect opportunity, and the increasingly large number of signups for our virtual events reflects that.” 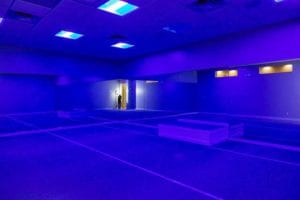 Programs include plant-based cooking demonstrations, videos, virtual-purpose workshops and virtual, well-being Moai (Japanese for “meeting for a common purpose”). Each week, a new Power 9 activity for community members is offered on the Blue Zones Facebook page or by emailing BlueZonesProjectSWFL@ShareCare.com.

“We are so fortunate to have many partners and well-being champions who are willing to volunteer their time and expertise with Blue Zones Project to help improve well-being in our community,” Saitta said.

“Power 9 principles are a great way to combat those issues and help increase overall well-being and longevity,” he said.

Breathe deep (but make sure the air is pure)

A huge aspect of yoga is breathing. Thankfully, Our Yoga Place has implemented systems to keep the air in yoga rooms clean so students can safely practice techniques to improve their respiratory, cardiovascular and immune systems.

Deep breathing can quickly create an imbalance of carbon dioxide in the yoga room, and hot yoga further amplifies the need to circulate, ventilate and sterilize the air and surfaces to fight bacteria, mold, yeast and fungus.

A consistent issue for hot yoga studios is poor ventilation and unsanitary conditions. 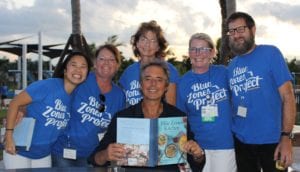 “They smell bad,” said Nancy Gerald of other studios she’s been in. “They smell like a workout facility with body odor, which means there’s bacteria and pathogens that exist. When it smells that bad, you know it is really bad.”

Haglid Engineering & Associates, Inc., certified that the indoor air quality at Our Yoga Place exceeds that of 90 percent of typical buildings in the United States, thanks to HVAC technology which exchanges indoor stale air with fresh outdoor air at a superior rate.

Additionally, Our Yoga place became the first fitness studio to use commercial-grade ultraviolet SpectraClean devices throughout yoga and locker-room facilities. These devices are widely used in food processing and preparation industries, as well cleanroom laboratories. 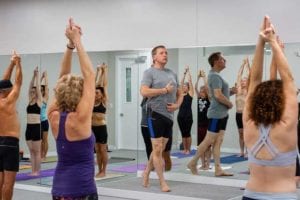 Anti-microbial disinfection through illumination is proven effective on pathogens suspended in air or attached to a variety of surfaces. MRSA, staph and e-coli are among the long list of pathogens that are eliminated by SpectraClean technology.

Adding to the safe cleaning practices at Our Yoga Place, the room’s flooring material is treated with an anti-microbial formula which guards against the growth of mildew, fungi and bacteria. This durable thermoplastic construction is designed specifically for the moisture and humidity of hot yoga studios. Additionally, the floor has a shock-absorbing cushion for less stress on the body and reduced risk of slippage.

“When Nancy and I decided to make Estero our home and make an investment in our community, we committed ourselves to creating a world-class facility,” said Co-owner Tom Palmer.

Nancy’s Story: How yoga helps through times of intense pain

Talk about timing. Nancy Gerald and her partner, Tom Palmer, opened Our Yoga Place at Coconut Point just two months before the COVID-19 pandemic forced a shutdown. While that might have been a blow to business, Nancy was struck with a personal whammy, too—an urgent surgery needed just two weeks after the doors opened at the studio. 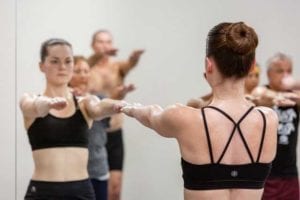 So when Nancy speaks to her students about the way yoga brings their minds, bodies and souls together, it’s not just rhetoric; she’s had to lean on these principles to survive the biggest challenges of her life.

In July 2019, Nancy was diagnosed with trigeminal neuralgia. It’s a chronic pain condition affecting the trigeminal nerve, which carries sensation from the face to the brain. Even mild stimulation—brushing one’s teeth or putting on makeup—may trigger a jolt of pain. 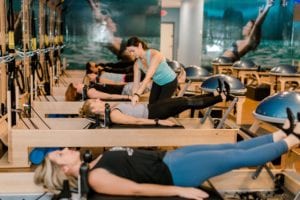 “Imagine an electric rod being jammed in into your jaw and having an abscessed tooth being pulled out at the same time,” Nancy describes. “It’s incredibly intense and painful. There’s nothing you can do. My body just curls up, and every muscle responds to the pain.”

Because the pain is so intense, the mind has a hard time ignoring it, which makes sleep and thinking nearly impossible.

“It’s referred to as the suicide disease,” says Nancy. “It’s so debilitating and painful, it leads to people killing themselves.”

Nancy’s challenges began in December 2018 with her first attack. “I passed it off,” she recalls.

However, the searing pain resurfaced on July 2, 2019, while making dinner. The next day, she saw her internal-medicine doctor, who gave her a prescription for steroids and told her to see a maxillofacial surgeon. 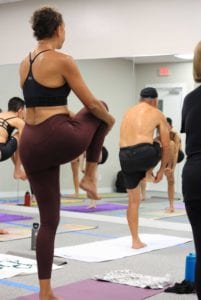 For six months, Nancy and her medical team struggled to find ways to combat the pain. She was placedon multiple drugs and even given an inaccurate diagnosis of multiple sclerosis. The pain medications brought significant side effects, including severe headaches and suicidal thoughts. She later learned she had been significantly overdosed.

Nancy managed to find her way to the The Facial Pain Association, eventually leading to Dr. Siviero Agazzi, a neurosurgery specialist at the University of South Florida, who evaluated her to determine if surgery would be possible.

Through it all, her background in yoga had proven to be an invaluable source of inner strength. Nancy and Tom forged ahead with plans to open Our Yoga Place, celebrating the grand opening on Feb. 5, 2020. 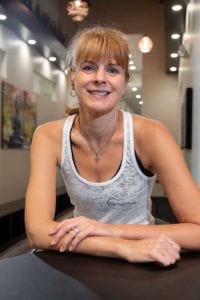 ive days later, Nancy underwent a craniotomy with microvascular decompression. A cut was made into her skull about the size of a silver dollar.

“My basic understanding on the surgery Nancy had to solve her issues is that it was like major head trauma after getting into a car accident,” explains Tom. “They bore a hole into her head. They had to probe around her brain tissue to the brain stem.”

In the process, surgeons successfully separated an artery from the nerve. Nancy spent the next two weeks in bed with limited movement.

Four months post-surgery, she has an excellent prognosis and needs minimal pain medication. She says she continues to benefit from practicing and teaching yoga.

“I have my life back,” Nancy declares.