In Southwest Florida, restaurants seem to come and go as quickly as passing fancy. If you find a restaurant with longevity, you’re usually in for a treat. It takes enduring quality — coupled with business sense — to endure economic downturns and competitive challenges. And, in the case of Ristorante Farfalla, it took a bit of a gamble.

Chef Michael Fattah made a bet on Estero back when it had more cows than residents. Twenty years ago, he became the first tenant to sign a lease in the Corkscrew Village shopping center at the corner of U.S. 41 and Corkscrew Road after its anchor tenant, Publix. 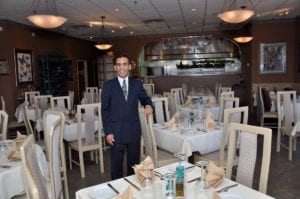 As Estero now nears buildout of developable land, it seems inconceivable to imagine the landscape of 1998. No one referred to Estero as a “village;” it was merely a blip between Fort Myers and Naples. Development was just starting near the interstate: Florida Gulf Coast University was educating its first class of students, and Germain Arena was launching its inaugural season of Everblades Hockey. Miromar Outlets was under construction, but not much was happening to the west along U.S. 41. Fountain Lakes was the only established neighborhood in the area with a handful of other communities in various stages of development and construction. Estero had just 800 full-time residents. Coconut Point didn’t exist.

This sleepy section of unincorporated Lee County was going to be the next boomtown, an enthusiastic realtor told Fattah. The chef had been working in an Italian restaurant on Naples Fifth Avenue and was searching for a place to open his own. A lease had fallen through on a Fifth Avenue property, and Fattah had journeyed north to look at Venetian Village and Pelican Bay. He says he came to Estero “by accident.”

When he told his very pregnant wife, Liz, he had signed a lease, her response was, “Who are you going to feed — the cows?” But she believed in her husband’s abilities (she knew he was “the one” after he served her homemade lobster ravioli), so she soon changed her chorus to: “Build it, and they will come.”

It was Liz who was responsible for inspiring the restaurant’s name. One day, she found a lovely swallowtail butterfly in a parking lot and brought it in her cupped hands to her husband at the restaurant where he was working. That butterfly is now preserved and is among many on display at Farfalla — which means “butterfly” in Italian and doubles as the word for “bowtie,” like the pasta. A custom acrylic sign for the restaurant is filled with exactly 98 shiny butterflies, to commemorate Ristorante Farfalla’s founding in January 1998.

In contrast to the butterfly, which flits around without care, Fattah is deliberate in everything he does. His No. 1 secret to longevity, he says, is being picky. Everything on the table is precisely placed, down to the uniform spacing of silverware.

“I love details,” he says. “I am a very picky restauranteur. I like everything clean and organized.” Even his 20-year-old 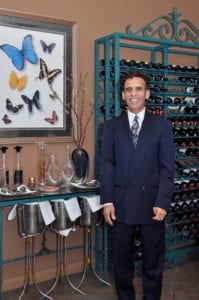 Prior to his culinary training, Fattah pursued accounting, affording him a business sense which has helped him succeed. Fattah also has a knack for getting on top of trends. Not only did he recognize Estero as an up-and-coming market in 1998, but he also petitioned Lee County for special approval to build his restaurant with an open kitchen — long before it was trendy — so his patrons could see how clean and efficiently his kitchen operates.

A native of Egypt, Fattah received his culinary training under a German Meister in Switzerland who taught him the word “bestimmt” — perfect. “Either do it good and right, or don’t do it,” Fattah says.

His staff knows to greets patrons with “buongiorno” or “buonasera” (“good afternoon” or “good evening” in Italian) and to never complain about a guest; Fattah won’t tolerate it in his “house.”

He’s just as particular about the food he prepares. If he can’t be in the kitchen at Farfalla, the restaurant won’t be open. He has found a few quality sous chefs over the years, but there are still certain things no one else touches. Fattah butchers his own meat, makes his own fresh mozzarella and simmers his demi glace for 48 hours. Desserts, including homemade tiramisu and creme brulee, are classically prepared. Fattah even scrapes the seeds out of real vanilla bean pods instead of using extract.

“Since I’ve opened, nobody makes dessert but me,” Fattah proudly declares.

Patsy Rattigan and her late husband purchased a home in Naples in 1998 and discovered Farfalla shortly after. She’s been dining there ever since and takes pleasure in introducing friends to this Estero fine dining gem. 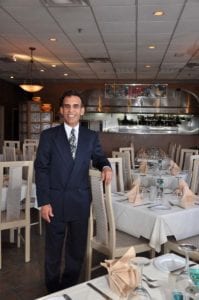 The first dish she tried was Petto di Pollo alla Francese (a chicken scaloppine dish), which remains a favorite. However, if Chef Michael has fresh scallops, he knows to reserve some for Mrs. Rattigan.

Part-time Estero resident Michael D’Angelo, another faithful patron, is a connoisseur of real Italian cooking, spending a third of each year in Tuscany.

“The risotto that Michael makes there is the closest you will find in the United States to Northern Italy,” D’Angelo says. “It’s very authentic. Everything Michael does there is fresh every day. To people who know how to eat and enjoy eating, you want fresh. I can say that I haven’t had a bad meal there in 17 years.”

Chef/Owner Michael Fattah has been running the kitchen at Ristorante Farfalla since Jan. 8, 1998. 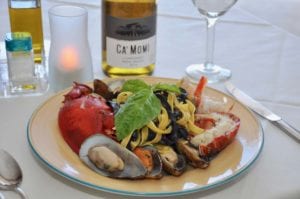 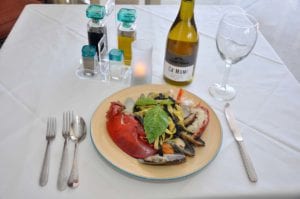 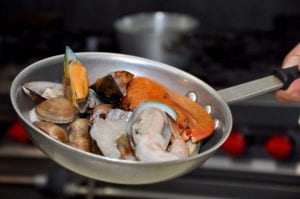