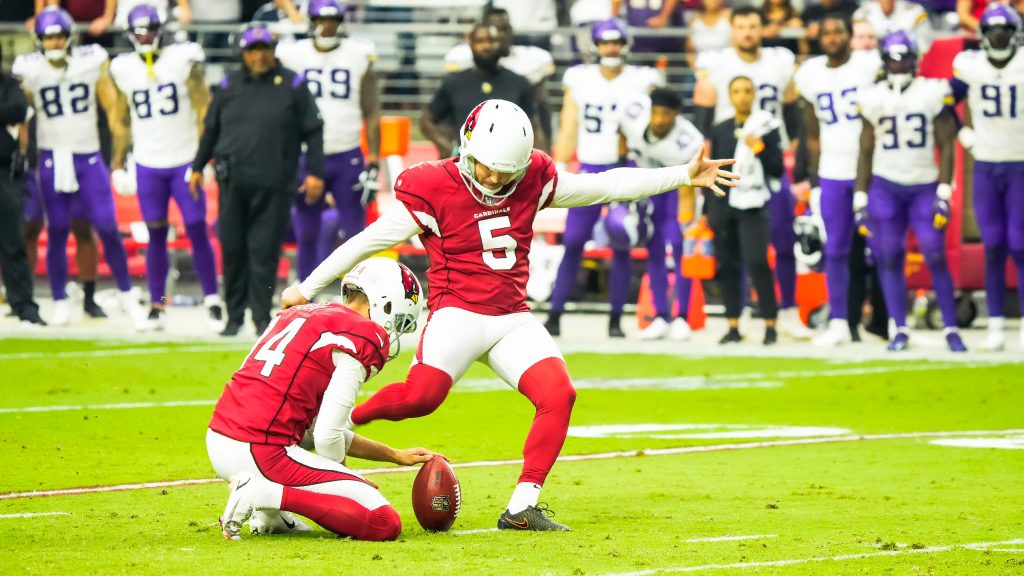 Former Estero High School kicker Matt Prater not only has kicked some of the longest field goals in National Football League history, but he’s had a number of boots that have been game-winners.

The latest example came on Sept. 20 when the Arizona Cardinals kicker nailed a 62-yard field goal at the end of the first half against the Minnesota Vikings. The points were the difference in a 34-33 Cardinals victory, a win that came after Minnesota’s kicker missed his field goal in the final seconds.

Prater now has made two of the 13 longest field goals in NFL history. His 64-yard field goal in 2013 for the Denver Broncos was the longest ever in the NFL until Justin Tucker eclipsed the record with a 66-yard kick on Sept. 26, 2021.

With the three teams Prater has played for – the Denver Broncos, Detroit Lions and Arizona Cardinals – Prater has those franchise’s longest field goal.

In his NFL career, the 2002 Estero High graduate has a record 60 field goals of 50 yards or longer. His 74 percent conversion rate from that distance – 60-of-81 – is the most accurate in NFL history.

He had a stretch when he played for the Lions where he also set NFL records for consecutive field goal conversions of 50-plus yards (14 field goals) and 55-plus yards (seven field goals). Since 2008, Prater has made at least one field goal every season from more than 50 yards.

In the AFC Championship (2013 season), he made all four of his field goals in a 26-16 win over the New England Patriots.

In 2016, he made the tying and game-winning kicks to beat the Minnesota Vikings in the final two minutes.

If Prater, 37, has another three to five solid seasons where he’d top 500 fields and add to his number of 50-yard kicks, he’d build on already-impressive numbers.

And that would put him in the conversation for the NFL’s greatest individual honor — the Hall of Fame.