Once shrouded from the world by its isolationist politics, the capital of the Czech Republic has since transformed into a luxury destination for the most sophisticated travelers. 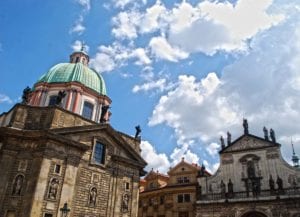 The view of Prague in late spring is one I will never forget: the charming red trams winding through a labyrinth of cobblestone streets, the last remnants of snow sprinkled across a sea of crimson rooftops, the skyline pierced with gothic spires and ornate statues. It’s breathtaking.

Prague has endured as an enigma to the Western world. In fact, it wasn’t until the fall of the Iron Curtain in 1991 and the peaceful dissolution of Czechoslovakia in 1993 that Czechs began to shed their Soviet sleeves and establish a sense of national identity. Today people flock here from across the globe for the beautiful architecture, romantic scenery and Vegas-style nightlife — last year Prague even ranked as the sixth best travel destination, according to TripAdvisor Traveler’s Choice Awards. 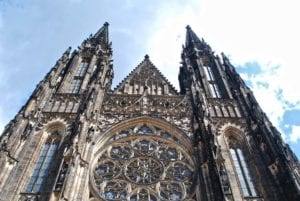 Perhaps by miraculous fate, Prague survived World War II mostly unscathed. Walking around Old Town Square, you can hardly tell time has passed, except that the century-old buildings have been painted over in dreamy blues and vibrant yellows, musicians and street performers entertain the crowds, and a chorus of foreign languages fills the air. The famous Astronomical Clock, which recently celebrated its 605th birthday, looms above; you can climb up to the top for panoramic vistas of the entire city. On the opposite side of the plaza, the Church of Our Lady before Týn dominates the horizon with its striking, medieval towers.

Artisan crafters, jewelers and painters line the historic Charles Bridge, built from magnificent Bohemian sandstone and stretching across the Vltava River. A few blocks away, the John Lennon Wall gives voice to generations past and present. In the 1960s, students adorned its façade with Beatles-inspired graffiti art to air their grievances during the Prague Spring of 1968, when the Czechs revolted against Soviet occupation. 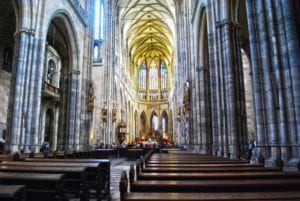 Prague Castle is the largest castle complex in the world, and it shoots up into the sky in Hogwarts-esque glory. It has a number of palaces, halls and scenic grounds to explore, but it’s the St. Vitus Cathedral in the heart of the compound, whose design elements range from renaissance to neo-gothic and which took a millennium to complete, that holds its own against the Seven Wonders.

Lurking in the shadows of Prague Castle, the often-overlooked yet equally impressive Wallenstein Palace is a baroque relic of Austro-Hungarian imperialism, with an Italian-style garden, grotto, fountain, aviary, and colorful peacocks galore. It is still in operation as the headquarters of the Czech Senate. Vyšehrad is also underrated, probably due to its location outside of the city center, although it easily ranks as the most important cultural and historical landmark in the country. This fortress is widely believed to be the site of the first Prague settlement, dating all the way back to the 10th century. It encompasses a church, rotunda and park as well as the famed Vyšehrad cemetery, the resting place for some of the most celebrated Czech artists, writers, sculptors, scientists, politicians and other public figures. 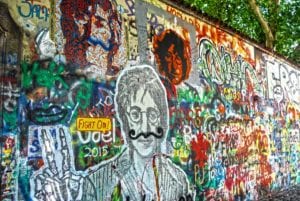 Mixed with the magic of Prague’s enchanting old-world setting is an unexpected scene of cutting-edge style and luxury. Shopaholics head to Paris Street, near the Jewish Quarter, to find desired international brands like Louis Vuitton, Fendi, Dior, Prada and more. Designer boutiques offer the finest clothing and accessories, from the quality materials and detailing of the womenswear at Leeda to the high-end jewelry at Antipearle. And Prague is home to innovative fashion designers who give those in Milan and New York a run for their money; among them are names such as Klara Nademlynska, Zuzana Kubíčková and Jozef Sloboda. 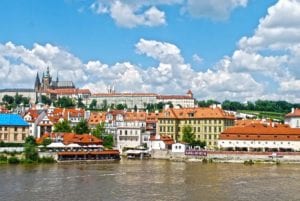 In Prague, high society is celebrated. The National Gallery in Prague houses the Czech Republic’s largest collection of art from Picasso to Klimt, while the lesser-known Museum of Decorative Arts showcases original work in textiles, fashion, photography, glass and ceramics. Locals dress to the nines to attend an opera, ballet or theatrical performance at the Czech National Theater.

When the sun sets, the metropolis comes to life. Friends gather at venues like KU Bar Lounge and Radost FX to dance the night away, the more low-key Vinograf Wine Bar to sample various authentic Czech wines, or the iconic Reduta Jazz Club to enjoy live jazz music. The beer is cheap, plentiful and exceptionally brewed. The popular Staropramen and Pilsner Urquell drafts can be ordered at nearly every pub, along with a selection of exquisite craft beers – after all, the Czech Republic does consume more beer per capita than any other country. 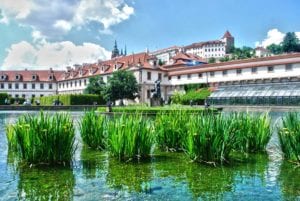 Although communism no longer defines Prague, it certainly left its mark: the streets are still cleaned every morning at 6 a.m. sharp; the people tend to be more reserved; and foreigners are looked at curiously, even suspiciously. Still, there is no mistaking that the Czech capital has emerged as a dynamic travel destination full of architectural allure, compelling attractions and cosmopolitan amenities that will keep you dreaming of Prague until your next vacation. ∞ 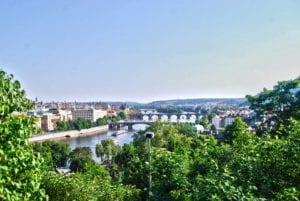