Is there a silver lining to quarantine season? The novel coronavirus has given many people a chance to slow down, reflect on priorities, shift focus and try something new. 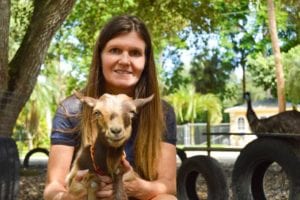 According to a recent survey by STORAGECafé, one in four Americans took up a new hobby during lockdown. The Top 10 “new lockdown hobbies” reported were arts and crafts, exercising, cooking, self-development, reading, gardening, games, do-it-yourself projects, writing and watching TV.

Many people have begun doing things they’ve considered for years, maybe even decades, but never had the time —until COVID. Estero Life Magazine asked our readers to share their “corona-season” pastimes.

As a kid growing up in Westchester County, NY, Laurie Krueger had big dreams. 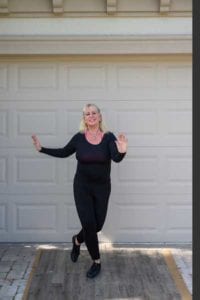 When she told her mother she wanted to be a figure skater, she was given a pair of skates that she could use on the pond when it froze over. When she said she wanted to be a tap dancer, well…“My mother told me that tap dancing ‘went out with Shirley Temple,’ and that was the end of my show-biz career.”

In her early 30s, Krueger decided to revisit her dream of figure skating and began taking lessons. Now a member of the Florida Everblades Figure Skating Club, she has competed for 30 years—and has the medals and trophies to prove it.

When the pandemic hit, access to the ice at Hertz Arena was shut down. Some of her figure-skating friends turned to rollerblading to fill the void, but not Krueger.

“I wanted to pursue my other childhood dream,” says the 63-year-old resident of the Reserve at Estero. “With the lockdown, it seemed like a good time to give it a go. I bought tap shoes on Amazon and studied online beginner videos. I made a great playlist from some of my skating music, as well as downloading traditional 1920s-era tap songs!” 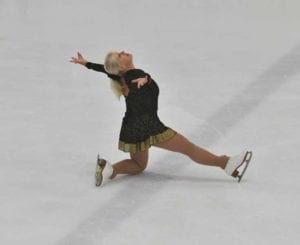 To keep from disturbing her husband—and to save her floors—Krueger practices her new hobby in the garage.

“Tapping in the garage makes an awesome sound!” she reports. Sometimes she even uses props and costumes from her figure skating collection. “The neighbors get a bit of a show when they’re walking their dogs.”

Although the rinks at Hertz Arena have now reopened, Krueger is still tapping. She’s hoping to connect with other adult tap dancers at the Estero Recreation Center.

“I’d like to find a group where I can learn a little more and maybe perform at nursing homes,” says Krueger.

For this grandma of four, it’s never too late to start something new. And the COVID-19 lockdown presented the perfect opportunity: “I’ve found a second passion!”

As an Estero business owner who also runs a farm, Karine Belisle doesn’t have a lot of free time. She’s co-owner of Paw-Radise pet store, where pets are pampered with grooming, gourmet treats from the onsite bakery and holistic pet foods. At home, Belisle works hard caring for 16 goats, three alpacas, 15 chickens, seven dogs and an emu. 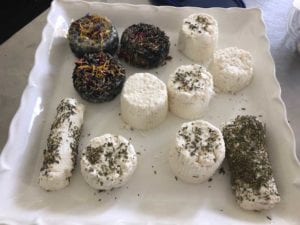 But when the pandemic hit, Belisle turned to something she’s wanted to do for four years: make goat cheese.

“If I put cow’s milk or goat’s milk in front of you, I don’t think you’d taste the difference,” challenges Belisle. “Goat’s milk is not as fat, but a little creamy.”

She can’t sell her goat’s milk to humans because it’s not pasteurized. And there’s only so many bowls of cereal or milk-dunked cookies a person can have. So, she started to look into making cheese.

After several test batches, she reports the cheeses are delicious but “never taste the same.” 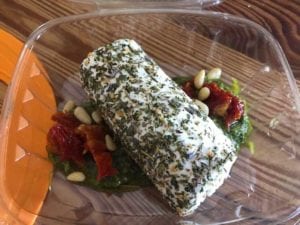 “It depends on what the goats eat,” Belisle says. “We feed them peanut hay because it’s high in protein, grains and alfalfa.”

The cheese-making process starts by warming the milk to a certain temperature before adding a packet containing a probiotic and enzymes. Belisle then covers it overnight to form curds.

In the morning, she puts the curds into a cheese cloth, which allows the liquid to drip for six-to-eight hours.

After molding the cheese into her desired shape, Karine adds some combination of flour, herbs, salt and garlic. A bit longer process involves rolling the cheese in a thin, bluish-gray rind made of ash. This rind both protects the cheese and gives it visual appeal.

For at least 14 days, the cheese sits undisturbed before it’s ready to eat. A gallon of milk makes about 20 ounces of cheese, Belisle notes.

And how does it taste?

“It’s good on everything,” says Belisle. “Omelets, bread, pesto sauce — a friend makes mango jam, and it’s great with that.”

While her goat cheese is officially labeled “only for pet consumption,” Belisle gives samples to friends and neighbors.

Building upon her cheese-making success, Belisle has now added goat yogurt, which she sells at Paw-Radise for pets. She adds chia seeds, coconut and blueberries for flavor.

“Dogs love it,” she says. “And goat’s milk is a probiotic for dogs.”

Lalitha and Sekar Chandrasekaran — Gardening for a healthier diet

Unable to travel or play bridge with friends during the lockdown, Lalitha and Sekar Chandrasekaran wanted a way to stay busy. They play tennis and pickleball, and Sekar likes to take photos. But they had a hobby they wanted to return to: gardening. 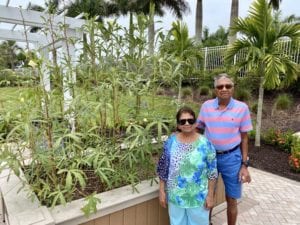 This summer, the Indian couple grew eggplant and green peppers in containers on their lanai, as well as in the community garden at Tidewater. The okra is still growing, along with some flowers.

The idea was to grow fresh vegetables to use in cooking.

“My wife does cooking with an air fryer,” says Sekar of their preferred method. “We were trying to find a healthier way of making food, and it tastes pretty good.”

When they lived in Ontario, Canada, in the 1980s, Lalitha and Sekar owned a large home where they took advantage of the one-acre yard to grow vegetables, along with roses and tulips.

They got away from gardening when they moved to Florida. Instead, they spent time traveling to Europe and throughout North America. The active couple also started the tennis and bridge clubs in their new community of Tidewater. They even treated 30 guests to a night of Indian cuisine and culture.

“They’re such nice people,” Tidewater Lifestyle Director Karan Ilowite said. “I’d like to clone them in the community.”

The garden bed Sekar and Lalitha tended is right outside Ilowite’s office door, so she daily enjoys the sight of tall okra: “It’s a beautiful little spot.”

Back on their lanai, Lalitha planted in a 20-by-40-inch container that’s three feet high. The okra loves the sun, and the peppers have done well, she reports, but the eggplant needed a hand. She swabbed the pollen from one flower and planted it on the others to get her mini eggplants going.

This return to gardening has naturally led to eating healthier. Frequent exercise combined with an improved diet has resulted in better overall health, the couple reports.

“We’re cutting out all the bad stuff,” says Sekar.

(Photos of Belisle and her goats by Autumn Gates)

Have you recently started something new? Join the conversation on the Estero Life Magazine Facebook page!