Maria Guerrero cannot remember a time when the nurturing staff and volunteers of New Horizons were not a significant part of her life. Guerrero is one of the “originals,” among the first group of kids to join the program in 2002. 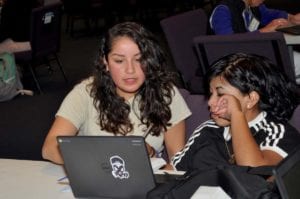 This impactful youth mentoring organization started simply as Super Kids Church, located in Manna Christian RV Park of Bonita Springs. The low-income development was predominantly populated by immigrant workers, most of whom spoke little English. Children from these families were bused to Pinewoods Elementary, where many landed in the classroom of Ellen Nichols. 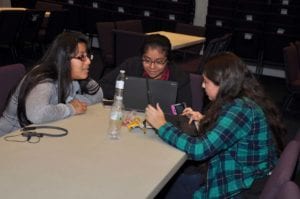 “I saw this group of Hispanic children who had such potential and were falling through the cracks in the public school system,” she recalls.

So in January 2002, Nichols and her husband, Bob, opened a small church right in the RV park. A year later, they launched an after-school tutoring program in nearby Rosemary Park. Guerrero remembers the joy of attending Super Kids Church on Sundays and the relief of getting help with homework at Super Kids Club.

“At home, there was no one that understood the English language and could sit down and help me,” recalls Guerrero, who graduated from Estero High School in 2014 and now serves as a paid tutor with New Horizons while attending college. “It’s like a second family you can come to.” 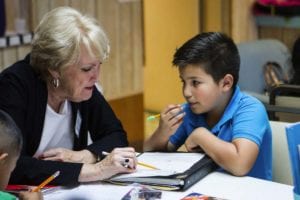 New Horizons operates a small fleet of buses to transport children from their schools to tutoring centers. Bob and Ellen were the first bus drivers. “We converted one early bus to run on used vegetable oil,” recalls Bob.

“We exist as the New Horizons you know today because of Bob’s vision to form a nonprofit and reach more and more children,” says Ellen. 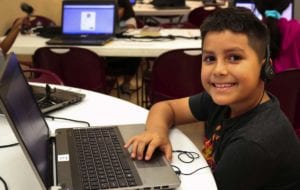 Last year, 460 volunteers helped New Horizons kids succeed at school. This includes Fred Cable, a retired chemistry teacher who volunteers at the Estero Super Teens Club two days a week helping honors students. “Mr. Fred” remembers leaving with an inextinguishable smile one afternoon when one of the girls he tutors said, “I can go home tonight feeling cozy because I understood chemistry!”

“It takes two hours out of your day in the afternoon,” says Cable. “When you’re retired, it’s really a neat ‘something to do.’”

Along with volunteers and church partners, many community partners have offered financial support or special opportunities for the New Horizons kids. College of Life Foundation runs a summer nature program, and Florida Gulf Coast University hosts workshops at the Kleist Health Education Center.

“They are having such an incredible impact,” Haley said of the community’s generosity. “It’s truly priceless when you think about the opportunity they open to those kids and the hope they give them.” 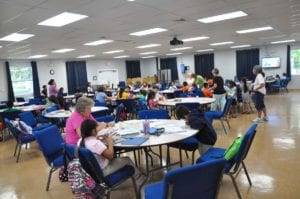 For teens involved in the summer Leadership Camp, “Capt. Bob” charters an overnight trip to Marine Lab in Key Largo, where students explore the underwater world, including snorkeling with sharks and sea turtles.

At New Horizons, character development is emphasized along with academics. In the early days of New Horizons, Bob ran a mentorship program for teen boys, teaching them to sail on his 75-foot schooner while offering nautical metaphors to show how God’s Word is like a compass for life.

“We’ve really been proud to make citizens of these kids,” says Bob, noting the measurable difference New Horizons makes in keeping at-risk children in school and out of the juvenile justice system. 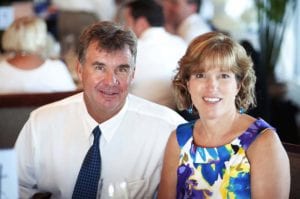 The graduation rate for New Horizons students is 88 percent, compared to just 48 percent for their at-risk peer group, noted Haley.

This year, New Horizons will celebrate 10 graduates during the annual Benefit Luncheon Feb. 18, themed “Somewhere Over the Rainbow.” Two members of the 2017 graduating class, Jorge Gonzalez and Luis Francisco, are recipients of the Take Stock In Children scholarship, which fully funds a four-year degree at any public university in Florida. It was New Horizons staff members who encouraged them to apply and helped them through the process.

“My parents never had the opportunity to go to school, and I want them to see me be successful,” writes Gonzalez, who plans to become a teacher. “In the future, I plan to give back to the community, just like New Horizons has done for me.” 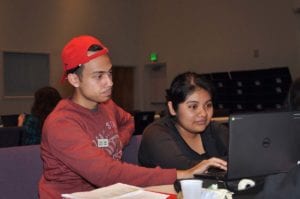 Other New Horizons graduates are attending college, have joined the military or are working in the community. Guerrero, who is also a Take Stock in Children scholarship recipient,  is studying nursing at Florida Southwestern State College. She’s now a mentor for the same program which helped her through tough homework assignments, as well as life’s challenges.

“I know the impact it’s had on my life,” Guerrero says. “These kids are going to make a difference in this community. They’re ready to succeed and show everyone they’re not going to fall into the stereotypes.”

This month, New Horizons of Southwest Florida invites the community to help support and expand programming for local, at-risk children. Currently, there are 125 children on a waiting list who are eager to join New Horizons. The nonprofit is seeking to open more after-school clubs, but donations and volunteers are needed. Here’s how to help:

Theme: Somewhere Over the Rainbow

GIVE WHERE YOU LIVE

Description: Give Where You Live is a 24-hour giving event hosted and matched by Community Foundation of Collier County and the Richard M. Schulze Family Foundation. Each donation to New Horizons made on Giving Day will help the nonprofit earn a greater percentage of the generous $500,000 match.

Bonus: Ticket purchases for the Benefit Luncheon can qualify for Give Where You Live, multiplying the impact! (Call New Horizons for details: 239.948.4146)