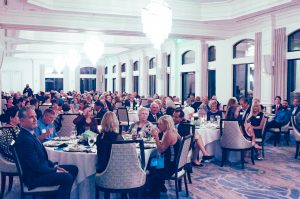 As a smiling Don Eslick ambled his way to the front of the Grande Ballroom at The Club at Grandezza, the crowd rose and gave a warm ovation for the man known as “Mr. Estero.”

Eslick was one of 25 people recently honored for their influence in shaping Estero’s identity over the years. As founding chairman of the Estero Council of Community Leaders (ECCL), Eslick, 87, helped lead the incorporation of the Village of Estero in 2014.

The “Top 25 Persons of Greatest Influence” represent significant contributors from various arenas, including government, business, religion and community advocacy. Many are volunteers. All aim to enhance the quality of life for everyone in Estero.

“The idea behind this award is not necessarily calling attention to the most important people in town or the best-known individuals, or even those who hold high positions,” said Nolen Rollins, chair of the planning committee, “but to recognize, express appreciation for, and honor many who have had great influence in making this such a wonderful Village.” 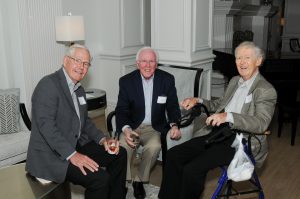 A little more than 30 years ago, Estero was an unincorporated community in Lee County with a population just over 3,000. Now it’s closer to 35,000 with a projection of 50,000 or more by the end of the decade.

The 25 people honored on Oct. 28 played a huge role in Estero’s development, and many will continue to lead this community in the years ahead.

The team solicited nominations from the community, and in September, every resident and businessperson in the Village of Estero was invited to vote for the Top 25 — 14 of which are community volunteers.

Founder of the Light Up Estero Christmas celebration and the Estero Republic Club, Amico isalso a member of the Estero Chamber of Commerce and Estero Historical Society and a board member of River of Life Assembly of God, Virtue Freedom Institute and the American Spirit Movement. 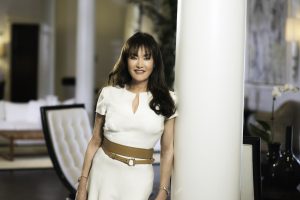 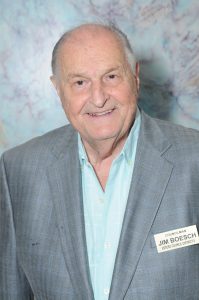 Past mayor and council member of the Village of Estero, Boesch was a leader with the ECCL prior to the Village’s incorporation, in which he played a key role. He is also co-founder and a board member of the Estero Forever Foundation. 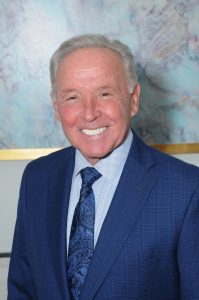 CEO of Hertz Arena and co-founder/president and general manager of the Florida Everblades, Brush has delivered entertainment options and brought huge economic impact to Estero since 1998. Estero’s hometown hockey teamhas made the playoffs every year but one, winning the league championship in 2012. More than 5 million fans have attended Everblades games. 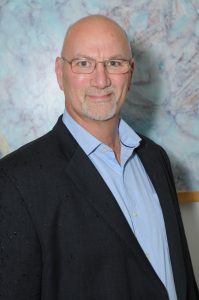 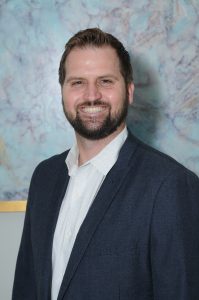 The founder of State Insurance USA, LLC, and State Insurance Cares, Chapman is chairman of the Estero Chamber of Commerce and a supporter of numerous local charities. He’s an FGCU graduate and Southwest Florida native. 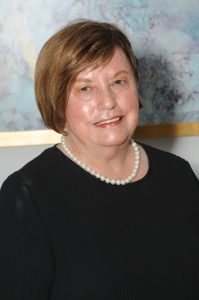 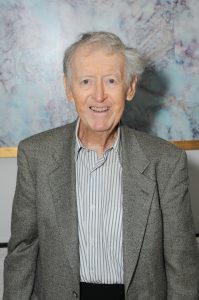 Chairman of the ECCL for 15 years, Eslick not only led the organization but was a driving force in the incorporation of the Village of Estero. The ECCL is a nonprofit, nonpartisan, civic advocacy organization which represents the interests of Estero’s residential communities and continues to support Village initiatives. 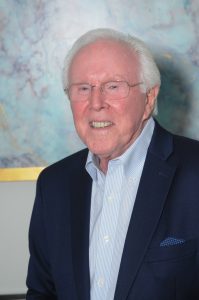 President of the ECCL since 2019, Gilmartin now leads the organization, chairs the Education Outreach Council and serves as the ECCL’s communications officer. He is also active in his community of Lighthouse Bay as its community association president for nine years and The Brooks Master Association vice president for six years. 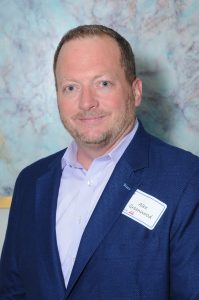 Vice president of Lee Health Coconut Point, Greenwood also is administrator of the Bonita Community Health Center and serves as Lee Health’s executive representative on the ECCL Health Council. He is also the strategic planning chair for the Estero Chamber of Commerce Board. 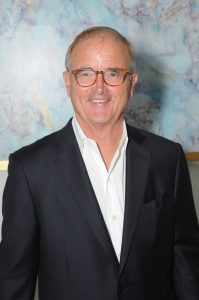 CEO of Hoffmann Family of Companies, Hoffman bought Hertz Arena and the Florida Everblades in 2019. His company invested about $12 million in arena renovations, which included enhanced food services and a state-of-the-art scoreboard. 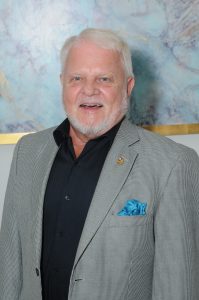 Publisher and owner of Estero Life Magazine, Israel is involved in many community organizations. He is a charter member of the Rotary Club of Estero and a past district governor for Rotary International. He is a board member of Interfaith Charities and sings the National Anthem at many local events. 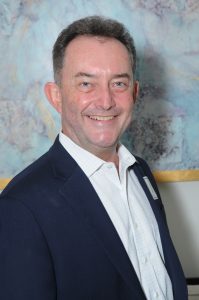 Chief financial officer ofEnviroStruct,Maas is a big supporter of Estero High School. He also serves asa commissioner onthe Estero Fire Rescue Board, is past president of the Estero Chamber of Commerce and formerly served on the Estero Community Planning Panel. 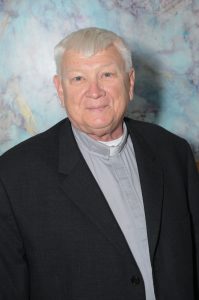 Pastor of Our Lady of Light Catholic Community, McGuigan leads Estero’s largest congregation. Our Lady of Light’s community outreach includesSt. Vincent de Paul Society and Our Lady of Light Thrift Shop, which supports Café of Life and Lee County schools.McGuigan is an ordained a priest with the Oblates of St. Francis de Sales. 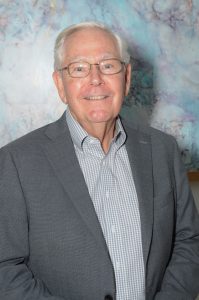 Vice-mayor of the Village of Estero Council, McLain is most proud of being a liaison for the Village’s biggest capital project to date – Estero Parkway’s resurfacing andnew pedestrian paths, bike lanes, landscaping and street lights. As a Village Council member, McLainleads planning for the annual Estero Veterans Day event and is involved with community development and stormwater management. 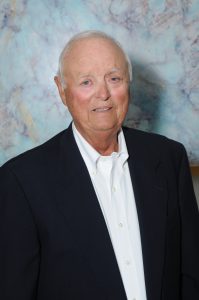 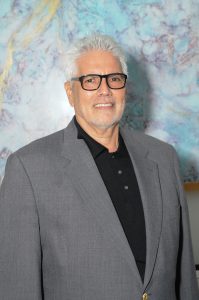 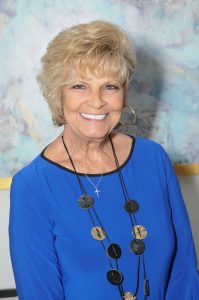 Married to Joe Pavich, Sr., for almost 50 years, Joni Pavich has also been a longtime community volunteer and a realtor with J. Pavich Real Estate; their two sons are also realtors. She serves as a board member with the Estero Forever Foundation and the Estero Chamber of Commerce. 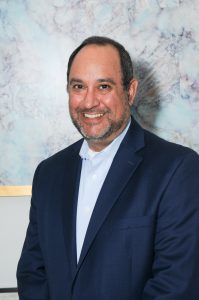 Florida state senator representing District 27 since 2020,Rodriguespreviously served four terms in the Florida House of Representatives, representing southern and coastal Lee County since 2012.In the senate, he serves as chair of the Reapportionment Committee and vice-chair of the Appropriations Subcommittee on Agriculture, Environment and General Government. 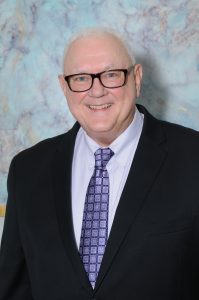 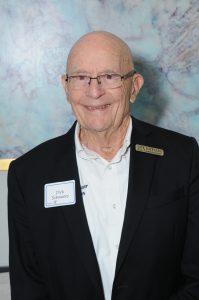 An Estero Fire Rescue commissioner emeritus, Schweers served for 22 years and was the longtime chairman of the fire board, overseeing construction of new stations and a massive expansion of services. Schweers was a longtime member of the ECCL and is past president of the Notre Dame Club of Southwest Florida. He coordinates mass every Sunday at Our Lady of Light Catholic Community. 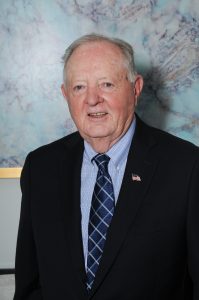 Chair of the ECCL Education Council, Shields is most proud of establishing the Junior Achievement “2-5-8-GRADUATE” program, a volunteer-led financial literacy program in Estero’s elementary, middle and high schools.Shields is also heavily involved in his community of Grandezza with the charitable foundation. 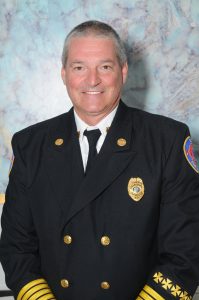 Estero’s fire chief for the last 13 years, Vanderbrook has been with Estero Fire Rescue for 22 years and serves as a task force leader for Urban Search and Rescue. For the first two years after the Village’s incorporation, Estero Fire Rescue provided office and meeting space for Estero’s new government. 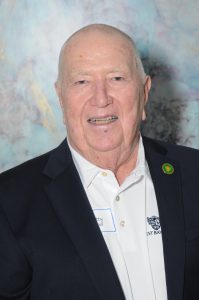 A longtime community volunteer, Wood advocated for a hospital in Estero for nine years before seeing the realization of Lee Health-Coconut Point. Wood serves as co-chair of the the Village of Estero Planning, Zoning and Design Board and is an advocate for responsible growth. 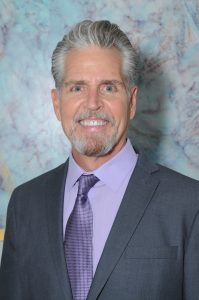