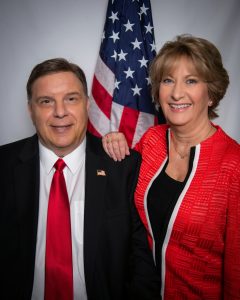 When Jim Ward worked on collaborative projects in The Brooks — one of Estero’s largest master planned communities — he and fellow residents constantly brainstormed ways to bring their four gated communities (Shadow Wood, Copperleaf, Lighthouse Bay and Spring Run) together as one.

He admits it’s been hard to accomplish. Ward sees similar challenges for the Village of Estero as it continues to rapidly develop. By the end of this decade, projections call for Estero’s population to grow from approximately 32,000 to 50,000.

“Quite a few people were teasing me that Joanne and I had our own succession plan — that’s what we do in corporate America,” Bill Ribble joked. “But we both worked together on the United Way and Urban League, she was very involved in the Pelican Landing Board of Directors, we’ve made trips to Washington, and she knows each of the Lee County commissioners, so she has the flavor of how to do this.”

Since Ward, Joanne Ribble and Fiesel ran unopposed, they’ve been able to get a jump start on weekly meetings with Village Manager Steve Sarkozy. 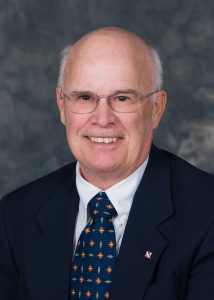 “You only have one chance to do it right the first time,” Ward said. “If you don’t do it right, then you have to double down, and that doubles up the cost. It’s critical we spend the time to ensure what the village wants to be in the next five years, 10 years, 15 years. We don’t want to build to build. Infrastructure is crucial.”

Ward has a master’s in finance and has lived in Estero since 2003. Married to wife Carol with three children and five grandchildren, Ward previously worked in New York City for Sterling Drug, whose household products include Bayer Aspirin and Lysol. He was controller for the company’s international division as well as controller for Lysol domestic.

There are approximately 35 gated communities in Estero, and Ward lives in one of the largest. He was on the Spring Run Board of Directors for 12 years and was involved in a number of projects, a major one being the community’s $3.2 million fitness facility renovation, which increased capacity by 50 percent.

“The purpose was to bring the four Brooks communities together, but we had some difficulty getting people to break from their established roots,” Ward said. “Many people in gated communities associate themselves with that gated community.”

Noting the difficulties within The Brooks, Ward knows the challenge is even greater for the entire Estero community.

“We want to get people out of their gated communities and participating in life in Estero.” 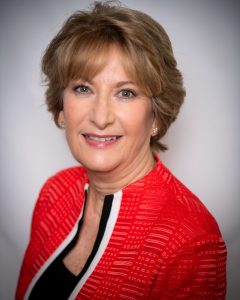 Joanne Ribble agrees, adding that one of the keys is having walkable “complete streets” and universal sidewalks.

“We want them to get out on their bicycles — and this population wants to do that,” she said.

Ribble brings experience in education, having taught in four states: New York, Georgia, Kansas and Pennsylvania. She and Bill have lived in Estero 14 years and have two daughters and three grandchildren.

Her husband didn’t talk her into running for Village Council: “I’m my own independent woman,” she said.

She eagerly joined him in attending council meetings, community events, ribbon cuttings, service projects and other meetings of regional interest such as the Florida League of Cities.

In Estero, she understands that preservation and water quality are among the top priorities for many residents.

While village leadership is considering a variety of proposals for its recently acquired acreage along the Estero River, Ribble leans toward using the majority of the land for green space, which would include walking and biking trails, as well as docks for canoes and greater accessibility for boaters.

“Residents don’t want to see the trees come down,” she said. “They want to see a boardwalk, but not like in San Antonio that is so commercial. I’m also not a fan of putting a parking garage on river land. And the history we have needs to be preserved. We have to build on it.” 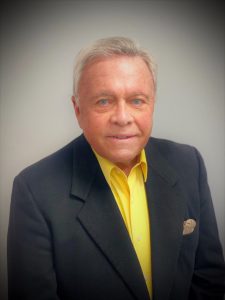 As a 20-year resident of Estero, Fiesel agrees with Ribble’s vision. He and his wife, Mary, have three daughters and eight grandchildren and enjoy living in the riverside community of Pelican Sound.“Outdoor life has come on strong the last few years — hiking, biking, canoe trails, eating outdoors. People want to be outside, on the river,” he said. “I’d like to see it opened up where there’s more boat traffic. It’s a shallow profile. I understand some dredging will be taking place by the mouth of the river to the bay. With low tide, you can’t go out or get back in.”

At the same time, Fiesel understands the river needs to be cleaned up and water quality made a top priority.

An Indiana native, Fiesel has an architectural engineering degree from Purdue University and was involved in high-profile projects including the Hoosier Dome, Indianapolis Convention Center and Lucas Oil Stadium – home of the Indianapolis Colts – as well as numerous hospitals and educational facilities.

In Estero, he has served as president of his neighborhood association and chair of Pelican Sound’s Architectural Review Committee.

“I’m not a patient person,” Fiesel admitted. “When I owned businesses for 35 years, I was in control of everything. As I am getting acquainted (in the role of council member), there’s so many things I’d like to get done but so many things we are not in complete control of. I’m used to taking the bull by the horns. I have to learn to reign myself in.”