The Village has spent its first three years laying a solid foundation for future growth. Many of the tasks untaken have been state mandated as part of forming a new municipality. Now it’s time to move from the “must haves” to the “nice-to-haves.”
“We’ve taken care of the obligations, and now we get into the quality of life issues — the fun stuff,” said Estero Village Manager Steven Sarkozy.
The Village is commissioning development of a Parks, Recreation and Open Space Master Plan. During the Comprehensive Plan process, the topic of parks and recreation roused a tremendous amount of public comments, generating many ideas to explore. 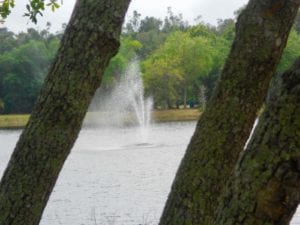 The Master Plan will evaluate options for increasing access to, and improving enjoyment of, the Estero River, preserving natural green spaces within Estero’s boundaries and collaborating with other entities (schools, county and state parks) to create an outstanding quality of life for all Estero residents.
The Parks, Recreation and Open Space Master Plan will be developed as a simultaneous study commences on bicycle and pedestrian transportation, funded by the Lee County Metropolitan Planning Organization (MPO). Both studies are expected to be completed within a year and will offer multiple opportunities for public input.
The Village has earmarked $250,000 in its budget for the Parks, Recreation and Open Space Master Plan. The scope will include creating an inventory of existing parks and recreational facilities, identifying current and future recreational needs, evaluating potential land acquisitions and identifying funding sources and strategies. The study will also look at ways to get the most out of the park land already within Estero’s boundaries, including Estero Recreation Center and Community Park and Koreshan State Park.
Estero Mayor Jim Boesch and Manager Sarkozy recently met with Florida Department of Environmental Protection and State Parks officials to discuss potential collaboration. The first project under discussion is a ferry which would launch from Koreshan and travel to the beach at Lover’s Key State Park.
“Everyone is in favor of making Koreshan a premier park,” said Mayor Boesch. “The ferry would really create a regional park system.” 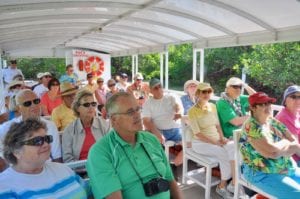 John Yarbrough, an Estero resident who served more than 20 years as director of Lee County Parks, is lending his expertise to the Master Plan process. His namesake linear park in Fort Myers is a six-mile trail that serves as a connector for other greenways. Yarbrough envisions similar paths as part of Estero’s future recreational offerings, connecting the river and Estero Bay with county and state parks, as well as any new parkland the Village may develop.

“Long-range planning is important,” said Yarbrough, who is also a member Estero’s Planning and Zoning Board. “Some of these things may not happen for 10 or 20 years, but it will be well planned and properly purchased. The Village only gets one time to start from scratch and do a master plan on open space. I think it’s exciting.”
Other initiatives to be explored in the master plan include collaborating with the School District of Lee County to develop shared recreational facilities. The goal is to maximize taxpayer benefit by enhancing the amenities of all parks and recreational facilities within Estero.
“We are thinking long range,” said Mayor Boesch. “This is the beginning of the possibilities.”