Always my muse amuses. Some call it an inner voice. Mine is named Lorelei. She flits around annoyingly but enchants in doing so. Lorelei, named for a Norse spirit similar to a siren, is unlike that spirit. Mine does not send sailors to their death with her come-hither song. Mine can’t carry a tune. She just helps me think and occasionally whispers mischievous stuff in my head. Yeah yeah, that’s it, that’s why I do these quirky, crazy things. It’s Lorelei for sure. But at times, she actually helps me solve problems. 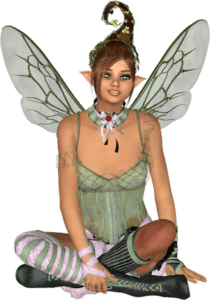 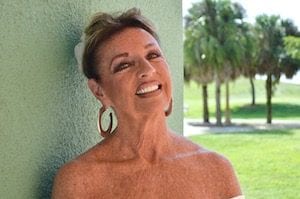 When my kiddos were young, they loved blaming each other — or an invisible sprite — for their misdeeds. So Lorelei was born to conform. “Who spilled the milk on the carpet?” I’d ask, knowing full well their answer: “Lorelei.” That answer never got old, just worn out.

However, just one sprite apparently wasn’t enough to cover all the mysterious misadventures. My son felt he needed his own blaming foil, and so Harry was hatched. Unfortunately, there is no legend behind the name Harry. It just happened. Harry and Lorelei lived in the dryer. Why the dryer? Well, there was no other explanation for missing socks! Their imaginations were ingenious if not cagey.

Lorelei and Harry became an integral part of our lives. Mostly for fun and giggles, but I began to ponder the possibility of muses being that part of our intelligence tucked away to help us untangle brain knots. We’ve all heard that artists and writers have muses to inspire them in the creative process. And why not? When searching for that elusive word or musical chord, muses work their magic to untie those knots.

Harry has gone into hiding…hasn’t shown himself in years. Not so with Lorelei. On occasion, I find myself co-braining with Lorelei (talking to myself gets a bit boring). When puzzling out a ponder, I hear a voice with an answer. Now I’m not saying those answers are all good, or even appropriate, ahem, but they’re responses nonetheless. When I confer with Lorelei, I don’t want to look like a crazed woman talking to herself, so I pretend to be on my cell phone. Works for me!

Recently my “smart” electronic gizmos must have decided to go on vacation — couldn’t find them anywhere — TV remote gone from its usual home, along with my iPad and iPhone. I am diligent about keeping all these fishnoogies (I warned you that I make up words) in their assigned places, so this was more than unnerving. “Prozac please, table 4.” Now I can leave you hanging here with the assumption Lorelei became corporeal…but I won’t. However, in a deep crevice of my “out-of-my-mind” brain, just for a nanosecond, I believed it. The less enchanting truth is that my new cleaning gal got discombobulated (love that word) trying to guess where to put items back. So maybe Lorelei was innocent of the crime….this time. 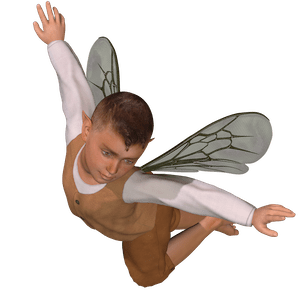 Who’s to say how those thoughts and ideas get into our brains? I like the idea of having a muse. And so the legend lives on…

Lorelei is still with me. But Harry? Well, he’s still missing. Check your dryer!

About the columnist: LJ Bury is a resident of Copperleaf at The Brooks with a diverse background including stints as creator/editor of a fine arts magazine, a political blogger and a talent coordinator. LJ’s Corner tells the stories of everyday life, with all its joys, frustrations and ponders.

“Why does the eye see a thing more clearly in dreams than the imagination when awake?”