Asking Wayne Hoffman what’s on his mind might elicit an offer to read yours. 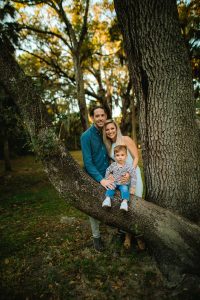 An expert illusionist, Hoffman has performed for celebrity events and international audiences. On one occasion, he was elevated to supernatural status by a covetous voodoo priest. But the Estero resident’s “powers” are actually the product of years of study and practice in psychology and mind control, combined with high-energy stage presence.

Hoffman has appeared on every major television network in the United States, amazed Howie Mandel on “America’s Got Talent” Season 10, received the “Fooled Us” award from famed magicians Penn & Teller, and toured the country with his show “Mind Candy.” Earlier this year, he was a contestant on TBS’s “Go-Big Show.”

During his early Hollywood days, one of Hoffman’s more memorable audiences was at the Playboy Mansion, where skinny-dipping and scantily clad guests were a distraction.

On a tour in West Africa, he found the line between supernatural and mentalist was thin.

“After my performance, I visited a voodoo market to witness the roots of my craft,” Hoffman said. “Villagers watched me perform an act turning pebbles into coins. One of the priests said, ‘Can you give me that power?’”

During his showbiz career, Hoffman has performed in more than 64 countries.

“My driver’s license says I live in Estero, but I consider myself a global citizen, living on planes and in hotel rooms,” said Hoffman.

With so much travel, being home in Estero was rare for Hoffman — until the pandemic hit. The abrupt cancellation of his world tour in March 2020 came as a lifestyle shock. Hoffman and his manager soon realized the enormity of the unexpected and headed for a new niche: interactive virtual performances.

In his first big “Distance Deceptions” show — broadcast from his new home studio — Hoffman wowed an audience of 75,000 on a star-studded livestream variety show hosted by country music legend Willie Nelson in April 2020.

Recently, he presented “Distance Deceptions” for audiences in London, India, California and New York — all in one day.

“And I slept on my own pillow in Estero at night,” he added.

Hoffman says he’s now performing more than he did before the pandemic, all from the convenience of home. Whether live or via video conferencing, his tactics work the same. He builds rapport through positive interactions, entertaining and distracting as he subconsciously directs his subject’s mind where he wants it to go.

Think of a place you’d like to travel and the number of a hotel room you might stay in there. If it were Hoffman asking, he’d then leave your mouth agape as he pulls out a scrap of paper from his wallet with that very place and room number already written on it.

How does he do it?

Like all good magicians, Hoffman won’t give away his secrets. It’s a craft that’s been perfected since his preteen years. 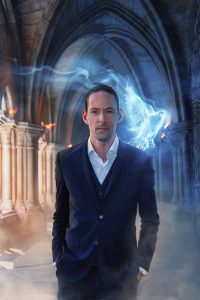 He and friends formed the Mind Candy Club, and he put on magic shows for a little income. One of his first jobs was as an illusionist for a local restaurant, mesmerizing patrons while they waited for tables.

“I continued building my knowledge of psychology at a university,

looking for a way to make it entertaining, fun, cool and even weird,” Hoffman said.

“My turning point – or my sign – came from my aunt who took tolls at the Pennsylvania Turnpike,” he said. Hoffman had a job offer in sales at a major bank when she handed him a toll ticket with a coupon on the back for $10-off business cards.

“If you want to be a magician and read minds, you need business cards,” she told him. He bought business cards and sometimes wonders what would have happened if he had taken that sales position instead.

His career got a boost in 2015 when he appeared as a contestant on “America’s Got Talent” with an “explosive” performance that involved lighting a firecracker in his mouth. It didn’t go off, but another did—placed safely in a clear box on stage. Hoffman had chosen the right one.

“I practiced that in my Estero backyard, and there’s always that little voice in the back of the head hoping for no mistakes.”

Today, he’s the event star for major corporate events worldwide including IBM, TikToc, Morgan Stanley and Louis Vuitton. Often he does more than performing magic, serving as a motivational speaker on the power and potential of the human mind.

The Magic of Estero

“Now that I spend more time in Estero, I look forward to becoming more engaged in the community,” said Hoffman. “I am a member of the Florida Speakers Association, and I look forward to presentations for local business and organization venues in Southwest Florida.”

According to Hoffman, there’s a saying, “You move to Hollywood to make it. After you make it, you move to Southwest Florida.”

Hoffman has set his roots in Estero with fiancé Kaitlyn Schoeffel, who has a stage presence of her own as Miss New Jersey 2017 and a Miss America finalist in 2018. A dancer and model, Schoeffel occasionally performs with Hoffman.

The couple has a two-year-old-son, and Hoffman says he’s enjoying more time in his local haven of Estero, where he likes to go paddle boarding on the Estero River.

Hoffman’s manager, Hector Arocho, also lives in Estero, and a film collaborator with major Hollywood credits will be moving here, too, possibly helping Hoffman produce a television show—all from Estero.

Happy about building his team in the local area, Hoffman now employs an intern from Florida Gulf Coast University, where he has performed for events.

“My advice,” said Hoffman, “is to follow your passion, whether you monetize it or not. Schedule time to do something you enjoy, and you’ll truly be able to experience the real magic of life.”