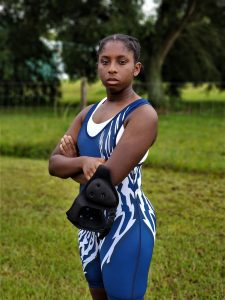 Becca Reisen may be quiet.

But she isn’t shy.

Estero High football coach Darren Nelson found that out this past January.

After a weight-lifting session, Becca walked up to the coach, looked him in the eye and asked, “Can girls play football?”

Nelson: “Do you want to play some football?”

Nelson: “The boys won’t go easy on you.”

In early spring and fall practices, Becca not only made her first tackle as a cornerback, but she scored a touchdown as a running back.

“My favorite trait is her courage,” Nelson said. “It takes courage to play football, and to be the only female takes a lot of courage. She’s not afraid to get out in drills. She doesn’t hide in the back. She’s not a wallflower. She has what we call contact courage.” 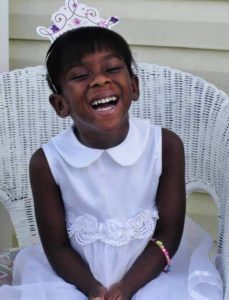 Princess Becca as a child

Life hasn’t been easy for Becca.

She was in a foster home before her first birthday. At 3 1/2, she and sister Cheyenne were adopted by Becky and Dale Reisen. They have four sons – Thad, Robin, Kyle and Dakota.

When she was little, Becca liked to wear tutus. She wore a princess dress to Disneyland.

But when she saw Kyle and Dakota lifting weights, wrestling and playing football, her curiosity turned into something more.

Emulating WWE performers Naomi and Randy Orton, Becca often would jump off furniture or over her toys. “One time, oh my gosh,” she said, “I jumped on a ceiling fan and pulled it down.”

After Becca lost weight while weightlifting during COVID lockdowns her freshman year, coach Jenn Brownlee encouraged her to join the weight-lifting team. Weightlifting led to wrestling her sophomore year and football this season.

When she heard the Florida High School Athletic Association would have separate girls and boys wrestling teams in 2021, she told her mom, “We’re doing this.”

Becky Reisen, a former Tampa Bay Buccaneers cheerleader and big wrestling fan, fully supported her daughter. And Kyle – who coached the sport at Estero for eight years –gave her some tips.

While Becca had plenty of matches in the regular season, they all were against boys. As she entered districts, she didn’t have a victory – or a lot of confidence.

Becca made it to regionals by pinning her opponent in districts. At regionals, she went 2-2 to earn fifth. The top four made it to state.

“Next year, the goal is going to state,” she said. 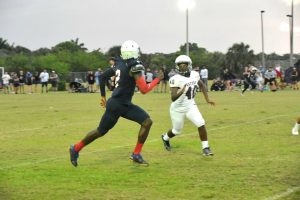 Becca on the field

Just before regionals, Becca had her conversation with Nelson about football. Assistant Curtis Hadley told her she should consider trying out.

“I was so nervous before I spoke with Coach Nelson,” Becca said. “I never talked to him before.”

Not only had Becca never played football, but she had never watched a game until last year. “When I watched a Bucs game, I took notes,” she said.

She proved herself to teammates by jumping into drills regularly.

“The first time I did a contact drill, I had to bring somebody to the ground,” she said. “I looked at how everyone did it. The guy put me on my back, but I thought, ‘That was pretty fun, let’s do it again.’”

Becca says her coaches have been encouraging, and she feels they want her to succeed. Competing in sports has been a good outlet, she added.

“She’s not as rowdy at home,” Becky Reisen said. “She’s mellowed out. She’s now one of the most positive people I know. She takes lemons and makes lemonade out of them.”

Comfortable in her own skin – as well as shorts and a T-shirt – Becca said she wouldn’t mind going to the junior prom if she had a nice dress to wear. “But as soon as I got home, I’d want to take it off,” she said.

As the youngest in her family, Becca admits she has wanted to be noticed. Competing in these traditionally male, ultra-physical sports has achieved that.

“I just want to keep getting better each time I go out,” she said. “I feel I have earned respect. It’s not to be one of the guys; but I also don’t want to hear, ‘She’s a girl – that’s why she can’t do this.’ 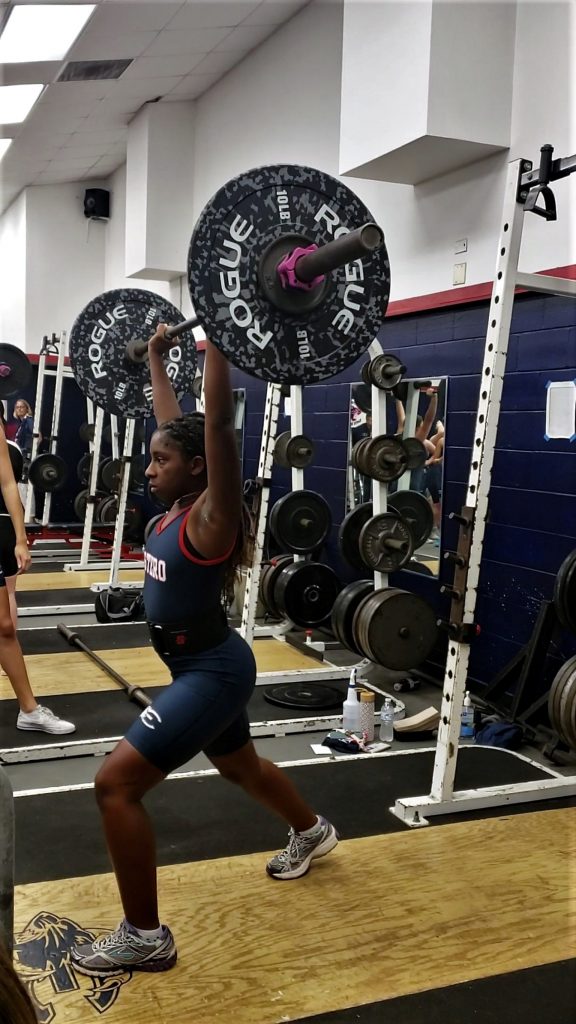