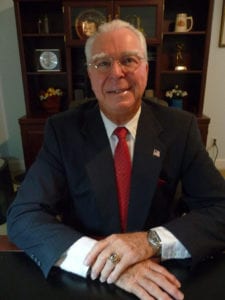 Bob King may not be a name everyone in Estero is familiar with, but he worked tirelessly behind the scenes to improve the quality of life in Estero. King, who died on Aug. 14, 2019, lived in Bella Terra with his wife, Janet, and spearheaded that community’s Master HOA turnover process in 2012, serving as the first president of the resident-controlled Bella Terra HOA board.

His community service went “beyond the gates” as Bob became highly involved with the Estero Council of Community Leaders (ECCL). He served as the ECCL’s Transportation Director for several years, researching traffic issues and advocating for needed transportation improvements in Estero. In 2014, Bob helped push for the incorporation of the Village of Estero as he saw a need for local governance.

Bob also was a founding member of the East Corkscrew Alliance, a group addressing growth and mining issues affecting the neighborhoods and people living along East Corkscrew Road.

Just prior to his passing, Bob had been helping the ECCL with a major restructuring plan, and he had agreed to step up as president of the organization. He aimed to facilitate cooperation between residents, HOAs, businesses, nonprofits and government agencies for the betterment of Estero.

Bob will certainly be missed by many in Estero. His behind-the-scenes efforts during the last decade sparked and supported numerous improvements for our community. The impacts of his contributions continue as a legacy to this civic-minded community servant.

For information on how to honor Bob King’s civic contributions, see the ECCL’s Tribute to Bob King.