On Dec. 4, 2021, the Florida Everblades honored General Manager Craig Brush during a dedication ceremony for the new hockey player statue outside of Hertz Arena before the game against the Trois-Rivieres Lions. The night also featured the DASH Skunk Ape jersey auction and the Everblades’ annual Teddy Bear Toss, where patrons are asked to bring a stuffed animal to throw onto the ice after the Blades make their first goal.

Fans donated a total of 9,206 stuffed animals, which will be distributed through local charities in Southwest Florida. The Skunk Ape jersey auction raised $16,732 for Bear Necessities Pediatric Cancer Foundation. The next special jersey auction will take place for First Responders Night on January 22 vs. the Atlanta Gladiators.

Along with managing the Everblades, Brush is CEO of Hertz Arena, which he co-founded in 1998. Brush oversees all aspects of both the hockey club and the sports complex. 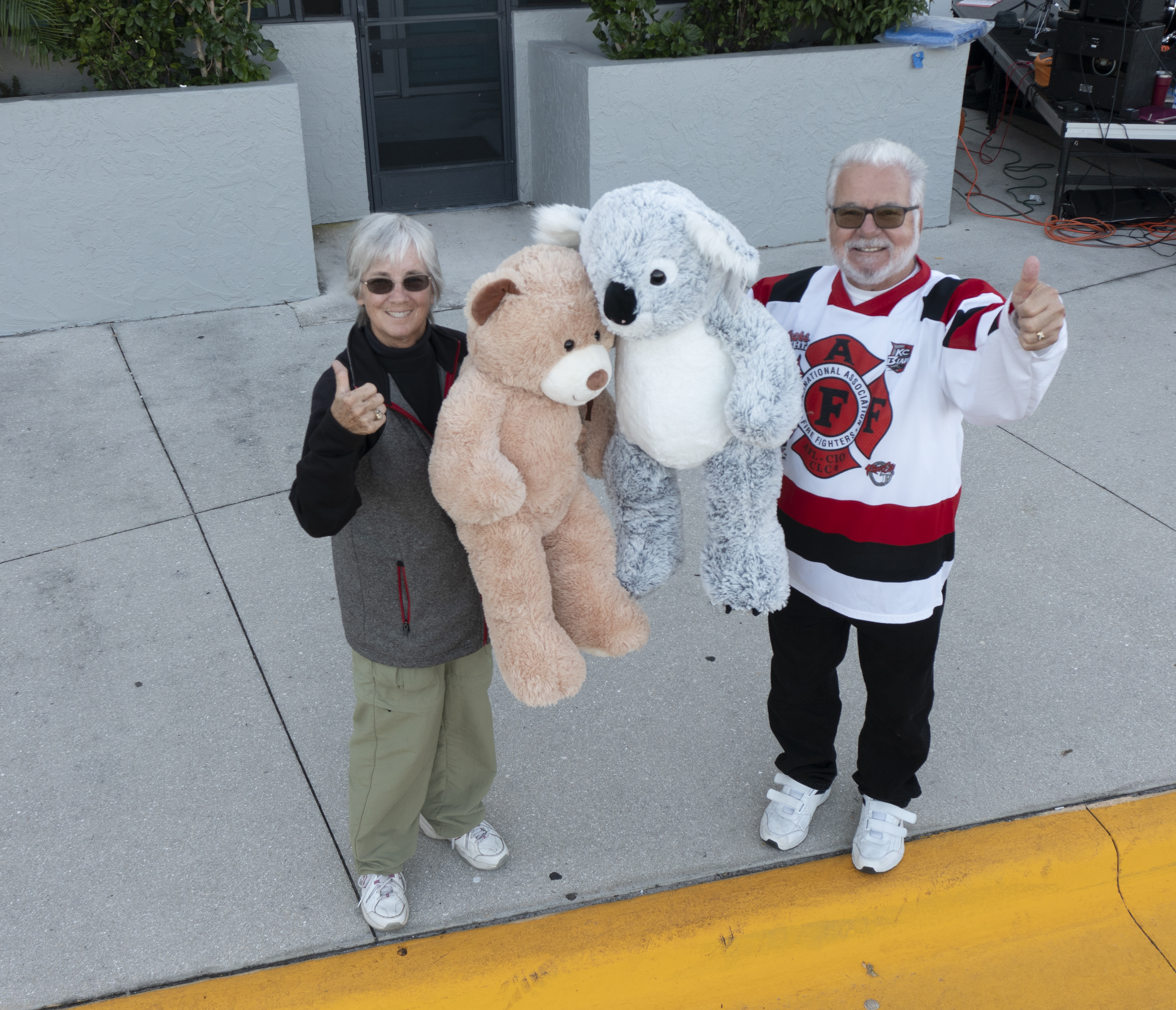 Image 1 of 13
Posted in Scene on Site