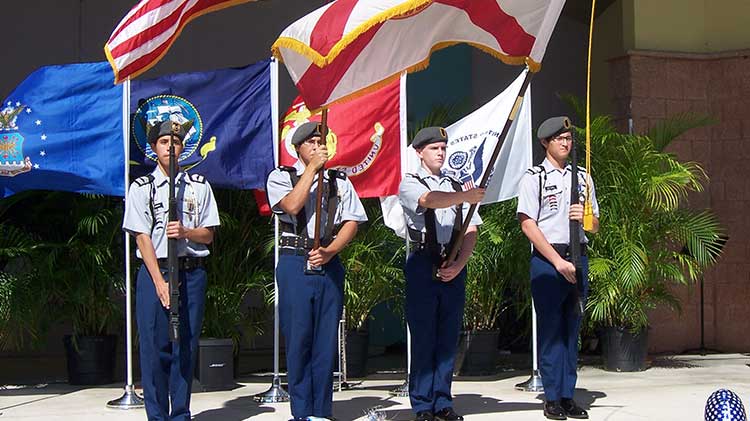 The Village of Estero encourages all citizens to attend this year’s Veterans Day event held at the Estero Recreation Center in the community park on Nov. 13 from 11:30 a.m. to 1:30 p.m.  This is an opportunity for each of us to say “thank you” to those who served our country to preserve and protect the freedoms we all enjoy.

This year’s event has something to offer all age groups. Activities include children’s games and face painting, a bounce house and slide, an auto show of great American cars, a Lee County Sheriff’s S.W.A.T. Team vehicle, an Estero Fire Rescue firetruck and an ambulance.

The scheduled guest speaker is District 3 Lee Country Commissioner Ray Sandelli, who is a Navy veteran and former Blue Angel. Estero Mayor Katy Errington will also address those in attendance.

Additionally, the New Horizons Children’s Choir will sing on stage with Estero’s own nationally recognized concert artist, Lindsey Graham. Graham will sing a variety of patriotic and pop songs along with the National Anthem and Armed Forces Medley.  The program also will include a special performance by Nolen Rollins and Noah Lopez of “The Ragged Old Flag.”

The Estero High School ROTC unit will present the colors and participate in the National Anthem. The Lee County Sheriff’s Department Drum and Bugle Corps will conduct a 21-gun salute following a moving tribute to all the branches of the Armed Forces, including the new Space Force.

Bring the whole family and your friends and neighbors — and a blanket or chair to relax on during the performance. The Village will provide water, and there will be three food trucks offering a variety of food choices.