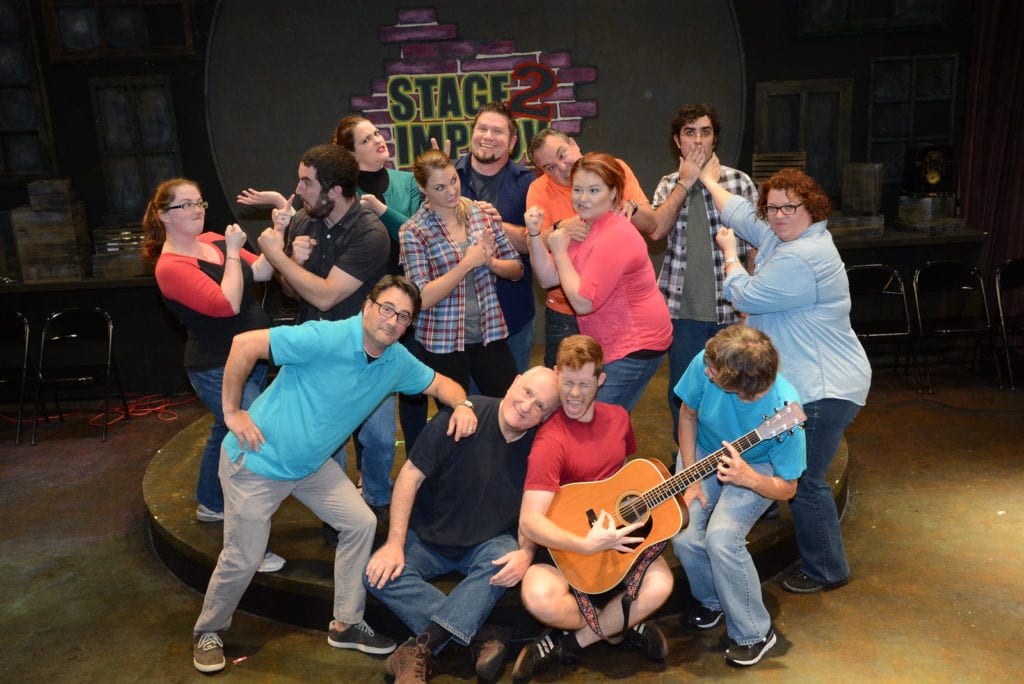 The Naples Players (TNP) present the next installment of their popular monthly Comedy Night on Saturday, December 29, 2018  at 8:00 p.m.- offering Southwest Florida’s best family friendly comedy, which includes an evening of laughs, games, songs and scenes that include suggestions provided by the audience. Each month features a different theme and includes special guest comedians and improv groups. Audience members are invited to be as involved in the show as they like.

TNP’s Comedy Nights are hosted by Michael Santos, TNP’s Technical Director and Co-Founder of Stage 2 Improv, a Naples-based improvisational theatre group that performs scenes, games and songs that are created spontaneously. Made up of local actors, many of them perform in TNP productions, the troupe from Stage 2 Improv utilize information given by the audience to build the show. Every scene and game are driven by suggestions from the audience.

“Comedy Night @ TNP is a family-friendly improv show, which has also featured special guest appearances by Spotlight Entertainment, live music by ‘Girl Krush’, and songs from local entertainers Rachel Rodriguez and Debi Guthery” shares Stage 2 Improv co-founder, Michael Santos.  “We are lucky enough to have such talented artists in this community and utilize them in our shows! Come see what we have in store next!”

Tickets for TNP’s Comedy Nights are $20 for adults, $10 for students and educators and are available online at naplesplayers.org or by contacting The Naples Players Box Office at (239)263-7990. Tickets can also be purchased at the Box Office, which is open two hours before showtime.

The Naples Players (TNP) Sugden Community Theatre is Naples’ oldest and premier theatre group and a vital part of the exciting experience of Downtown Naples. Celebrating its 65th season, and as one of the top theatres in the country, they offer a variety of plays and musicals in three intimate spaces, Blackburn Hall, the Tobye Studio Theatre and outside Baker Stage – all located in one building on Fifth Avenue South. The KidzAct program, Southwest Florida’s premier youth theatre program offers a performing arts education wing, offers top quality productions as well as in-depth skills classes for children. Adult education classes are offered throughout the year for skilled professionals to first-time performers. ETC Readers Theatre offers an opportunity to hear new works as well as rare one acts and classics.