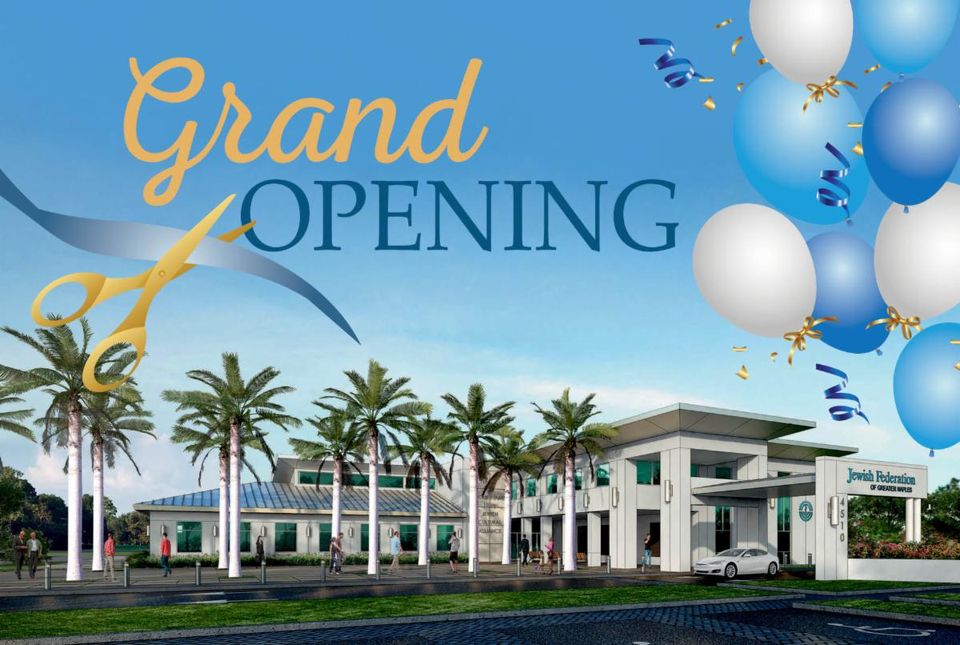 The Jewish Federation of Greater Naples will celebrate the grand opening of the Nina Iser Jewish Cultural Center with a public ribbon cutting and tours Jan. 15 from 1 to 4 p.m. 4720 Pine Ridge Road, Naples. The 21,000-square-foot, two-story center is designed to be a gathering place for the greater Naples Jewish community estimated at more than 10,000 individuals.

The community came together to finance construction of the building, raising more than $13 million so far of the $11 million for construction and a $4.5 maintenance endowment. Steve Iser and his wife, Nina, were already donors to the building when she passed away unexpectedly, and he gave a lead donation to have the building named after her.

Before the center was built, the Federation occupied rented office space, and other facilities had to be rented for the Federation’s numerous activities.

The dream grew out of the Federation board’s strategic plan in 2016. Planning to build a center started in early 2018. Finding the location took 12 months, with more than 40 sites considered. Rezoning and permitting for the property took about two years. Construction began after a groundbreaking in November 2021.