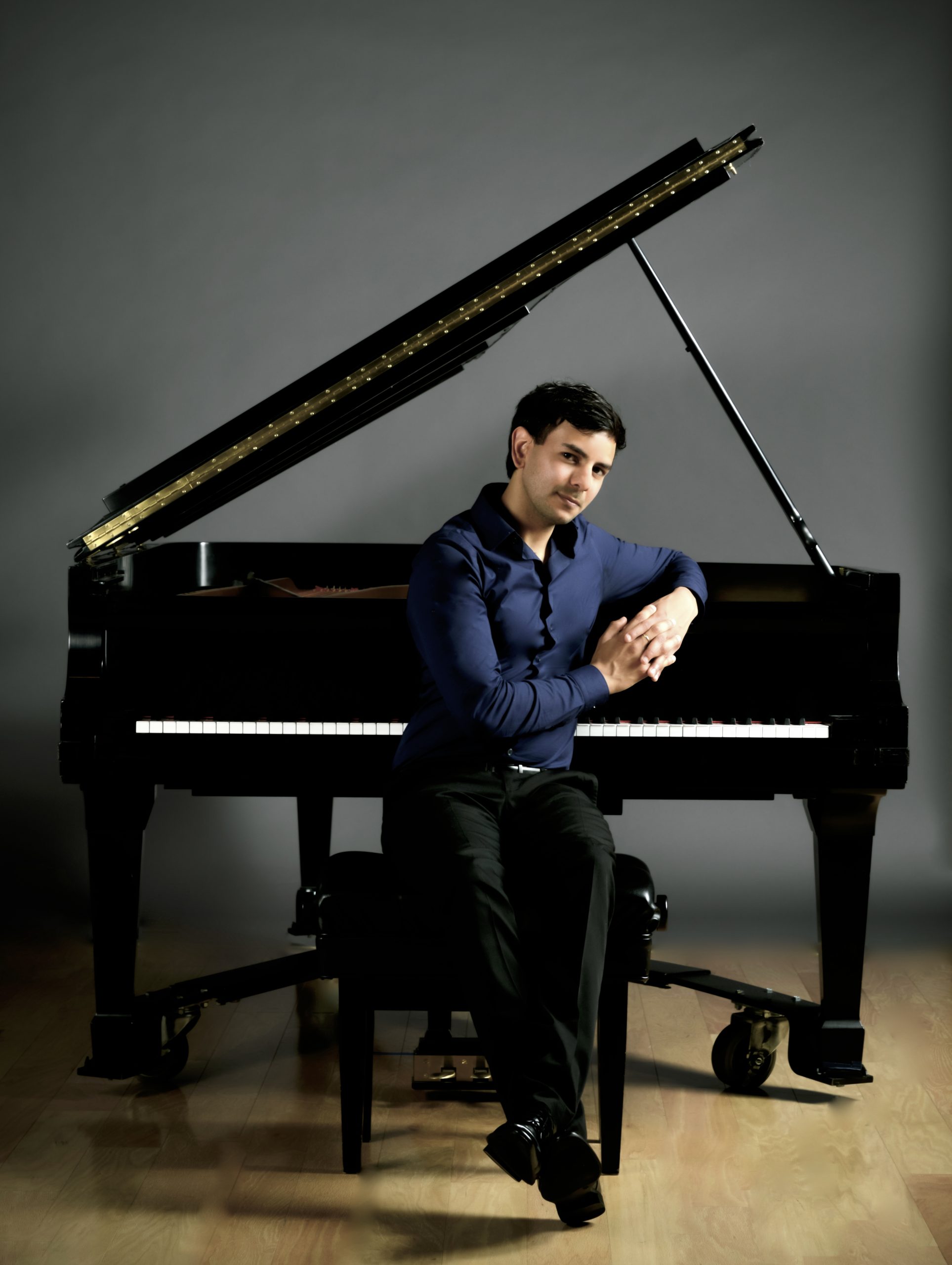 Grand Piano Series (www.grandpianoseries.org), a local organization dedicated to inspiring people of all ages to discover the richness and beauty of classical music, announces that award-winning pianist Vijay Venkatesh will be performing at St. Leo the Great Catholic Church, located at 28290 Beaumont Road in Bonita Springs on Wednesday, October 20th at 7:30pm. Showcasing Beethoven’s sonatas, including the “Moonlight” Sonata, this very special performance marks the debut of the 2021/2022 concert season for Grand Piano Series, their Sixth Season. Tickets may be purchased at www.grandpianoseries.org/buy-
tickets; for information, call 646-734-8179.

Vijay Venkatesh’s life in the arts seemed destined from the start. His parents weren’t musicians. But young Vijay grew up in California bathed in the lush sounds of rare recordings by short-lived but brilliant Romanian pianist Dinu Lipatti, whom his mother adored.

Venkatesh said, “I became so intrigued by the sound of the piano that I had to learn it.”

He began playing at four and gave his first concert performance at six, at a Suzuki convention in Sacramento.

Venkatesh quickly established a major international reputation as top prizewinner in the San Jose, Seattle, Zimmerli, World Piano and Waring International Piano Competitions. He has been honored as a Davidson Fellow Laureate at the Library of Congress and as Grand Prize Winner of the Los Angeles Music Center’s Spotlight Awards, and was featured on NPR’s “From the Top,” with host Christopher O’Riley.

As recipient of the inaugural Parnassus Society Prize for young musicians, he performed in recital at the Soka Performing Arts Center. Venkatesh holds degrees from the Colburn School, USC Thornton and the IU Jacobs School of Music, under the artistic guidance of Fabio Bidini, Norman Krieger, Jeffrey Kahane, Menahem Pressler and Murray Perahia.

He is represented worldwide by Colburn Artists and is a featured artist on Tonebase.

To this day, he claims to have a new favorite composer every week, including Beethoven. Beethoven’s 250th birthday was in 2020, but the pandemic paused the Grand Piano Series’ tour of all 32 of his piano sonatas. The Series got only as far as the 12th last year.

His playing has been described by the Herald-Tribune as “dazzling pianism verging on the impossible, effortless technical command and authority with a sense of poetry and refinement that belies his years.”

But Venkatesh’s description of Beethoven’s works is equally eloquent.

“The piano works of Beethoven,” the 30-year-old pianist said, “are so incredibly powerful that they somehow inhabit their own universe. So tender, yet so strong. Even in the darkest moments—little pinpricks of light, mystical and magical.”

Of the “Moonlight” sonata, he said, “Some of the pain expressed in the first movement slowly becomes manifest in many of his works. It might have been his oncoming deafness, his Immortal Beloved, which it prefigured emotionally. Beethoven himself called this sonata and the one before it ‘quasi una fantasia,’ or ‘like a fantasy.’ They have many elements of a sonata, but are freer in structure and texture. Beethoven wanted to break Mozart’s and Haydn’s rules of structure and form, and incorporate rapid shifts in dynamics, between piano (soft) and forte (loud).

“Of course Beethoven never gave his works nicknames like ‘Moonlight’ and ‘Pastoral’; those came from his reviewers or publishers, and just stuck.

Venkatesh laughed, confessing that he didn’t agree with the composer’s assessment.

“In the ‘Pastoral,’” he continued, “Beethoven paints an idyllic, tranquil atmosphere, starting with a drone bass and a beautiful first bar which continue to manifest in different creative ways throughout each movement. The dramatic storytelling here is much more refined and delicate.”

Like the Beethoven sonata celebration, Venkatesh’s marathon touring schedule was also interrupted by COVID, until an outdoor live performance of Beethoven’s “Emperor” Concerto this summer at Redlands Bowl.

He and his wife, pianist Eva Schaumkell, who travel widely performing as the Vieness Piano Duo, returned together to a live audience in Ocean Grove, New Jersey, in July.

“I can’t express how wonderful it was after a year and a half to finally return to the stage,” said Venkatesh. “You feed off the palpable energy from the audience. It really drives the performance.”