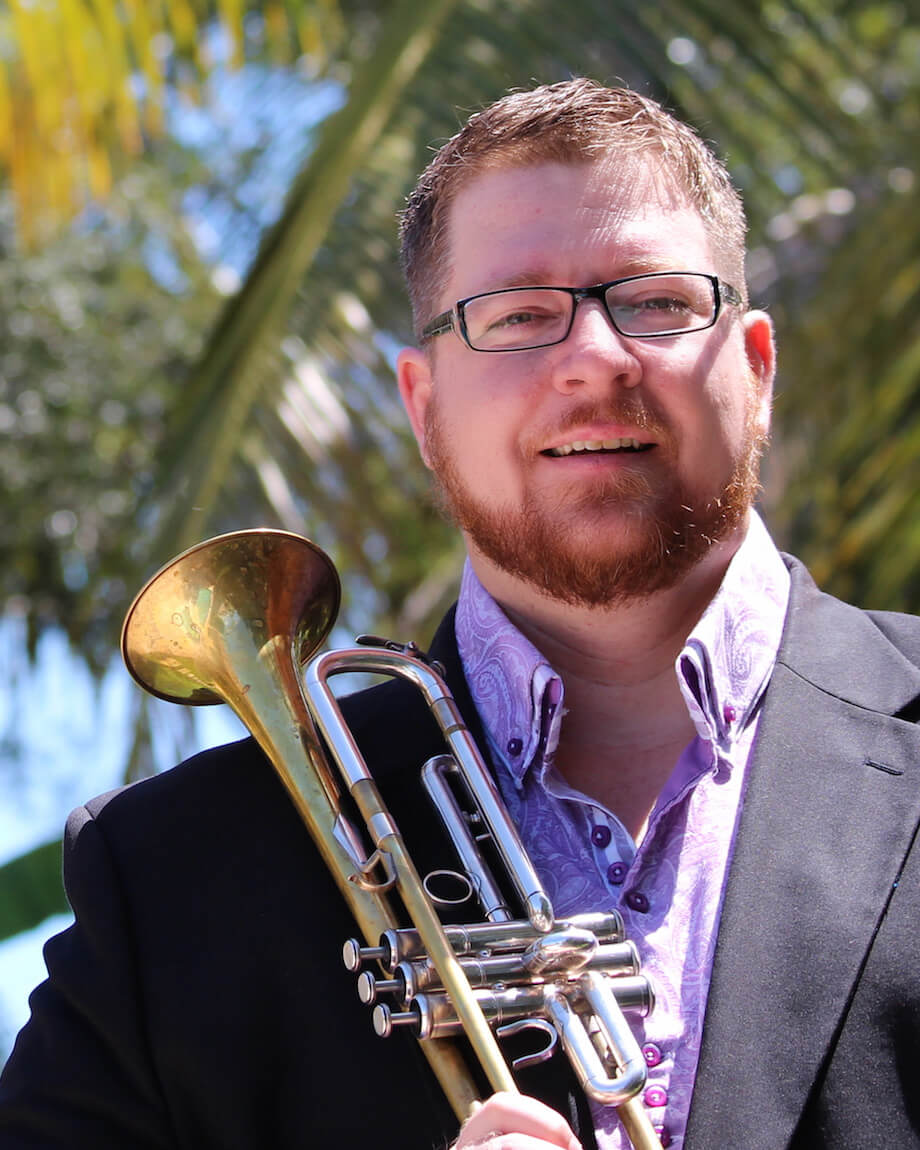 The Bonita Springs Concert Band rings in 2023 with this fabulous, free performance sponsored by Bob and Maureen Lorenz, The Bonita Senior Center and Claudia and Keith Merrill (who is celebrating his 80th birthday). Bring your lawn chairs and enjoy music by talented community musicians at Riverside Park in downtown Bonita Springs.  The band will begin at 2:00 p.m. with Estero Life Magazine’s Gary Israel singing  “O Canada” and “The Star Spangled Banner.”

Performing with the band will be Naples resident and guest trumpeter Dr. Ryan Chapman, a freelance trumpet player with a doctoral degree in music from the University of Miami.   Chapman has played alongside stars such as George Benson, Steve Miller, Henry Mancini’s Big Band, Bobby Rydell, Glenn Miller, The Shirelles, Tommy Dorsey, Kenny Loggins, Paul Anka and Bobby McFarrin.  He will be featured with the band performing  “A Tribute to Harry James” and “A Tribute to the City of Chicago.”

The band will also play numbers such as “Jazz it Up!,” “English Folk Song Suite” and “My Favorite Things.” Grab your lawn chair and bring your friends to this unforgettable concert in the park.