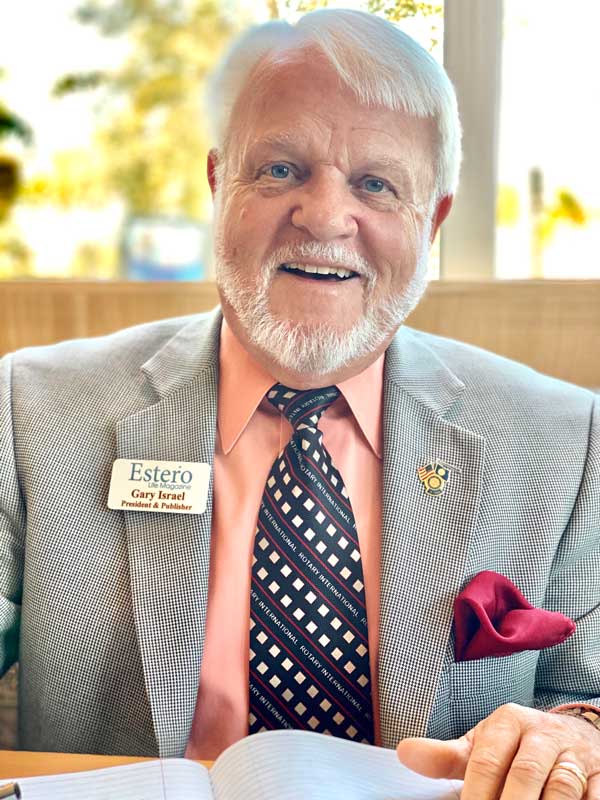 That’s right!! You heard correctly, Estero’s got talent! From the stage to the Council Chambers to the kitchens, Estero is all about talent, expertise and imagination.

For the second time in just four months, Estero Life Magazine will be spearheading support for another talented contestant on national TV. Just as we did for Estero resident Ben Allen on his appearances on NBC’s “The Voice,” we are throwing our energy behind talented teenager Casey Bishop, also from Estero, as she competes for the title of “American Idol.” Casey’s live audition sent her straight to “Hollywood Week.” The show airs on Sunday and Monday nights at 8 p.m. on ABC. We invite you along for the ride and hope that you will all get onboard and help us support this very talented, young singer!

We also discovered another Estero talent in the form of international illusionist Wayne Hoffman, who amazed the judges on “America’s Got Talent” in season 10 in 2015. Since that launch, Wayne has performed in more than 64 countries! We know you will enjoy learning about his journey that has also brought his manager to Estero to help produce his shows from right here in Estero!

Estero is fortunate to also have talent in the Village Council Chambers. On March 17, 2021, we had to say goodbye and a sincere “thank you” to three of our original Village Council members: Bill Ribble, Howard Levitan and Nick Batos. What an outstanding job these three individuals did to bring us so far as a new municipality in such a short time. Job well done!

The Estero Village Council won’t miss a beat, as the Council has brought in three new talented individuals to fill those seats. In this issue you will find that both the Village Connection and a feature story are dedicated to introducing you to the new members on the Council, Joanne Ribble, Larry Fiesel and Jim Ward. We invite you to take this opportunity to get to know more about your new Council members.

Estero is now becoming a “hotbed” for culinary talents, too. Since the openings of Zino Ristorante and Skillets, the Estero restaurant scene has recently added two new players. Last month we brought you Amfora, and this month’s dining feature introduces you to T42, the latest concept located in the former TGI Friday’s at Coconut Point Mall. T42 is a unique restaurant featuring a relaxed atmosphere and small plates of seafood, American Bistro and Italian cuisine, all designed to be shared with family or friends. You will surely enjoy the experience!

We are happy to continue to find “happenings” around our area and Scene on Site experiences we can share.

Finally, we pray for many blessings for those celebrating Passover and Easter. May God continue to smile down on us here in Estero.

So, until next month, don’t forget to…Enjoy the Good Life: Estero Life!!!