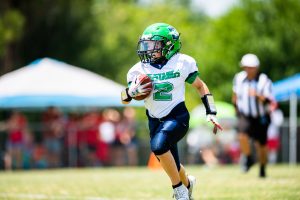 Build a press box, bleachers and then a stadium.

The Estero Mustangs’ youth football and cheerleading program directors are thinking big. They have a vision, they have an active group of parents, and they have a fundraising plan.

Their vision takes into account this area could see an increase of 3,000-3,500 youths in the next decade.

This spring, 129 boys ages 5-14 have been playing football and about 60 girls are cheerleading in five age divisions. This fall, the organization predicts those numbers will rise to 150 boys and 85 girls.

Ciara Cobo, who took part in the program as a youth, is in her second year as athletic cheer coordinator. Daughters Kailea and Kali are now involved, too.

“I remember going to competitions, stunting, traveling and making friends,” she said. “I decided when my youngest was old enough, I’d be a coach.”

Cobo said the program has become much more competitive in the last few years.

“This is good because if they want to go to high school cheerleading, they have to perform under pressure before a large crowd,” she said.

“We want to bring more girls to the organization,” she said.

Fundraising on the football side is being coordinated by Giuliano Farina, who is an experienced fundraiser, having worked for groups of around 1,000 youths in New Jersey.

On the flip side, the Mustangs would like to give back to their community, organizing food and clothing drives for local nonprofits.

“We’re shooting for the stars,” Farina said. “We want to get the Mustang name out.”

Dave Ackley coached flag football for eight seasons before he took on coaching duties of the Mustangs’ 12-and-under team. He said coaches keep in close contact with parents. If they find out the players have been acting up or their grades start to slip, their playing time goes down.

Jermaine Skinner brought his son Jermaine, Jr., and daughters Jaleah and Kree to the program from Fort Myers, and they like it.

“I really like the organization,” he said. “I like the way they operate and take care of the kids. They make sure they have everything they need, and they’re well-coached. All my kids say, ‘Dad, we really like it here, and we want to come back next year.’”

Tom Curley, whose son, JJ, plays on the under-14 team, said the program has more than great coaches; it has great people.

“It’s really helped him a lot — he loves it there,” Curley said. “He really embraces the whole team concept. He feels part of a team. And the football part, he’s gotten so much better on the fundamentals of blocking and tackling.”

Build it, they will come?

Rose is a commercial real estate broker so he sees the growth in Estero. Projections call for the village to see an increase of 18,000 people by the year 2030. Rose said he’s hearing at least one-third of that number will be families. 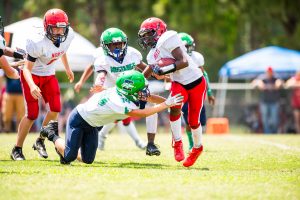 While his goals may seem big, he also realizes wants may turn into needs.

“Things aren’t plans if just talking about them,” Rose said. “Youth sports may not be the most important, but it’s one aspect of building a community. So we have to set a vision.”

A compression dome would alleviate the challenges of rains that come with after-school practices, he said. Getting additional land will be needed for additional fields.

Rose came from a community in Connecticut where there were six schools. Some had more resources than others. He doesn’t want to see that here.

“I’d like to see two programs, like a Division I and II,” he said. “That’s why we want to build it out. I don’t want to see it grow so quickly there’s an Estero East and West, but I don’t want to be in a situation where we have to cut kids. I’d like the programs to have the same resources and have more experienced coaches helping the younger kids learn. I think it’s better than an inter-town rivalry.”

Rose’s vision is to develop football teams that will help Estero High and junior varsity teams win championships and draw the attention of college recruiters.

“I’d like kids to come to Estero because that’s the powerhouse school,” he said.

However, Rose knows there’s a lot of work to do. He feels a good foundation has been put in place, and he wants to keep growing it.

“We’re standing on the shoulders of giants,” he said. “It’s a full-time job.”

Interested in learning more or registering for the fall season?

Registration for Estero Mustangs football and cheerleading is now open at EsteroMustangs.com 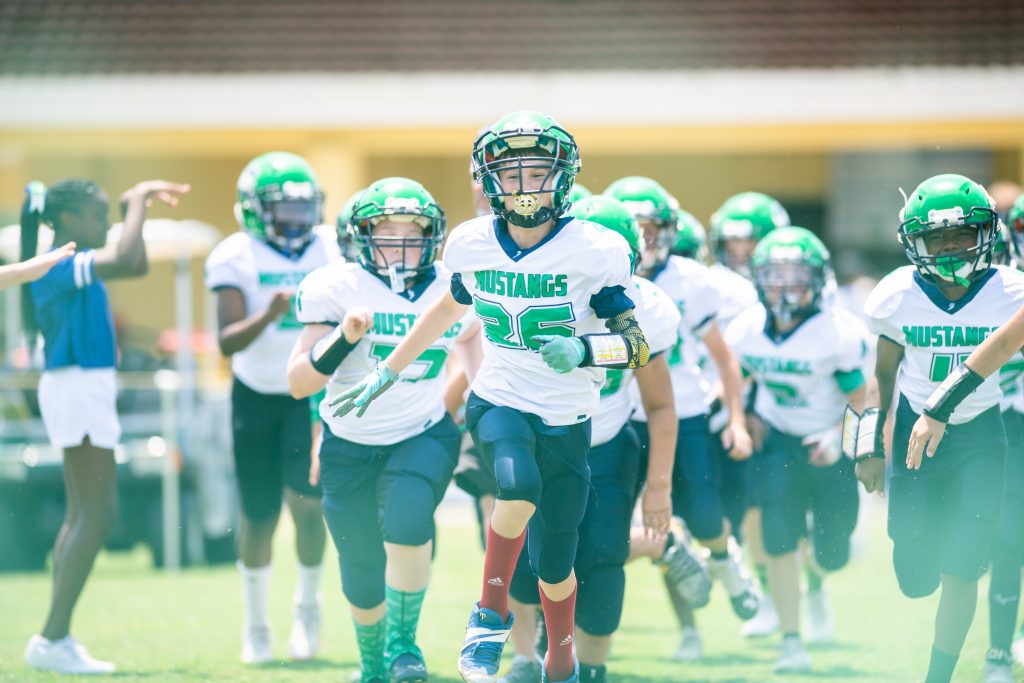 Estero Mustangs players ages 10-12, coming out for a game 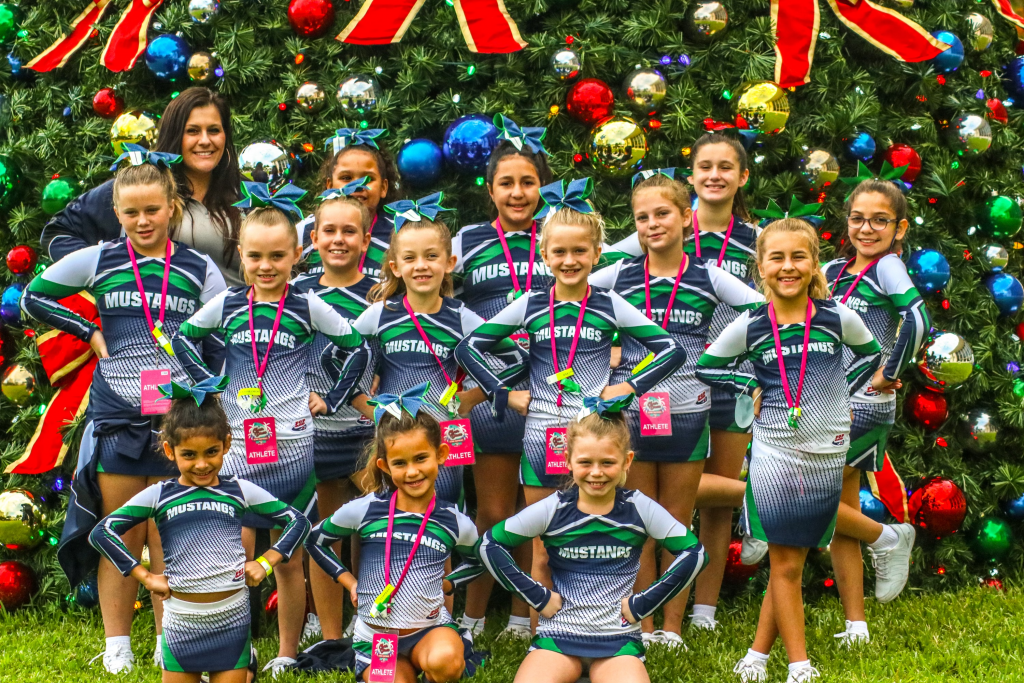