Longtime Estero advocate Eileen Galvin passed away on Feb. 21, 2018, having left a memorable mark on our 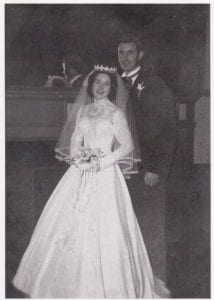 community with her many contributions and acts of service. She was a strong, Irish woman who was tenacious in anything she set her mind to do, says Veronica Antoniazzi, her friend of over 50 years.

As an example, Antoniazzi recounted the grim prognosis Eileen received after a severe auto accident about 40 years ago. She was a young mother at the time and refused to accept that she would walk with a limp the rest of her life. 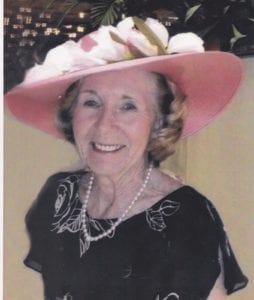 “The inside of her body had holes throughout, and they couldn’t repair it all,” recalls Antoniazzi. As a result of Galvin’s injuries, one leg was shorter than the other. “She said she wouldn’t walk with a limp, and she didn’t walk with a limp. She lived to be in her 80s and was such a fighter.”

Galvin fought just as fiercely for quality of life issues, and she loved engaging in politics. She was a longtime board member of the Estero Historical Society and was active in the Irish Heritage Society of Southwest Florida, the Estero Chamber of Commerce and Our Lady of Light Catholic Community.

“When Estero was becoming a Village, she got right in there also,” says Antoniazzi, who was Galvin’s backyard neighbor in New Jersey before becoming neighbors again in the Villages of Country Creek. “She was a doer. She loved politics, and she had a solution for every problem — and she let you know about it!”

Galvin was born in New York City on June 26, 1930, and grew up in a proud Irish-American, Catholic family. She 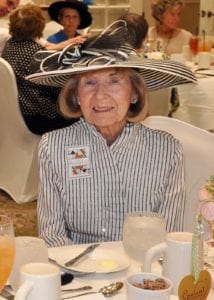 was married to Irish football player Ambrose Galvin, and together they raised two children, Thomas and Ellen, in Bogota, New Jersey. When they retired to Estero, the Galvins became involved in promoting Irish heritage and in fundraising for Catholic Charities.

After Ambrose’s passing in 2001, Eileen continued to be involved in a number of local organizations. She was the head of the Nominating Committee for new board members of the Estero Historical Society and was responsible for planning the society’s annual Christmas Luncheon. Galvin may be most well known for her role as chairperson of the annually anticipated Fashion Show and Luncheon for Our Lady of Light (for which she was diligently preparing during her final days).

“She was not a knitter or a crocheter; she was active,” says Antoniazzi of her beloved friend. “She loved politics and clubs and playing cards, and she loved her family. She was tenacious.”