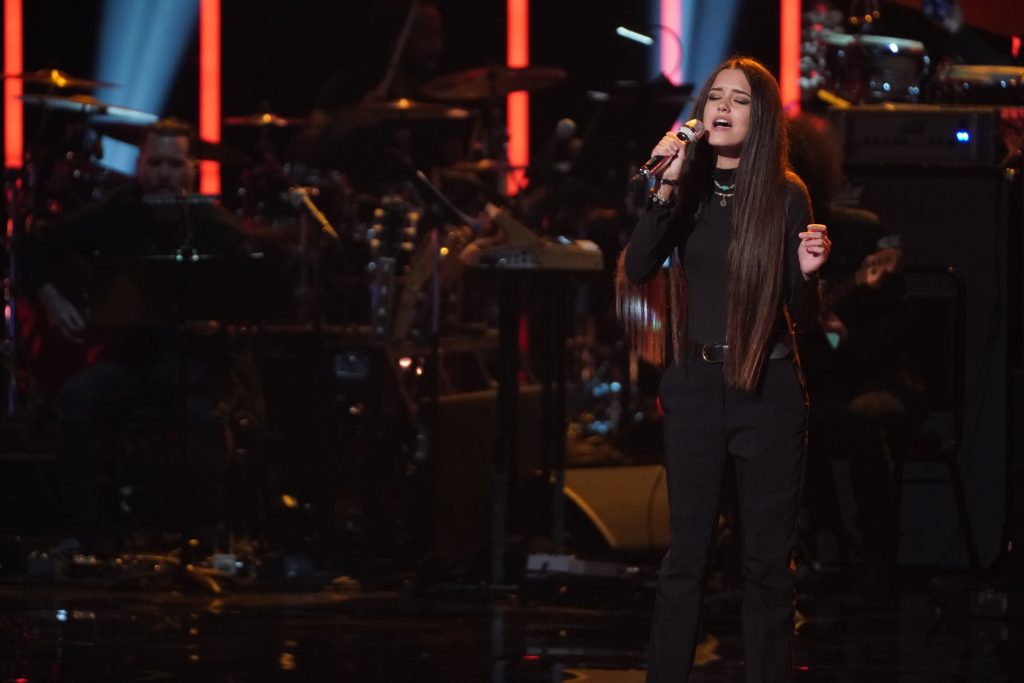 The 16-year-old singer recently got some tips from guest mentor Brandon Boyd, lead singer of Incubus, and sang a duet with him on Monday’s show. If she makes it through this week, she’ll be in the top 16.

“I asked him, ‘If you’re nervous before you go on stage, how do you calm yourself down and stop overthinking it?’ He told me, just have fun and be in the moment and don’t think too much about it—just enjoy it all,” Bishop said.

She took Boyd’s advice and says this week’s solo and duet performances are the most fun she’s had yet. She hopes her improved stage presence not only comes through to judges Katy Perry, Luke Bryan and Lionel Richie, but also impresses America.

“I don’t know if I feel safer or in danger with America voting,” Bishop said. “It’s totally mixed emotions. With the judges, it’s unpredictable. With America, it’s more like a popularity contest. Yeah—whatever happens, happens.”

If her fan mail and growing social media presence are any indication, Bishop has nothing to worry about. She now has about 40,000 Instagram followers, and she has received encouraging messages from people around the nation and the globe—as far as Brazil and Iran.

“It’s just so crazy how someone from Iran is seeing my stuff and taking the time to send positive messages all the way across the world,” she said. “I’m super grateful for all the love I’ve been receiving.”

There’s even love among the show’s contestants, which Bishop now considers like family.

With the level of talent around her, Bishop was afraid she would be sent home after last week’s Showstopper performances. She was brought to tears when the judges advanced her to the top 24.

“I was just seeing so many talented people sent home, yeah, I really thought I was going home,” she said. “The mind games I was going through—I just couldn’t help but let it out at the end of that week.”

During live auditions at the start of the show, Bryan predicted Bishop would be “Top 10.” He reaffirmed his initial prediction this week on Twitter after the Showstoppers round.

With each new level and performance, Bishop is growing more confident that she belongs on the stage. The energy of singing “Wish You Were Here” with Boyd is something she will never forget.

“I was just having so much fun, and he just really made me feel very comfortable. He’s so nice, down-to-earth and humble,” Bishop said. 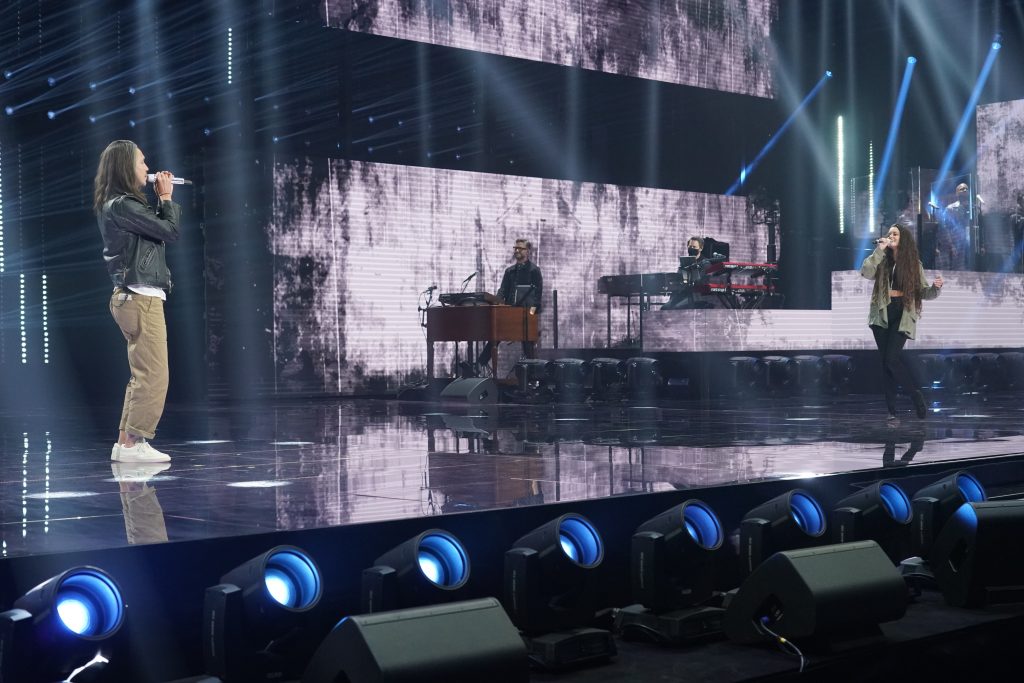 For the first time this season, America will get to vote after the All Star Duets and Solo Rounds air this Sunday and Monday, April 4 and 5. Overnight voting begins following each duet episode, and four contestants will be eliminated from each duet group. Top 16 results will be revealed next week during the April 11 episode.

Fans can vote via text (numbers will appear on screen during the episodes), via the American Idol app, or on AmericanIdol.com/vote.