After a diverse career in academia and international consulting, Gary Bonvillian is volunteering to put his talents to work for his chosen community of Estero, Florida. 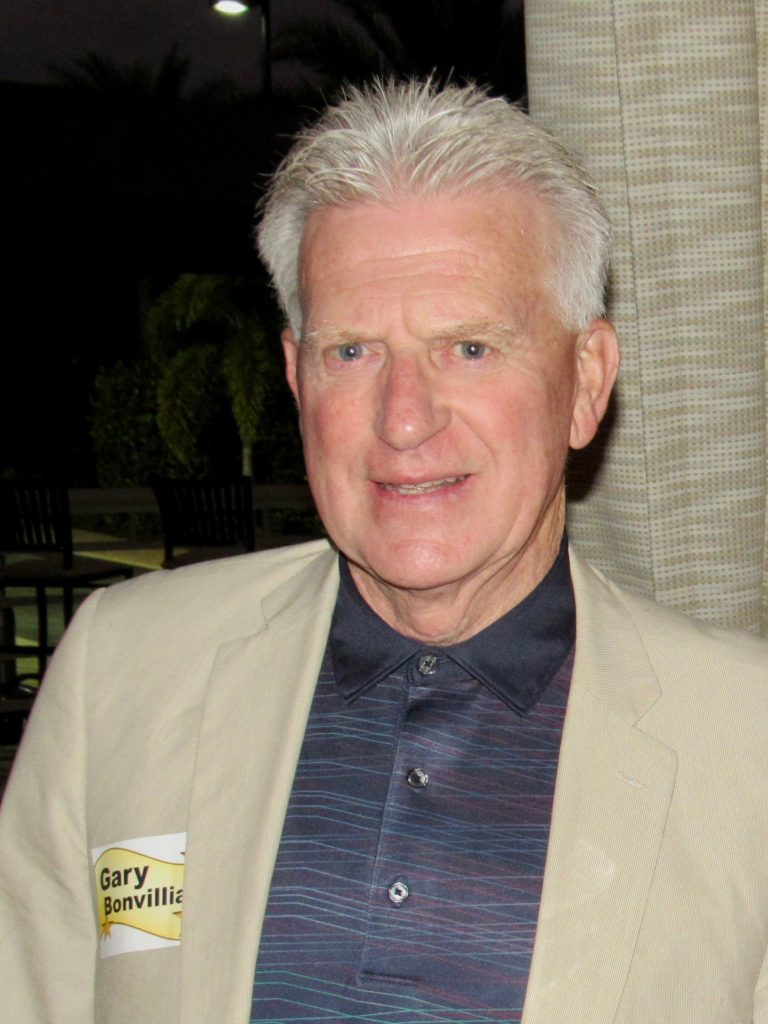 In these volunteer roles, Bonvillian is working with Amir Neto, assistant professor of economics at Florida Gulf Coast University (FGCU), to obtain a federal grant so Estero can formulate an economic development strategy.

Over the coming year, the Chamber’s economic development office, led by Bonvillian, will collaborate to develop a strategic economic plan which will be supported and adopted by the Village of Estero.

The $140,000 grant application – half of which will be matched by the Village, the Estero Chamber of Commerce and FCGU in manpower and operational support – is under final review from the Southwest Regional Planning Council. That organization works with the Economic Development Administration in Atlanta, which has given its support for the grant.

Neto and Bonvillian said the grant will support an assessment and subsequent strategy recommendations for economic development in the Village of Estero based on its strengths, opportunities and capacity.

Because of the Village’s “government lite” philosophy, Estero is partnering with the chamber of commerce for economic development, explained Estero Chamber President and CEO Nolen Rollins.

Bonvillian and Neto will gather information and present recommendations, but Village of Estero leadership will ultimately make decisions on how to act.

“I always say this project is to help the community of Estero,” Bonvillian said of its collaborative nature.

Input will be sought from a number of experts and organizations, both within Estero and throughout the Southwest Florida region. This includes the Southwest Florida Regional Planning Council, which connects the governments of neighboring communities on “big issues” and “real solutions,” along with Career Source Southwest Florida, a network of career development professionals who connect local workers and employers.

When Rollins asked Bonvillian to lead Estero’s economic development efforts, he was eager to do so. He brings proven skills as an effective collaborator, Rollins said.

Bonvillian, who holds a PhD, served as president of Thomas University from 2006-16. During this time, the school’s enrollment doubled in the U.S. and grew to 1,200 students in the People’s Republic of China. Thomas operated three of only four government-approved, foreign programs in nursing in China, as well as a baccalaureate program in business.

Bonvillian served as provost and vice president of academic affairs at Keuka College in New York; dean of the school of business and health professions at Colorado Mesa University; and held leadership and faculty positions at Rochester Institute of Technology.

In the early days of FGCU, Bonvillian was associate dean for the College of Business and founding director of the Center for Leadership and Innovation at FGCU.

After leaving the academic world, he became senior director of international programs and research for the Lotus Education Group in Xiamen, China. Bonvillian also is a U.S. Army infantry veteran who served in Vietnam.

As someone who has lived and worked in diverse places, Bonvillian says what impresses him about Estero is the number of people — largely retirees — who have lent their talents to Estero’s historic efforts toward economic development through organizations like the Estero Council of Community Leaders and the Estero Chamber.

And they continue to do so, even after the Village of Estero’s incorporation.

“It’s almost extraordinary,” Bonvillian said. “There’s so many volunteers who run operations because they have no staff.

The Estero Chamber itself runs largely on the manpower of five volunteer staff members.

“There’s a heavy concentration of retired or semi-retired, top-quality leaders in Southwest Florida, and these people have much to offer from past experience,” said Rollins. “They would rather volunteer to help a community meet its needs than play golf and tennis.”

Bonvillian said Estero needs to have a representative at meetings with Lee County’s top economic organizations, particularly the Horizon Council, a public-private board which advises the Lee County Board of Commissioners on economic development issues.

Estero can’t rely on neighboring cities to do the work.

“You have to have a presence of your own,” he said.