From ‘shy’ kid to confident country singer, this self-taught musician shares his journey to become one of Southwest Florida’s up-and-coming stars.

On stage, “The Voice” contestant Ben Allen oozes confidence as he croons in his classic country voice. He’s been so “consistently good” — as coach John Legend put it — that nothing less than a perfect performance is expected every time.

What America might be surprised to learn is this Estero, Florida, resident was once a shy kid who would never even sing a solo in the church choir.

“I never had the nerve to stand out as a youngster,” Allen said. 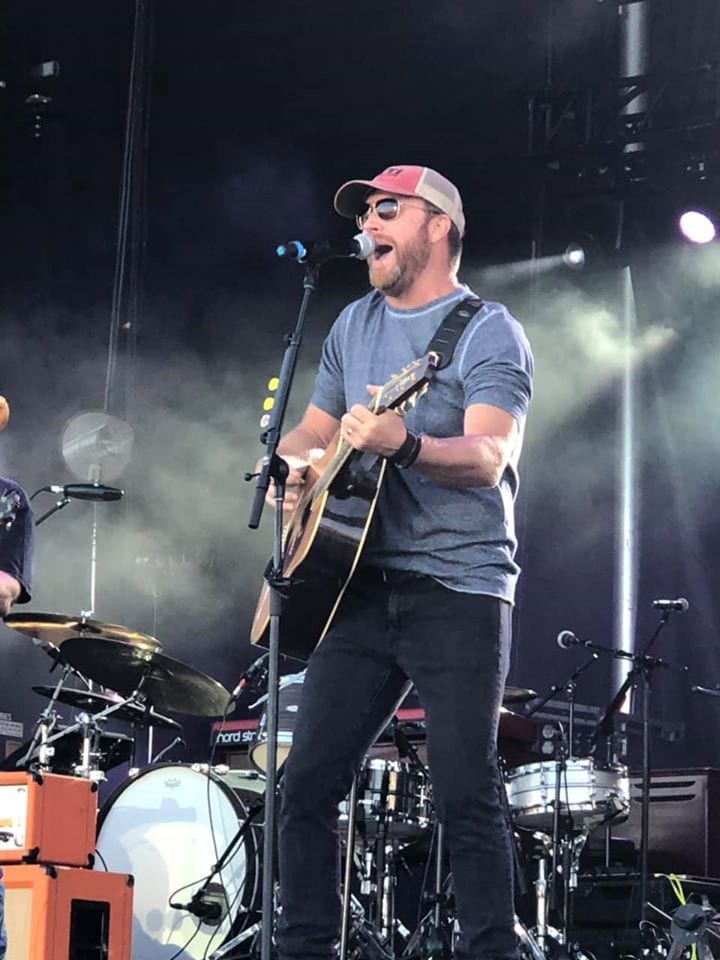 That might come as a shock to the thousands of Ben Allen Band fans in Southwest Florida, where, pre-COVID-19, Allen was performing two-to-three shows a week.

Equally surprising is that this East Tennessee native, who lived in a suburb of Music City for nine years, didn’t play guitar or sing publicly until he moved to Southwest Florida. While most people move to Nashville to launch a music career, Allen’s journey took a different trajectory.

“If I had never moved down to Florida, I would’ve never turned into a musician,” said Allen, whose “day job” is a construction inspector with Collier County Growth Management.

Back in Tennessee, he worked a variety of jobs, including driving a semi truck and flipping houses. He also owned a small power-sports business selling used motorcycles and four-wheelers.

“All that time, I was right there on Nashville’s doorstep, and I don’t think there was a single time I went bar-hopping downtown checking out the music scene,” Allen confessed. “I was so far removed from anything like that. It was like a distant, ‘Wouldn’t that be cool?’ kind of dream.’”

When the recession hit in the late 2000s, Allen shut down his business in Tennessee and took the opportunity to move to the Sunshine State, where the housing bubble had burst, making the cost of living more affordable. His first job was with the Collier County Water Department.

“I had always been into racing motorcycles and bicycles. When I moved to Southwest Florida, all that was gone, and I pulled this guitar out of the closet,” Allen said. “I barely knew anything. I just started playing guitar on my own. I knew I loved to sing, and I thought, ‘It sure would be nice to accompany myself all the way through one song.’”

Another surprise: the first song he taught himself to play was not country. It was by rock band Matchbox Twenty. But country is where Allen inevitably landed: “As you start learning songs, you gravitate to where your heart is.”

Today, Allen is known for strong vocals with a classic country twang that moved “The Voice” coach and hit country singer Blake Shelton to turn his chair in less than five seconds during the show’s “blind auditions.”

Being coached by a country music legend on “The Voice” was the first time Allen ever had a voice lesson. He’s now being coached on stage presence by Gwen Stefani, who “stole” Allen over to her team during the Knockout rounds, saving him from elimination.

Shelton chose country trio Worth the Wait over Allen, citing the potential to work with family singers who are “still in development,” while Stefani called Allen’s rendition of “She Got the Best of Me” his “best performance yet.”

On the Ben Allen Band Facebook page, his Southwest Florida fans commented their suspicions that Shelton and Stefani, who are engaged, may be covertly playing out a strategy for Allen.

“I could not script it any better than the way it is currently working out,” Allen said. “I wanted very much to be on Blake Shelton’s team. He’s an icon of country music. Just being in the room with the guy was amazing. He’s a big trash talker, and I am too, so that was a lot of fun.”

“I’ve been a Gwen Stefani fan since I was in high school,” said Allen. “It’s amazing to get to work with somebody you have known in your mind as a superstar. She knows how to handle the stage, and that’s something we’ve been talking about.”

Expect flawless vocals and stage presence to match when Allen performs during live shows starting Nov. 30. That’s when America gets to sit in the coach’s chair and vote for their favorite singers on The Voice official app.

About 40,000 people auditioned to be on The Voice this season, so just getting a shot to sing in the blind auditions was a major hurdle. From those 40,000 hopefuls, the coaches each selected just 10 for their teams, resulting in 40 contestants at the start of the show.

While the whole experience has been amazing for Allen, it’s a huge commitment of time away from his life and family in Southwest Florida. The COVID-19 pandemic shut down most concert venues and local events, so the timing worked. The Voice has given Allen’s fans a new channel for their support.

Ben Allen’s wife – the inspiration behind the voice 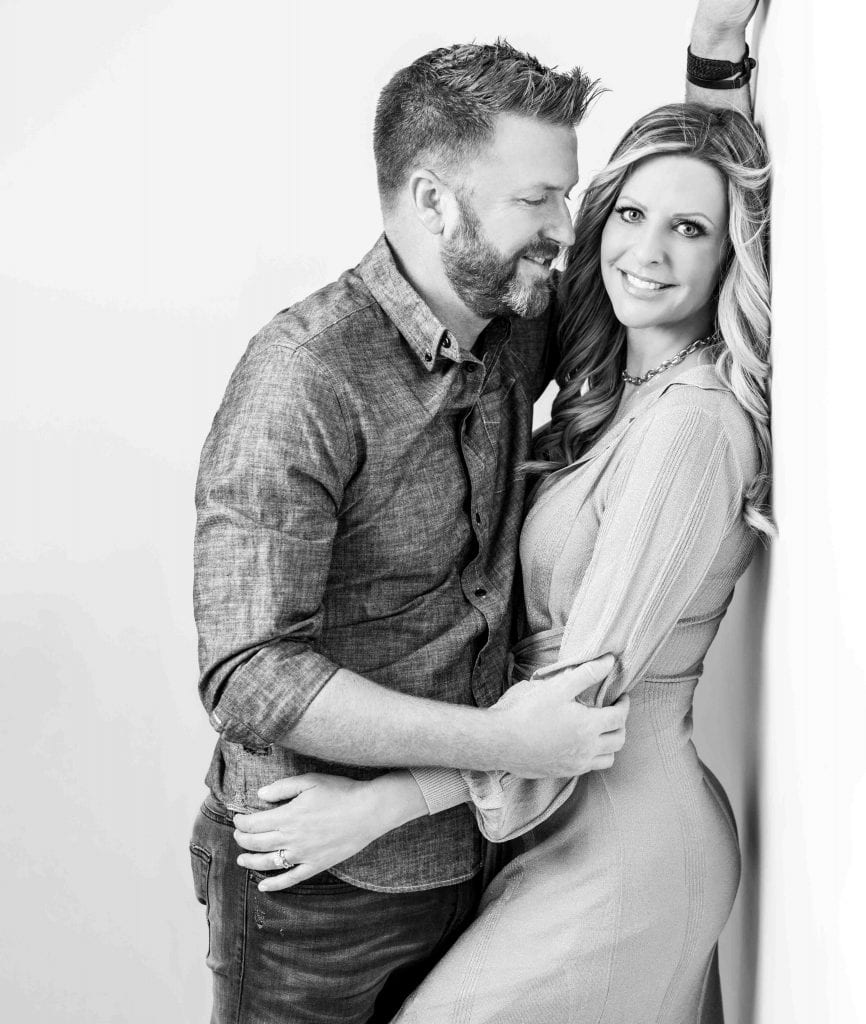 “We saved each other,” said Laura Youmans

His biggest supporter of all has been Allen’s wife of two-and-a-half years, Laura Youmans, to whom he dedicated his Knockout round song.

“It was very sweet of him to do. He knows it’s been difficult,” said Youmans. “He’s been gone for 100 days so far this year.”

Youmans has a busy life as well. She not only runs her own interior design business, but also takes care of the couple’s three dogs, including a new pup named Maisie. The family also includes Youmans’ son, Logan, who recently graduated from Florida Gulf Coast University with a degree in business management, and Allen’s 12-year-old son, Tristan.

While “The Voice” has dominated Allen’s time lately, Youmans runs Southwest Florida Designs, a business she started in 2008. For the last 17 years, Youmans has worked with Cameratta Companies, the development company behind numerous Estero residential communities, including The Place at Corskcrew, Corkscrew Shores and The Preserve at Corkscrew.

“We’ve done everything down Corkscrew Road,” Youmans said. “I’ve been with them since they’ve been in Florida.” The clubhouse at Corkscrew Shores in Estero was the location of the couple’s first date.

“It was a beautiful spot, and she was able to show me the design work she did,” Allen said. “It’s such a beautiful, up-and-coming community.” The couple was married at that same clubhouse on July 28, 2018.

“We saved each other,” said Youmans of their enduring bond, noting they were both going through personal tragedies when they met.

Youmans’ sister was ill with ovarian cancer. Allen’s brother was killed tragically in a motorcycle accident a month before their wedding.

“We both lost siblings in the same year. It was a dark cloud,” Youmans said. “We’ve been through a lot together.”

Allen credits his brother, David, for inspiring his love of mountain bike racing and for teaching him his first chords on the guitar. After David’s death, Youmans convinced Allen to give up motorcycles, which he’s replaced with bicycling. Seeing him in his biker’s spandex is a completely different look than Allen’s county music attire.

“He’s big into mountain biking,” Youmans said. “He goes to Caloosahatchee Regional Park with a couple buddies at 6 a.m., and he’ll ride trails for four or five hours. Or, he’ll ride his street bike from home and go 20-to-30 miles a day.”

Although Allen characterized himself as “country” and his wife as “city” on the show, Youmans laughs at the suggestion that growing up in North Fort Myers could be considered “city.”

“When he met me, I had two four-wheelers, one for me and one for my son,” she said.

While Youmans knows the “real” Ben Allen, she says the Ben Allen America sees on “The Voice” is one in the same.

“What you see is what you get,” she said. “There’s no airs about him. He is just as humble, a straight shooter…he is what he is. He has never let any of this go to his head.

“And he’s as sweet of a husband as any girl could ever wish for,” adds Youmans.

As much as Allen is enjoying his time on “The Voice”, he says he “can’t wait to get back” to Estero. And, he reassures, no matter how popular the Ben Allen Band becomes, “We’re always going to play in Southwest Florida.”

To his hometown fans, Allen sends this message of gratitude: “Thank you so much for the support given to me during this time. It’s a brief moment that exists. Everybody getting behind me is amazing.” 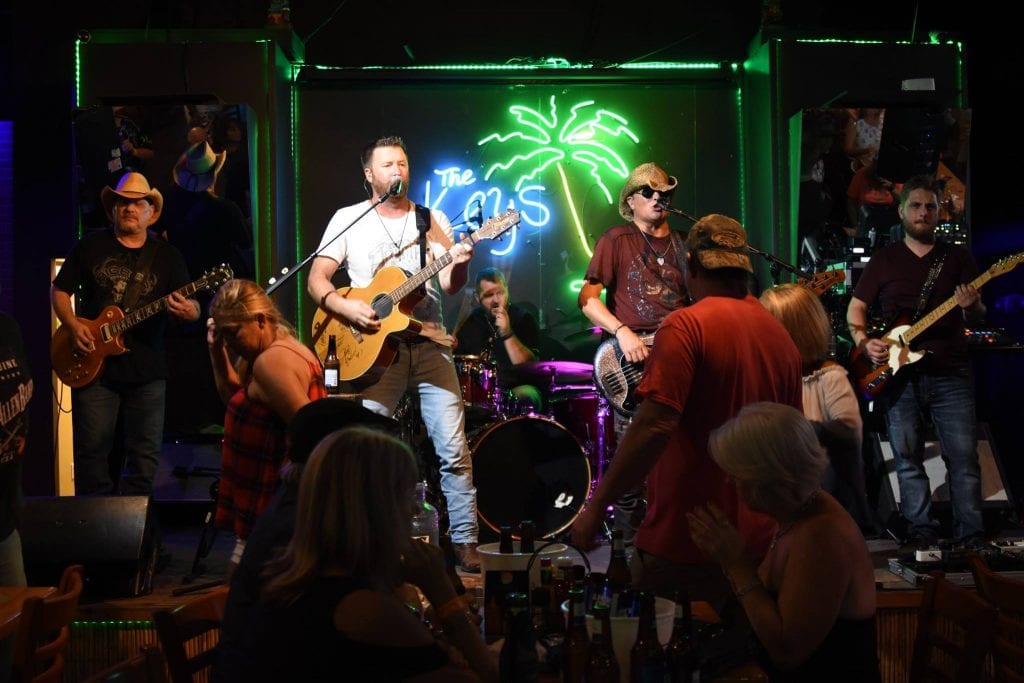 And don’t forget to download The Voice official app so you can vote for Estero’s own Ben Allen!