In a departure from my typical publisher’s message, and in honor of the recent Kelly Cup win by our Florida Everblades, I am offering an inside look at my other “persona.” Although recognized throughout the Village of Estero for being the face of Estero Life Magazine, I am regionally recognized as an accurate and “winning” National Anthem singer.

I didn’t get the opportunity to open the championship game (we’ll get to that later), but I do feel some sense of pride to have made a small contribution to the Blades’ outstanding season. If you attend local athletic events, chances are you’ve seen me in my patriotic attire proudly singing “The Star-Spangled Banner.”

First of all, as a member of the Baby Boomer generation, I understand and appreciate the true meaning of the song’s words. Secondly, I perform the anthem true to its original form without personal embellishments. FGCU President Mike Martin would tell you that at a minute and 22 seconds, I am the closest to the gold standard of the U.S. Navy band. FGCU Athletics Director Ken Kavanagh would attest to the fact that both the men’s and women’s basketball teams have never lost a home game when I have performed the anthem!

But in performing for the Florida Everblades, the scrutiny intensifies every game, and the pressure is on every note. Never mind a seven-season winning streak is on the line — this is the PLAYOFFS!

So, the invitation to sing sorta goes like, “Are you available for Friday’s game, and if we win, are you also available for Saturday?” No second chances. This year the Blades won both home games versus Jacksonville and swept the Icemen in four. Then on to Newfoundland, winning the first two on the road.

With my winning streak intact, I was invited for game three…another Blades win! Then game four…OH NO! The Everblades invited a rookie singer to perform the Canadian National Anthem following my U.S. National Anthem…and the Blades lost! I was done for the season.

While the team never credits the anthem singer for winning, they are always blamed for a loss! That’s just the superstitious nature of hockey.

And in the end, without pressure or anxiety, I enjoyed the jam-packed arena for all the excitement of Game 5 as the Blades brought the Kelly Cup back home to Southwest Florida!Congratulations to the Florida Everblades, and I look forward to my reinstatement as a National Anthem singer for the team’s 25th anniversary season next fall!

Until next time, always remember to… 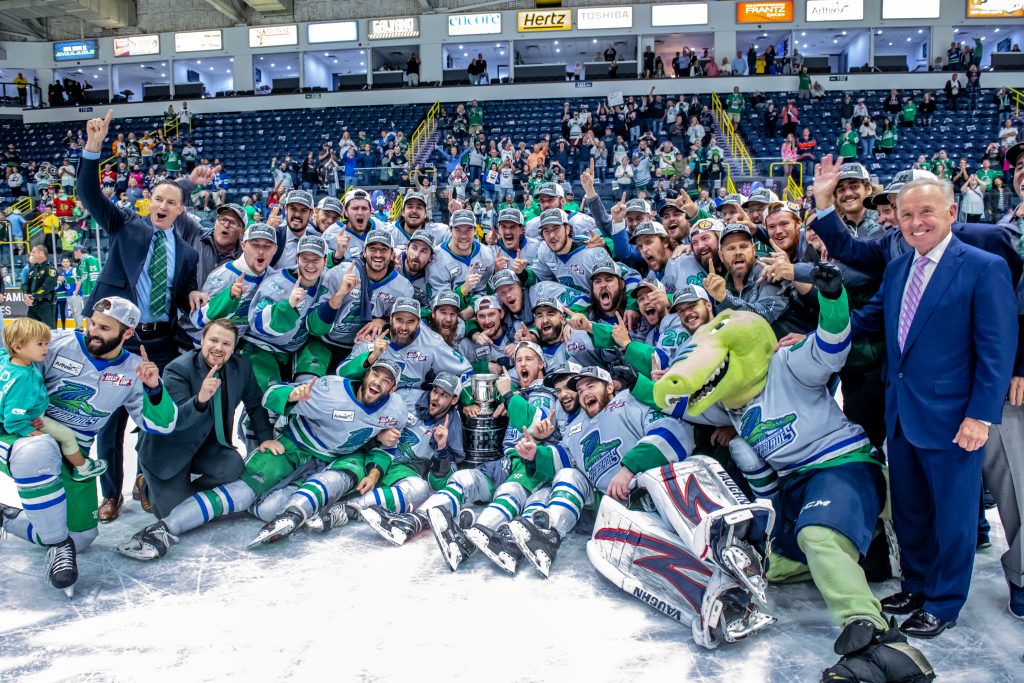