Australia is a long way from the USA both objectively (a 30-plus hour journey including a 16-hour, trans-Pacific flight) and metaphorically. But the smallest continent/biggest island in the world is simply magical.

The Australian mainland is similar in size to the 48 contiguous states but with a population of only 24 million. Further, 80 percent of its population lives on the “Boomerang Coast” (named from its unique shape), which comprises just 5 percent of Australia’s total land mass, making the country one of the most urbanized in the world —contrary to the “outback” stereotype. It is true that 80 percent of the land mass is arid.

British explorer Capt. James Cook landed in Australia in 1770 but was preceded by Portuguese and Dutch explorers and, of course, the indigenous Australians (Aborigines). The First Fleet arrived from England with a cargo of convicts banished to Botany Bay in 1788. Due to European disease and pure racism, the native population crashed from over 300,000 to about 70,000 (though they have now recovered to about 600,000 or 2.5 percent of the current population). Aboriginal rock art has been traced to 30,000 years ago making it the oldest continuous art form in the world. I personally experienced an “Aboriginal nature walk” and was blown away with the guide’s ability to almost “sense” every living creature we encountered, including botany life.

I found the Modern Aussie be friendly, open minded and confident while extremely relaxed (“No worries, mate!”). The society is quite organized (amazing public transportation across vast distances), prosperous and comfortable. The country is aware of all things global and values diversity. Today’s Aussie may think about the Outback but feels greater kinship with the beach, the barbie and sport, where the national teams “punch above their weight” (i.e. win more medals than a small population “deserves”). 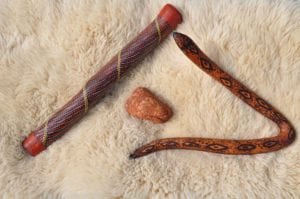 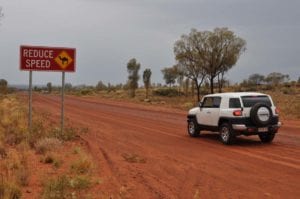 During a weekend visit to Australian “friends of friends,” my wife and I received great insight into daily life in Hunter’s Valley, a famous wine region about a two-hour drive north of Sydney. We arrived very late but were greeted so, so warmly and treated to a wonderful, candlelit gourmet dinner with excellent, varied wines until the early hours of the morning. After a sound sleep in the quiet of the “bush,” we were awakened by the most amazing cacophony of unfamiliar bird sounds.

Following an excellent breakfast, we were taken on a guided tour which showed strong pride in the region. Australian evolution followed an unique path: whilst cuddly koalas, kangaroos and wombats exist, so do many of the most poisonous snakes in the world. The inland taipan is 50 times more deadly than a cobra. Funnel web spiders, box jellyfish and blue octopus extend the need for anti venoms! Our friends’ house had several spades leaning by entrance doors to combat snake intrusions. We also met their two Dalmatians, one of which was recovering from a brown snake bite. A week or so after we left, the other needed strong anti-venom against a spider bite. 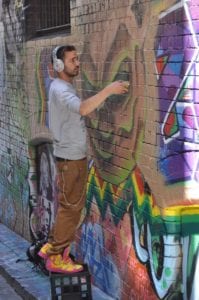 Our official tour started in Melbourne, the capital of Victoria, one of Australia’s six states, which federated only as recently as 1911. When gold was discovered in 1851, Melbourne became the richest city in the world. Its Victorian roots are still evident in its architecture, and Melbourne is a center for jewelry, particularly opal. The modern city oozes culture but is also a sports capital. It is quite cosmopolitan with a cafe society reflecting the outdoor lifestyle. The Victorian layout has led to “lanes” becoming art centers with Hosier Lane showing spectacular graffiti. The best way to see the city is from the 88-story, 984-foot Eureka Tower, the highest in the southern hemisphere. Alternatively, take the free “35 Tram.”

Melbourne is a gateway to two magical natural phenomena. The first is The Great Ocean Road, a 243-kilometer drive along the southern coast with spectacular scenery culminating in “worship” at the Twelve Apostles, limestone pillars created by wave erosion. The other is the sight of thousands of Fairy Penguins emerging from the sea to go home to their nests at sunset — a superb example of commercial-ecological cooperation at Phillip Island.

Next up: a flight to the Red Centre — the Uluru/Kata Tjuta National Park (formerly called Ayers Rock/the Olgas) in the Northern Territory. Every day, hundreds gather to see the 300-meter monolith’s colors change as the sun rises or sets. It is easy to understand why it is considered sacred; one is stunned with awe. We hiked and took helicopter flights to appreciate the beauty from all angles. The 12-kilometer hike around Uluru is best started before dawn to reduce time in the blazing sun. We also hiked the Walpa Gorge after the first rainfall in seven months, producing rare, spectacular waterfalls. One final must: we attended “The Sounds of Silence,” a gourmet wine dinner featuring western and “bush tucker” meats under the sparkling stars of the desert with the Southern Cross constellation a highlight. The extremes were evident: didgeridoo music and dance versus a western astronomer’s guide to the night sky.

To add adventure, we decided to drive — for two full days — to Alice Springs in the center of the country. Four-wheel drive is necessary to tackle the red dirt, corrugated ways (enhanced by rain).  But the sign postings were excellent with warnings of crests, gullies and even camels! This drive brought home the incredible vastness and emptiness of The Outback — surprisingly so few creatures, fauna or human. 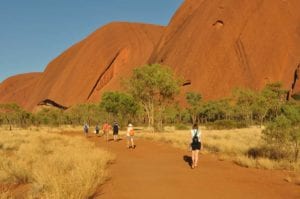 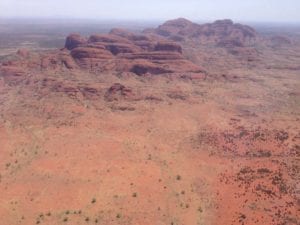 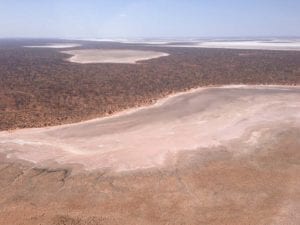 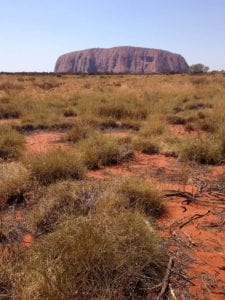 Another flight, another world — The tropical northeastern Queensland and Cairns serve as gateway to sugarcane fields and the largest living creature on earth: the Great Barrier Reef (which stretches 2,000 kilometers). We voyaged to Agincourt Reef, near Cape Douglas, and chose to snorkel and view the corals and accompanying fish via a mini-sub — amazing! I was fortunate enough to get a helicopter flight back to the mainland, getting an aerial view of the colorful reef structures. A great white shark viewed from the air seems even more intimidating than from the water!

The other World Heritage site in the area is the Daintree River National Park, which contains the oldest tropical rain forest in the world and unique flora and fauna including the highly aggressive, apex predator “Salties” (saltwater crocodiles). Finally, Cairns opens the door to the Kuranda Scenic Railway which offers an amazing 37-kilometer climb past spectacular waterfalls and the stunning Barron gorge followed by a cable-car ride down, skimming the tops of the rain forest. 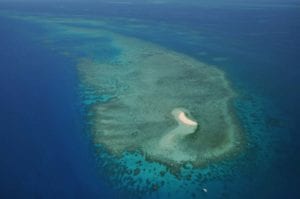 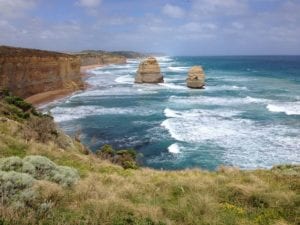 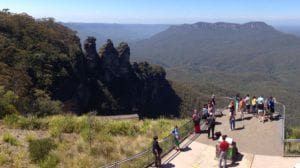 Our final port of call: Sydney! Now viewed as the “Capital of the Pacific Rim,” it is the most populous city at 4.5 million. Globally televised New Year’s Eve celebrations have made the massive Sydney Harbour with its bridge and opera house iconic. It is fascinating to be at Circular Quay (close to where the original convicts landed in 1788) watching ferries weave in and out to the beaches and suburbs. The Rocks historic district shows how much of the city was built out of blocks carved by hard labor all those years before.

A visit to one of the most beautiful cities in the world should be accompanied by a side trip to the fresh air of the Blue Mountains and, in particular, the Three Sisters sandstone peaks. According to Aboriginal legend, the “sisters” were petrified to protect them from inter-tribal conflict. Unfortunately, the spell was not reversed, and now they stand spectacularly frozen at 3,000 feet above sea level.

Our first trip to the Land Down Under can be viewed only as a sampler, and we have every intention to return — to visit our newfound friends and extend the magic to Tasmania and Darwin at the top of the continent and Perth on the west coast.

About the author: Phillip Morgan was born in Wales and holds a PhD in chemistry. He has worked internationally in England, Italy, Belgium, Turkey, Germany and the U.S. He is married to a Cincinnati native with two step-kids and a flat-coated retriever named Pip. The Morgans split their time between northern Kentucky and Estero.